Sauteed acorn squash and brussels sprouts with maple-cinnamon glaze, pecans, and bacon makes for a marvelous side dish to go alongside your favorite fall or winter-inspired entree. 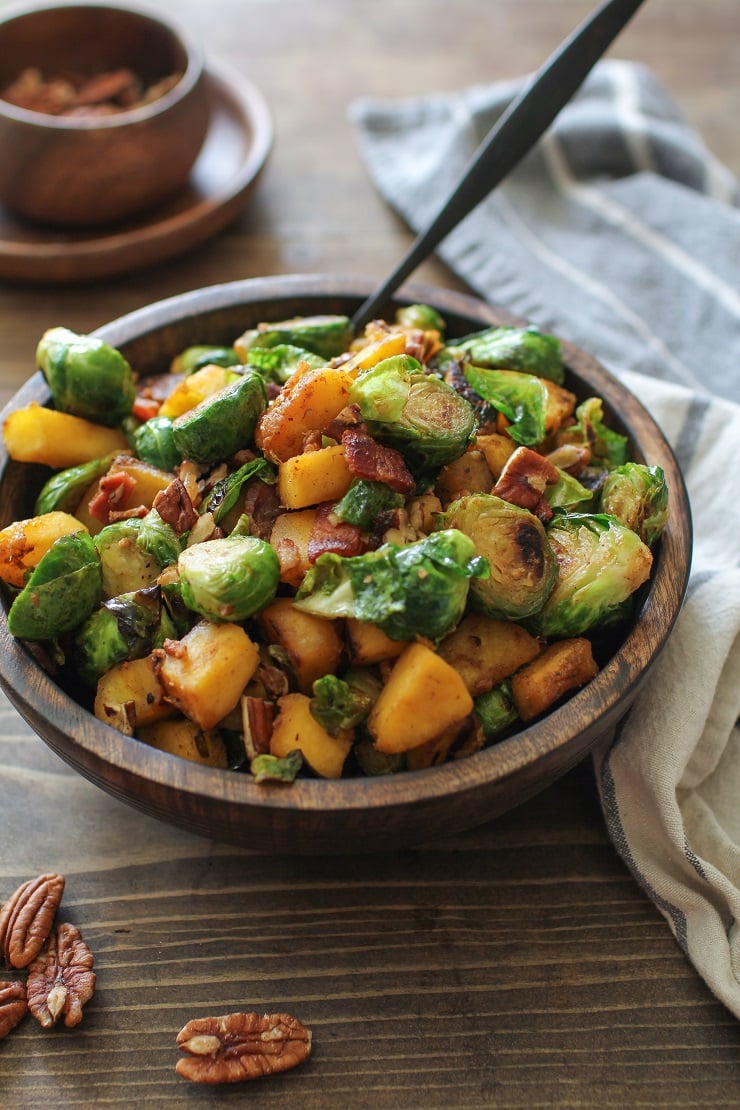 Per my melodramatic gemini ginger way, creating towering mountains out of the tiniest of molehills is my specialty – in a maelstrom of whimsy and irrationalism, no less. Similarly, I’ve been known to make an entree out of a side dish, because let’s face it: from time to time, the multi-faceted side event is so intriguing that it makes you forget about the main event altogether…

…Which is my fancy way of saying, I ate this whole dish in one sitting.

Because, have a looksy. It has bacon.

In my frontal lobe fantasies, this is the perfect side dish for all fall through winter occasions – including holidays, folks! This side dish is a something-for-everyone situation, as it covers many-a-palate. Acorn squash people? Covered. Brussels sprouts people? Covered. Bacon, pecans, and sweet-and-savory lovers? Covered, covered, covered. Essentially, as long as you’re not allergic to fun, you’ll enjoy the multi-faceted features of this veggie expedition. Unless, of course, you’re vegetarian, in which case, you have my full support to omit the bacon. 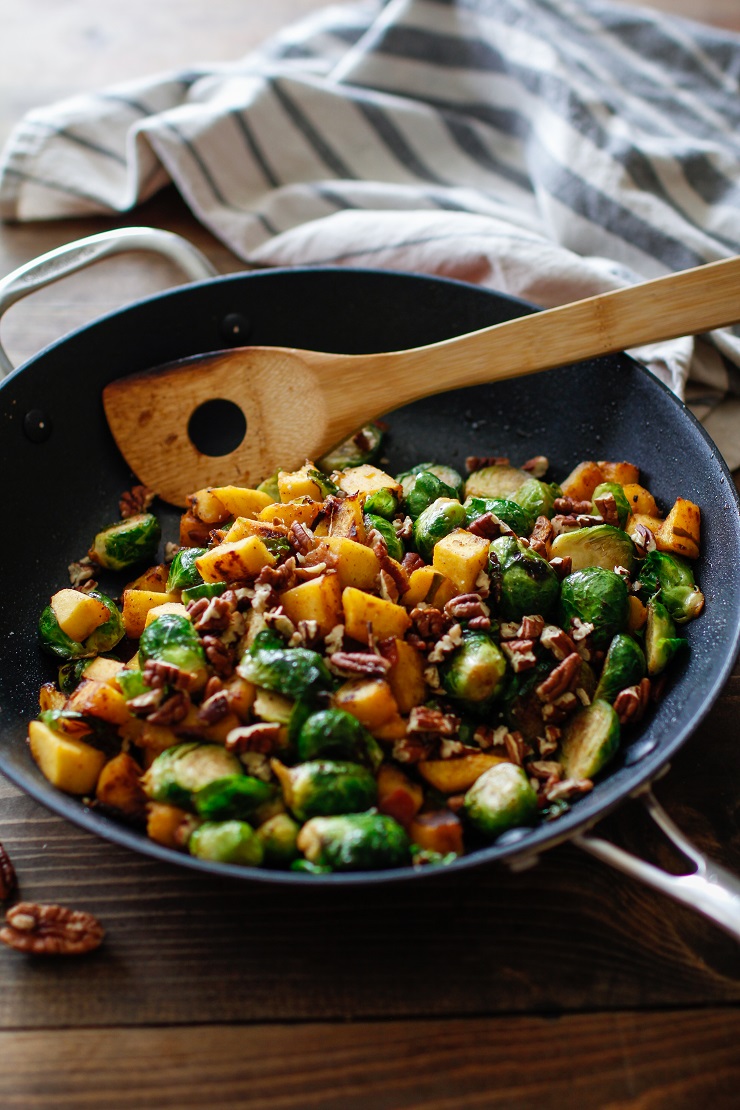 Here comes the tricky part. This side dish requires a few steps. I’ll be the first to admit, peeling and chopping an acorn squash is not my idea of an evening soiree under the stars, but I can reassure you, the effort is worth the final product. Wanna know a trick I use to save some time? I use the packaged brussels sprouts that have already been trimmed and halved. BOOM! That’s efficiency.

In order to cook both the acorn squash and brussels sprouts to perfection, I choose to cook them separately. This way, I don’t run the risk of having either (or both) vegetable turn out over cooked or under-cooked, or worse: one vegetable under-cooked and the other over-cooked…that’d just be a disaster.

Essentially, once the vegetables are chopped and we’re ready to cook, here is our order of operations:

2.) Once the brussels are finished, I transfer them to a bowl and use the same skillet to cook the acorn squash (at this point, you can add more oil to the skillet if necessary).

3.) As soon as the acorn squash is cooked through, I add the brussels back in, along with the chopped up bacon bits.

4.) The part that comes next will require you to exercise your trust fairies. Because next, we add pure maple syrup and ground cinnamon. I know…freaky. It may seem peculiar to add a sweetener to a savory dish, but the salty fatty bacon and sweet pure maple syrup create a beautiful little balance, most favorable to the tongue palate. 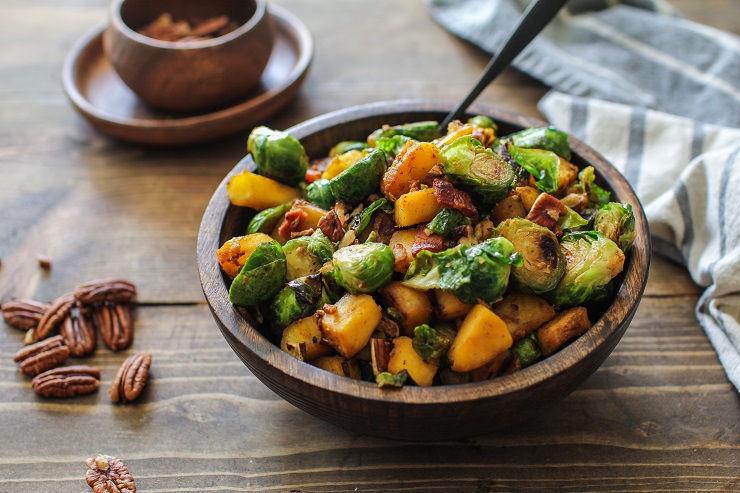 All flavors, textures, heart feels added together makes for a dish I could eat almost every single day. In high volume. Like it’s dessert.

Hey Julia! I want to try this! I usually don't peel acorn squash, I slice it in wedges and roast it in the oven, and have never tried frying it in a pan actually. You think it would work with the peel on? Thank you! :)

Hi Franziska! I bet it would still work with the peel on, and the peel is edible, so as long as you're okay with the rougher texture, I'd say go for it! Let me know how it turns out!

I would make a meal out of this easily, and this would make any entree take a back seat. This is what fall is all about!

This looks totally perfect. I could definitely see making a meal out of it, especially with a fried egg on top...