Wild rice stuffing with butternut squash, pecans, and dried cranberries. This healthy gluten-free stuffing recipe is perfect for sharing over the holidays! 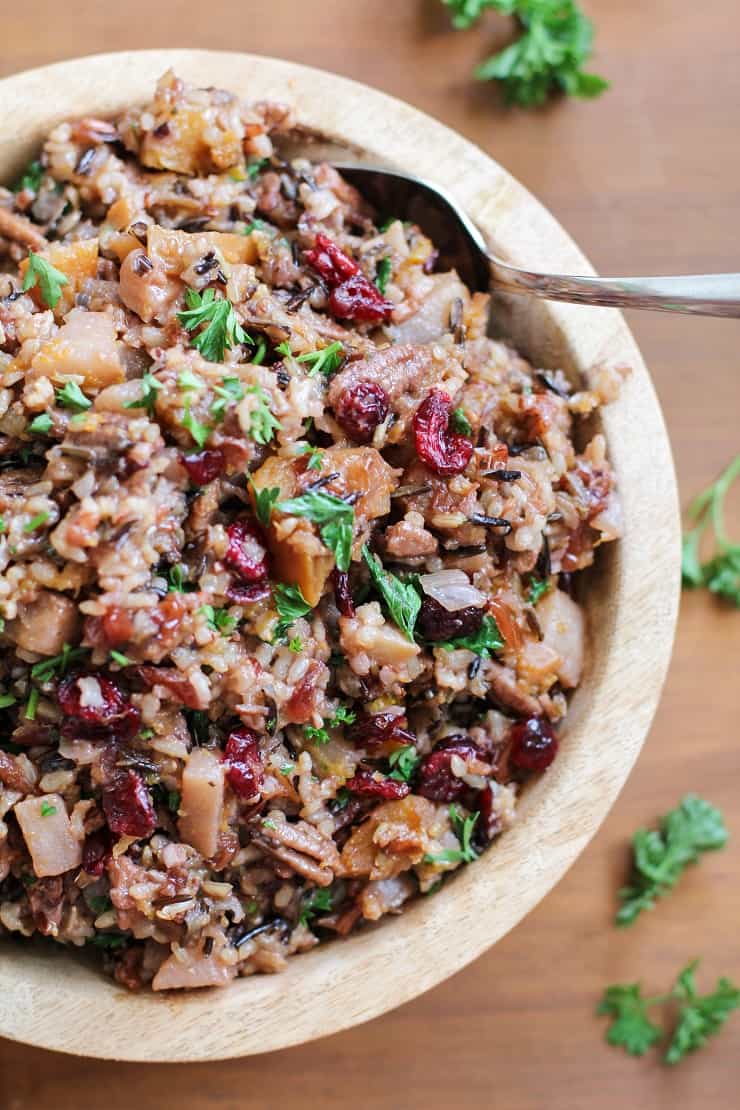 I have a doozy of a confession here, folks.

I’m not a fan of bread stuffing.

BOOM! Can you even believe it?

Or maybe you can relate?

One of my brothers could make the focal point of his entire Thanksgiving feast revolve around the bread stuffing, complete with a mashed potato fortress and a gravy moat.

But not this sista, no sir. There’s just something about the moosh that does me wrong.

And I’m not partial to stuffing that has been stuffed inside the bird cavity, either. Girl’s got stuffing criteria.

But wild rice stuffing (or dressing if you will)? I can dig.

Especially when it’s bedazzled with goodies

All these warm fall flavors make for an inviting dish, and guess what? This recipe makes a ton – perfect for you and your 10 Thanksgiving guests to enjoy.

Make this heaping cauldron of non-bread non-stuffing stuffing for your holiday feasts. 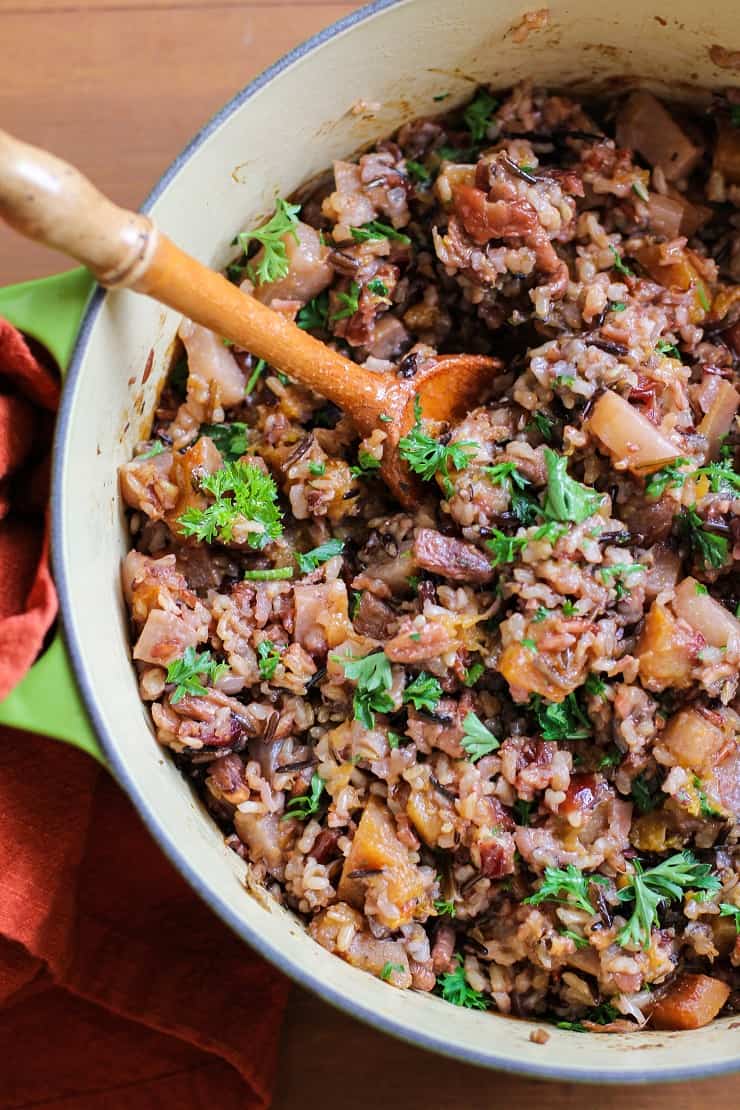 You can sub in an apple for the pear.

Use walnuts instead of pecans.

Swap in golden raisins instead of dried cranberries.

For the liquid, I used water, but you can use veggie broth or chicken broth. Using chicken broth will yield a more authentic stuffing flavor.

How to Make Wild Rice Stuffing:

A little sauté on the veggies, a little steaming of the rice, a little baking in the oven for optimal crisp…you’ve got yourself a gluten-free, vegetarian (or not) stuffing recipe to feed an army of friends and family.

If you make this stuffing recipe, feel free to share a photo on Instagram and tag me @The.Roasted.Root!

Unfortunately, I haven't gotten to eat stuffing in YEARS due to my family loving meat in it...I think I'm going to have to whip up a batch of this all for myself this year!

Hi, looks delicious! When you add the rice, do you add the water that it has been soaking in? About how much water should that be?

Thanks sooooo much for those of us who can't have gluten, and simply those of us who also want to eat healthier alternatives. I'm going to test this recipe this weekend. Thanks!

your confession is fine by me! i only like stuffing if it's in salad form (haha) or your rice! YES! this! AMAZING

This looks wonderful! I love a good rice stuffing, it's not as filling as the bread kind, so I can eat more of the other stuff! ;)