Pan-cooking bison burgers in a cast iron skillet is a quick and fool-proof method that results in a juicy, delicious burger each and every time! Add havarti cheese and homemade pesto for the ultimate burger experience. 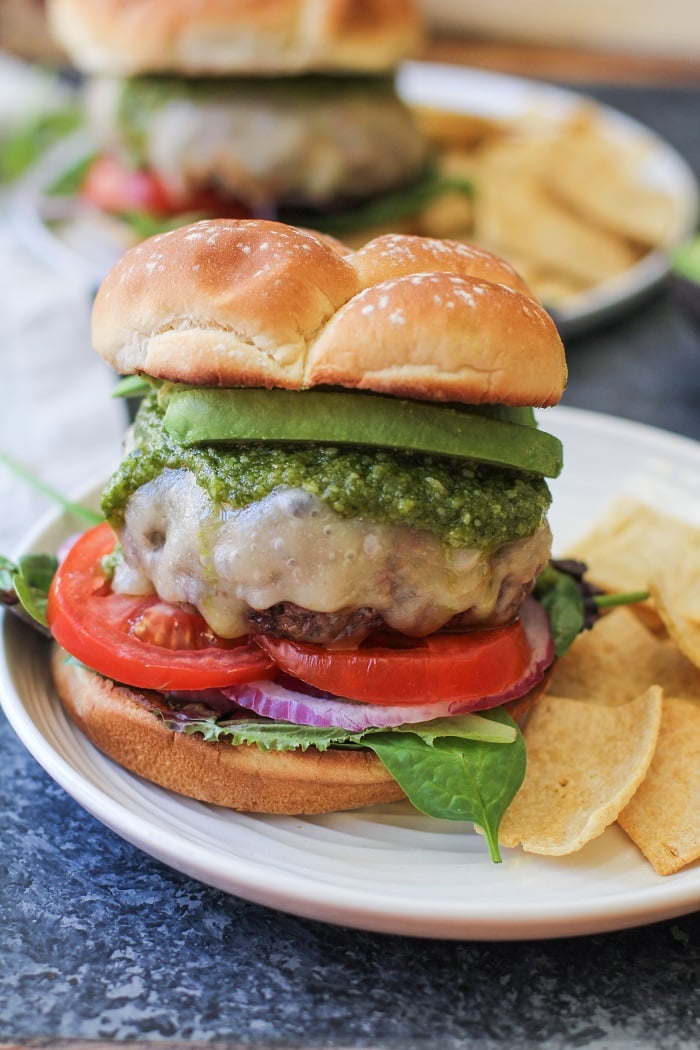 Your eyes do not deceive you.

I teased your eye buds on Instagram with a sneak peak of this bison burger a couple of months ago, and told you it was #comingsoon, when indeed, it has taken me until T minus RIGHT MEOW to show you the goods.

Quick question: How do you like your burgers? Grilled to perfection? Char broiled? Cooked à la stove top à la skillet? Mooing, medium, or dead to this world? Moi? I’m truthfully in the habit of cooking my burgers in a cast iron skillet,unless I have other goods to toss on the grill as well. Plus, it has cooled off a bit in the Sierra Nevada, which for me means I’m a-okay bringing all the cooking inside.

Srsly, though, get a load of your next meat hangover… 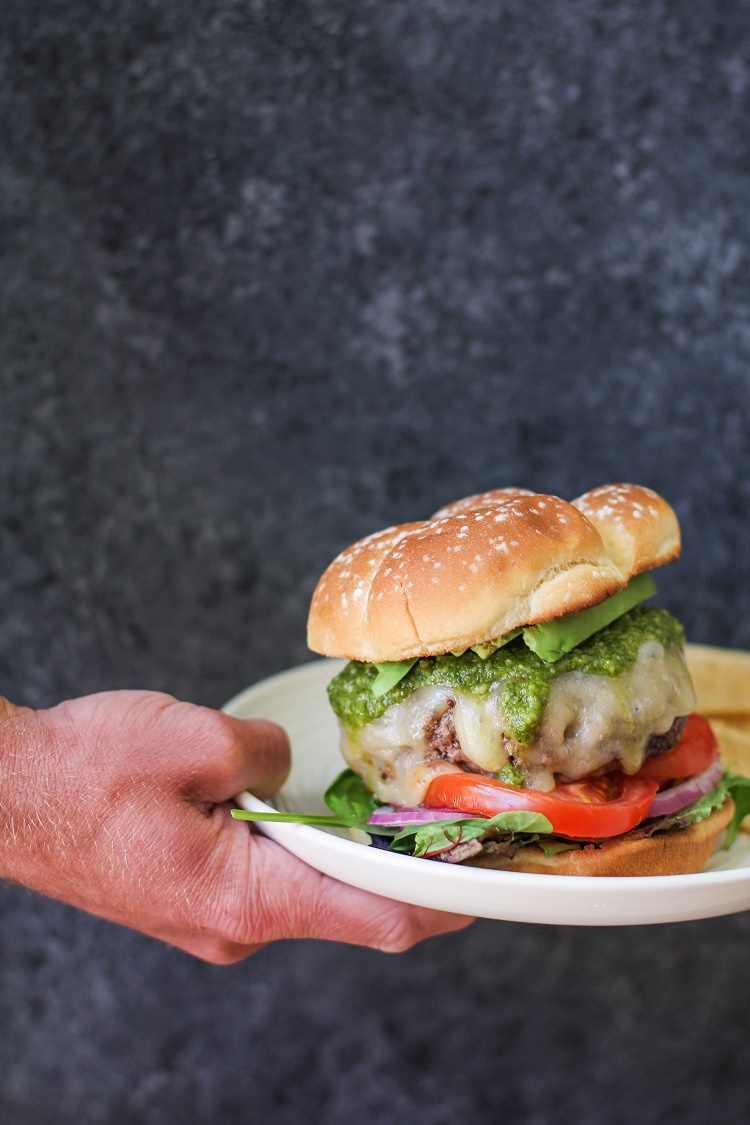 So bangarang even the lost boys are blushing.

I know what you’re wondering, and yes: that is, in fact, a half-pound bison burger. Locked and loaded with havarti cheese, homemade pesto sauce, some vegetation, and toasted bun.

You’re air-swiping in the righterly direction right meow, aren’t you? anyway, aren’t you? It’s a Match! Just kidding. Tinder jokes are so passé. Or are they?….

The idea behind this bison burger is super simple, so the bulk of this post is more in regards to the methodology rather than the ingredient list. The theory: a perfectly-cooked burger made indoors. The execution: cooking on the stovetop in a cast iron skillet.

Backstory: during the summers, my dad would come home for lunch and make us kidlets cheeseburgers on the stove top. As I got older, I realized not many people make burgers this way, yet more often than not, I pan-cook burgers in a cast iron skillet rather than grilling them. The result: a seared, crispy outside with a perfectly moist and tender inside. 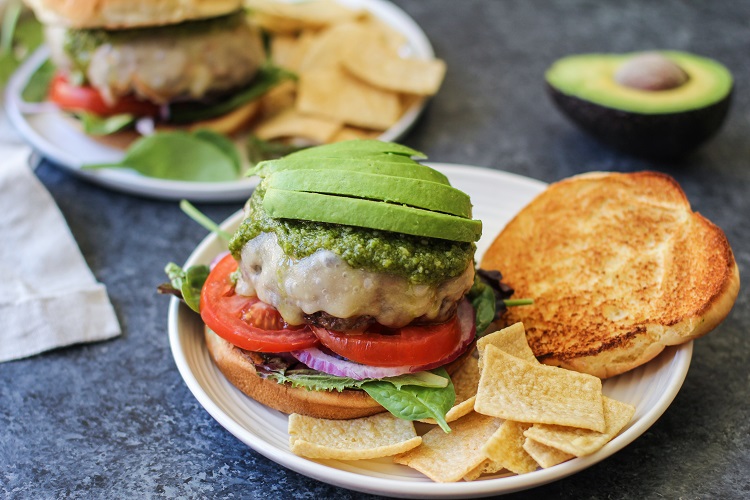 Tips to making your burger perfectly juicy and flavorful: 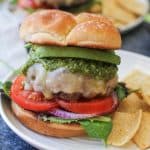