WUHL it’s high time we revisit the topic, and for this round (<- get it? Round?) I’m thinking BBQ! First off, it’s football season, secondly, a great BBQ sauce is near impossible to beat, and thirdly: sweet potato. 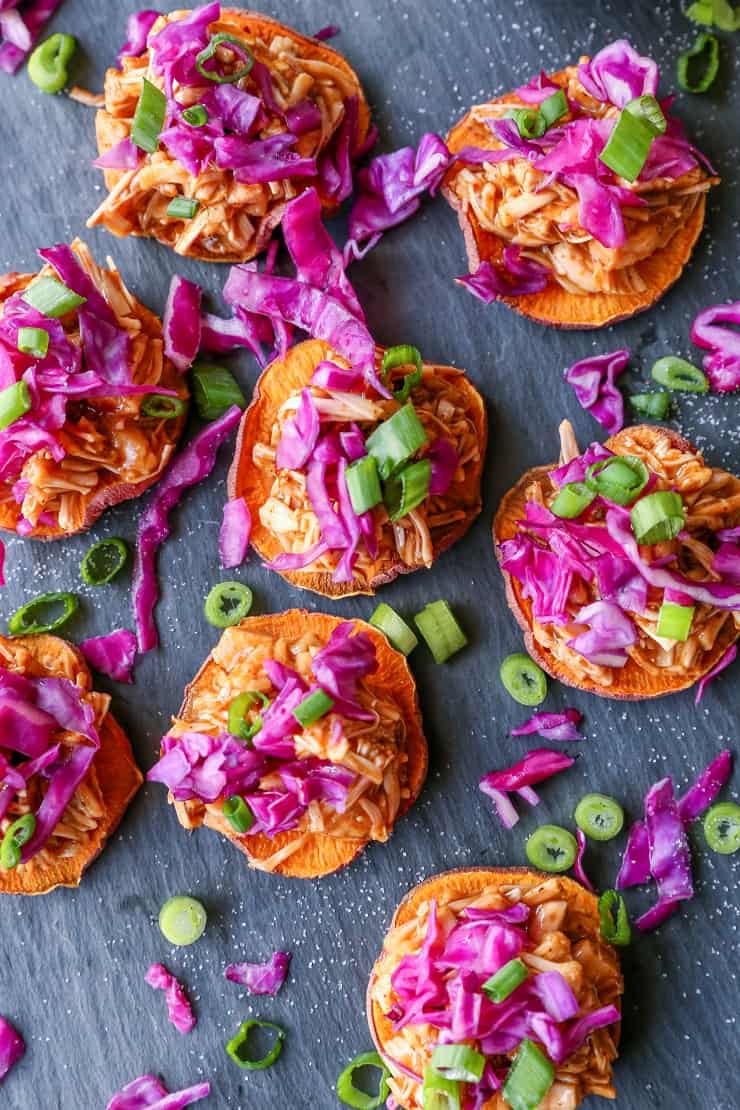 I made these sliders with jackfruit. If you aren’t familiar, jackfruit is a bulby plant that comes from a tree related to fig trees. They look like thorny mangos, but when you open them up, there’s a whole ‘nother world of bulby tentacle-like fruit, which actually tastes more tangy and savory than fruit-like. Mixing jackfruit up with barbecue sauce and cooking it on the stove top results in a mock pulled pork type of gettup.

If you aren’t vegan, you can make these sliders with pulled pork or chicken. The concept of using the roasted sweet potato rounds in place of bread lends itself to a gluten-free, healthier approach to appetizer-ing.

Whenever I’m in a food situation that warrants BBQ sauce, I like making my own. Historically, I’ve always gone with my Maple Bourbon BBQ Sauce (seriously addicting stuff), but if you have a favorite store-bought or homemade recipe in mind, go for it! 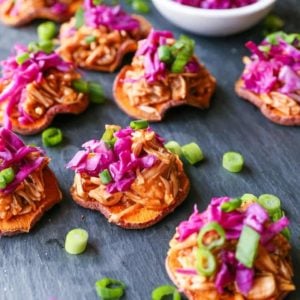 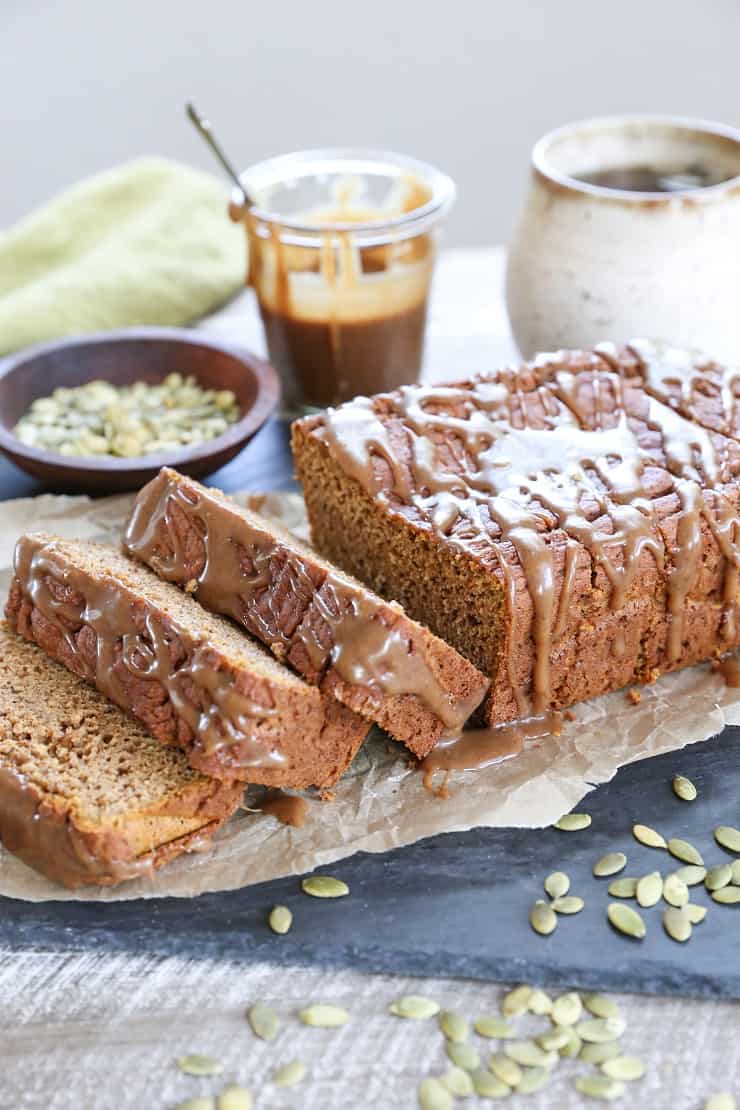 hi, wondering if anyone has served these cold? were they still nice? thanks

I'm planning a "mystery dish" party with "guess the ingredient" appetizers. I love the idea of serving these - but in phyllo cups which seem less likely to get spilled on the carpet! Do you imagine this filling would be good that way?

They look so pretty and delicious on the photos!! Will sure make them!

I have yet to try jackfruit. These are gorgeous and have talked me into trying. Maybe fresh. Have seen the huge jackfruit in WF.