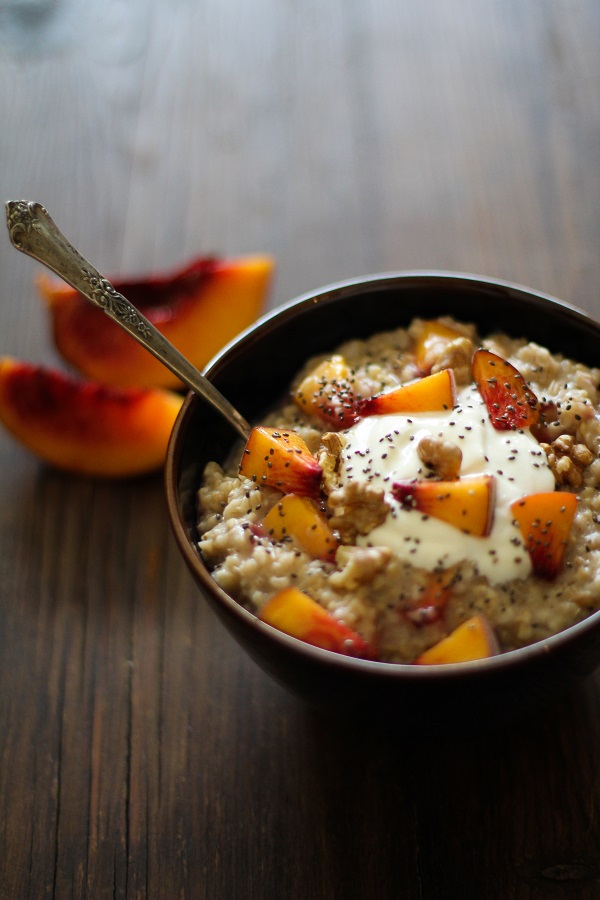 Anyone else feel an Enya-like sense of peace during the transition from summer to fall?  We begin taking our snuggies out of the closet as the nights become cool. Crock pots come out of the pantry and live on the counter top. People are less feisty, teenagers are less noisy…TV becomes good again (this is an uneducated guess considering I haven’t had cable in like…17 years) ::sigh:: the month of September will henceforth be called, Enya.

My favorite part about the month of Enya: the weather is cool enough to eat hot food again but summer produce is still available. We’re nearing the tail-end of peach season, which is by far my favorite season. Ripe drippy peaches plus oatmeal is a thing of beauty. 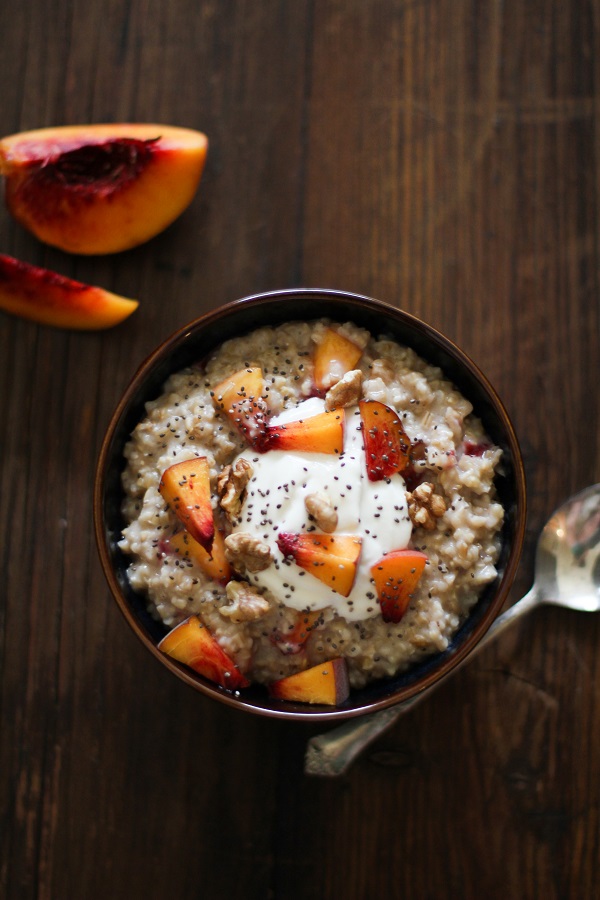 Saturday began with a pot of coffee and steel cut oatmeal with yogurt, pure maple syrup, walnuts, chia seeds, and the ripest, most drippy peach California has ever seen.

Remember when I posted the Coconut Chia Seed Pudding recipe, how I was all wonker megalomaniacal about it and was going all sappy Sally over chia seeds?  I’ve been experimenting with uses for my chia pets and have decided they are fabulous on oatmeal. High in omega 3’s, fun poppy texture…chia pets are the coolest pets ever…unless you have a real pet, in which case, real pets trump food pets every time. 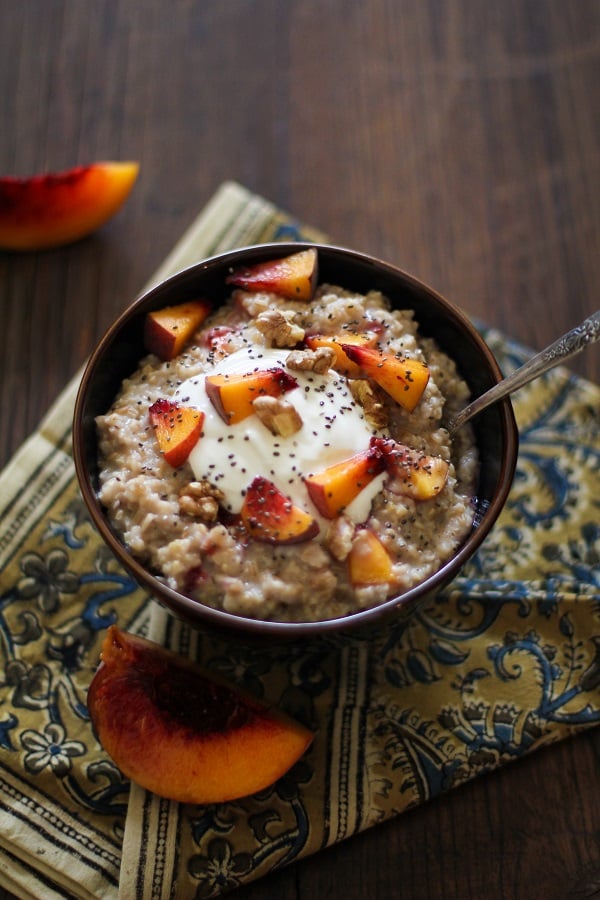 Between last week’s Carrot Ginger Smoothie post where you learned just how much of a granola muncher I am, and today’s post in which I have touted the good name of Enya more times than a Bone Thugs N Harmony song, you’re starting to see my true colors shining through (don’t pretend like what I just said makes sense…some things are better left nonsensical).

Let your month of Enya be a steel cut oats month. Let it be full of chia seeds and ripe drippy peaches, snuggies, and TV shows that I’ve never heard of. Let your belly be comforted and your soul be…Enya-ified. Let’s do this. Let’s eat food. 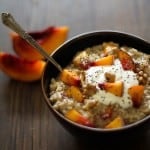 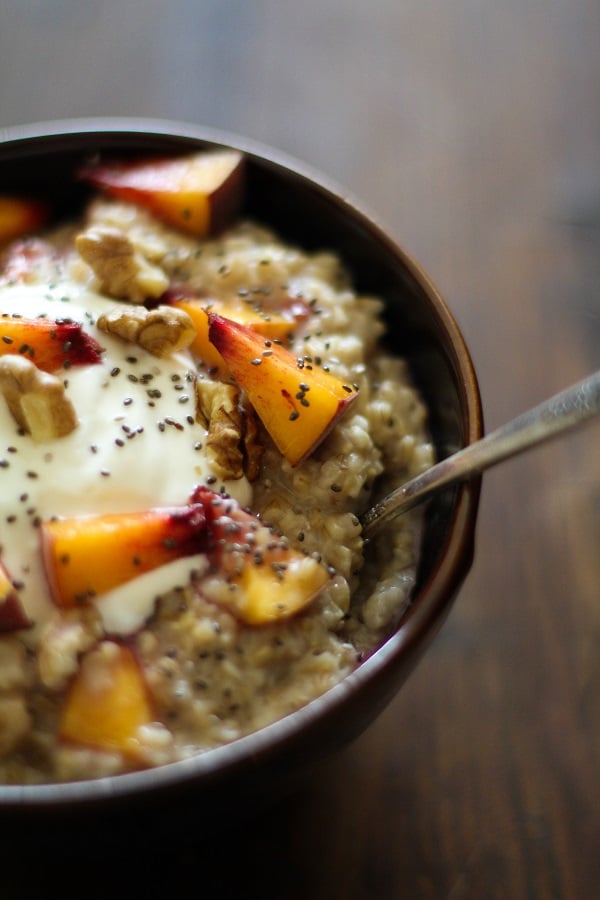 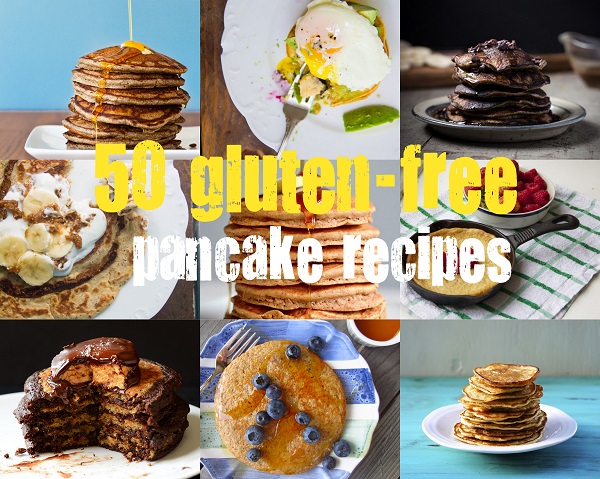 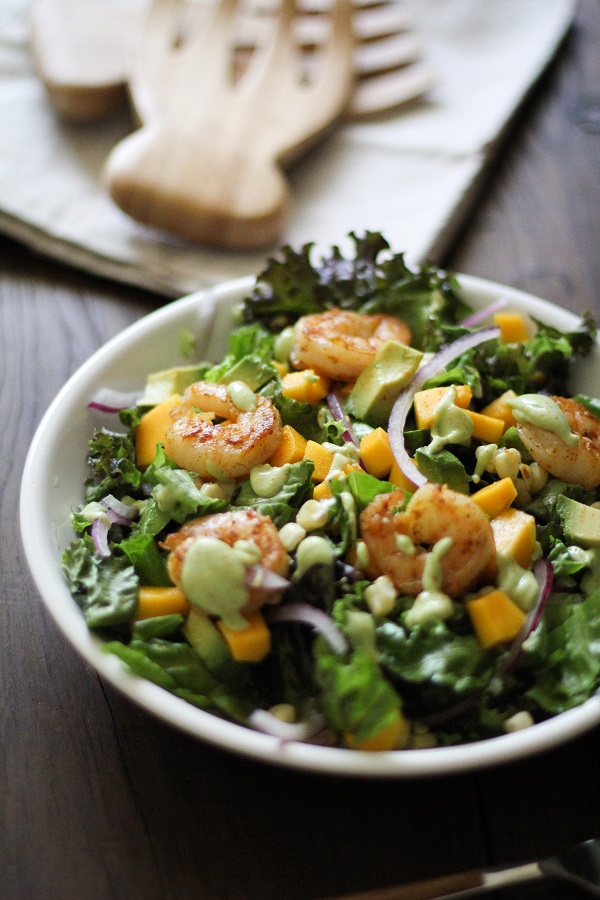 I thought steel cut oats were NOT gluten-free, but they are listed here under gluten-free foods. Please clarify......thanks!

This sounds like a delicious recipe, and I don't even care for peaches that much.... But for real, I don't know which I dig more-- the recipe or your awesomely hilarious use of words... I was LOLing throughout... Good stuff

These photos are so beautiful that they have been inspiring me to make oatmeal for breakfast every Sunday since you posted them. So I immediately recognised your photo, without any indication of the author, when I found this http://asnovenomeublogue.clix.pt/2013/10/daily-plan-poppy-seeds.html

Julia, please ignore my previous comment: the link to your post is now visible, even though only those who remember to scroll the mouse over the picture can see it.

I saw this on Pinterest and just DROOLED. I'm always too lazy to make an effort in the morning for breakfast, but I'm pinning this and showing my guy to put the bug in his ear. :-) Thank you for this!

I eat yogurt, chai seeds, flax seed and raspberries a lot for breakfast but it never dawned on me to throw in the oatmeal. :) I will be trying it out next week! www.prettybitchescancooktoo.com