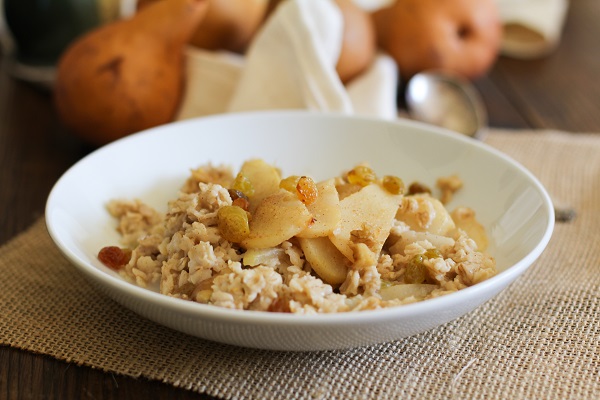 Greetings…from the outer limits. Where we boldly go where no man has gone before. Jodi Foster says hello!

Oh, my brain. My brain plus my peepers plus my brain. I’ve been to Arcturus and back over the last few days (and by “Arcturus,” I mean the grocery store. Okay, let’s face it: I haven’t left my house…nor have I showered).

I’ve had some agenda-y things I’ve been working on. To-do lists have been massacred. Line items? Crossed off. Boxes? Checked! Life? Not something I have. Where she gooooes, noooobody knoooooows.

Translation: there’s lots of stuff going on for us food bloggers. Things are getting baked.

I’m totally not complaining. I just have nothing else to talk to you about. LITRALLY. Walk with me.

? The cookbook I swear you haven’t forgotten about? Right? Riiiiiight? Anyway, she’s under final construction, so there’s been lots o’ cookbook editing, cookbook re-photo snapping, and WHEN IS THIS BABY COMING OUT OF MY BELLY-ing inggg…gah?!

Third of all: The second {kale} cookbook is still underway and oh lawww, is it tasty! By the way, it has a new name. I’ve been meaning to tell you that, but for some reason, I’m a total man when it comes to communicating important things. AND the new name is: Let Them Eat Kale!: Simple and Delicious Recipes for Everyone’s Favorite Superfood

!! Do you love it? Do you want to bury your face in it? Would you wear it on a T-shirt? Yes times googolplex.

You want to spit on my shoe. 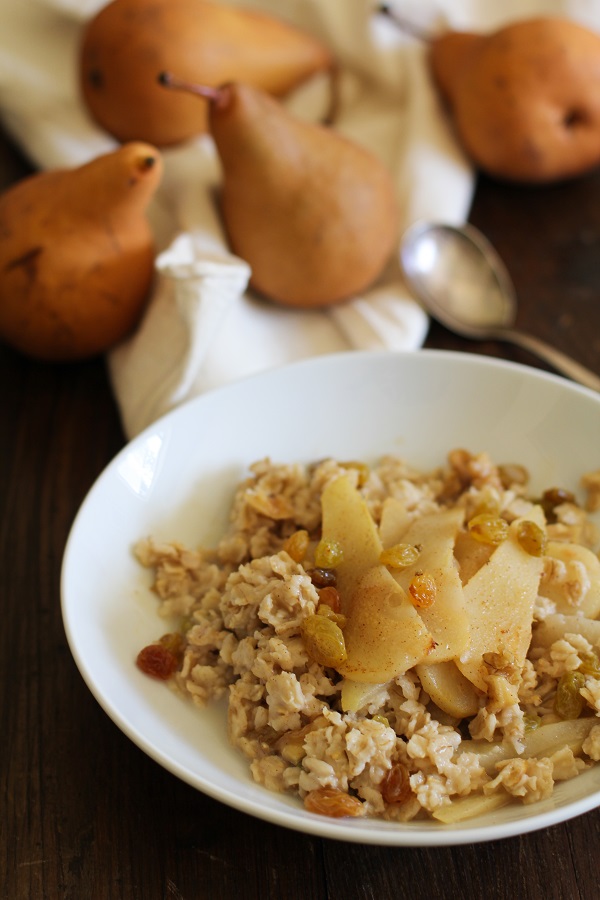 What is the gaaaforsaken deal with this oatmeal?

You can’t believe it’s not butter? I know, me neither. If I were an entrepreneur, I would start a chain of artisan oatmeal restaurants (because that would be successful), in which this exact spiced pear oatmeal would be sold (seasonally). It involves caramelized spiced pears with golden raisins, walnuts, and maple syrup (yum).

You’re reaching for your pocket book to become my first venture capitalist. I will accept your generous donation…errr…investment, and our chain shall be known as…wait for it, wait for it…Artmeal! Get it? Artisan oatmeal? Wah waaaah. Toldja I can’t name things to save a lizard in Antarctica.

But this is fun! What are some other great entrepreneurial ideas? Listen up, you’re about to be rich! Let’s see huuuur…

iii.) Crock pots that refrigerate after they’re finished cooking so that you can leave the food on the counter…for days.

Any or all of these will get you on Shark Tank. You can thank me in the form of in-store credit. 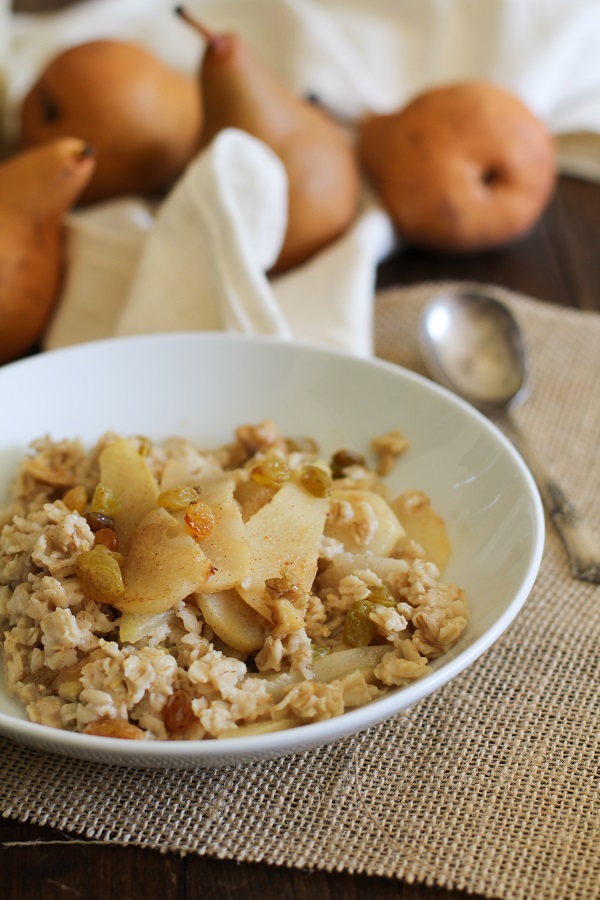 *You can also use almond milk, but note that it will separate when it is brought to a boiling point.

Made this today with coconut milk. Doubled the recipe so it taking forever to reduce! Smells delicious.

So happy to hear you made this oatmeal, Andrew! The caramelized pears are everything. Hope you enjoy! xo

Now that's a breakfast that would get me outta bed! Pears and oatmeal just sounds so good together. Definitely trying this oatmeal sometime this week--looks perfect for the chilly fall mornings ahead of us!

Healthy and tasty. Looks good. Thanks for sharing.

Wow, my head would be spinning if I were you! Writing two cookbooks at once is crraa to the World War Z...lol. I still have to see that movie.

This oatmeal looks scrumptious. The idea of caramelized pears is making me drool.