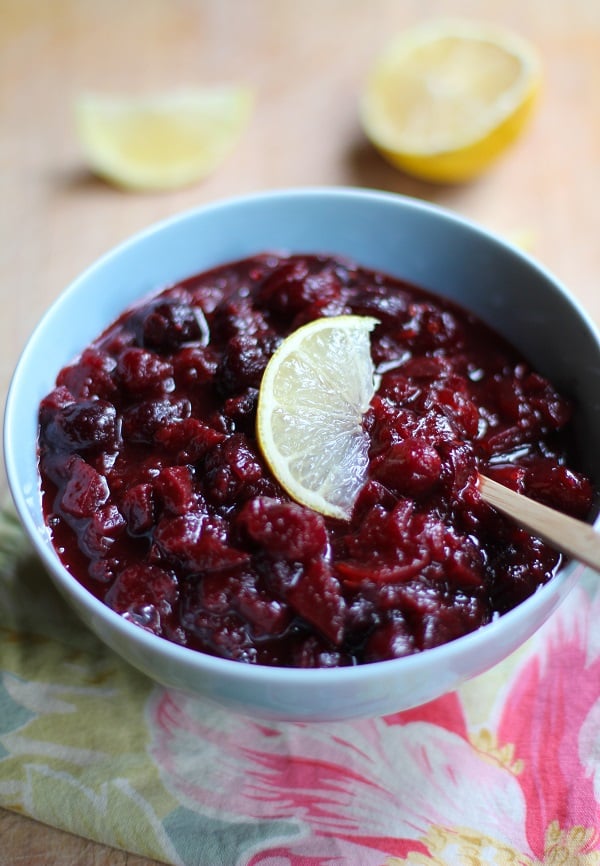 Last week, my mom and I were sitting in a Sri Lankan restaurant planning Thanksgiving dinner, and I was being a bit of a pill.  She’s nodding her head right now, like “yes, yes you were.”

While I was mowing through some peanut sauce-drenched spring rolls and suggesting we go to Sri Lankan food for Thanksgiving instead of cooking, she was all, “let’s make homemade cranberry sauce.” And I was all, “no, that’s stupid.” It’s a good thing my mother has unconditional love for me. 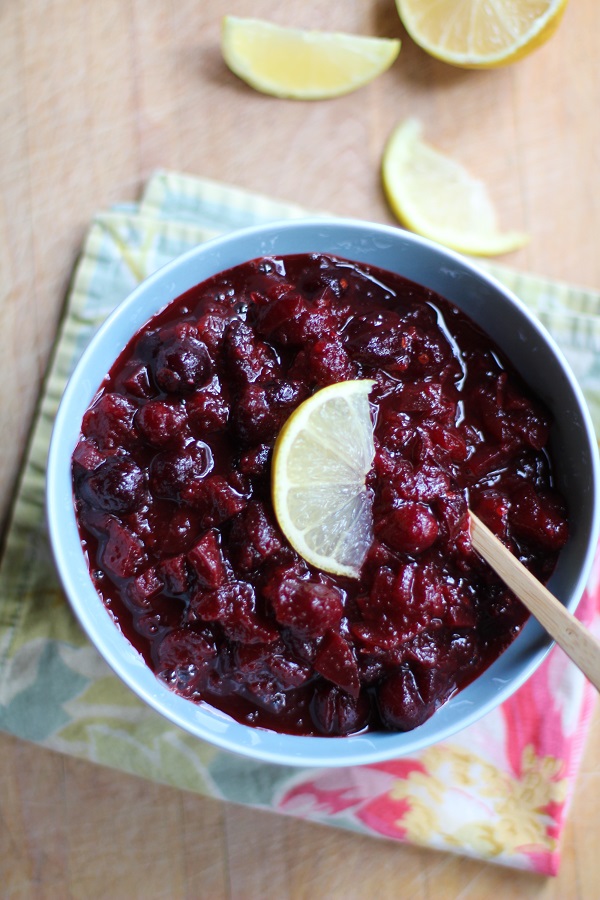 Me, being the refined sugar-averse person that I am, decided to try my hand at a naturally sweetened cranberry sauce. So I decided upon using pure maple syrup instead of sugar. And doing more thinking, I was all, “ginger and cardamom would be %^&$-ing awesome (said in an Australian accent) in cranberry sauce, so I’m going to go ahead and do that too.”

Do you see where this is going? It’s going in the direction of Holy Flip Me Upside Down and Sauce Me cranberry sauce. 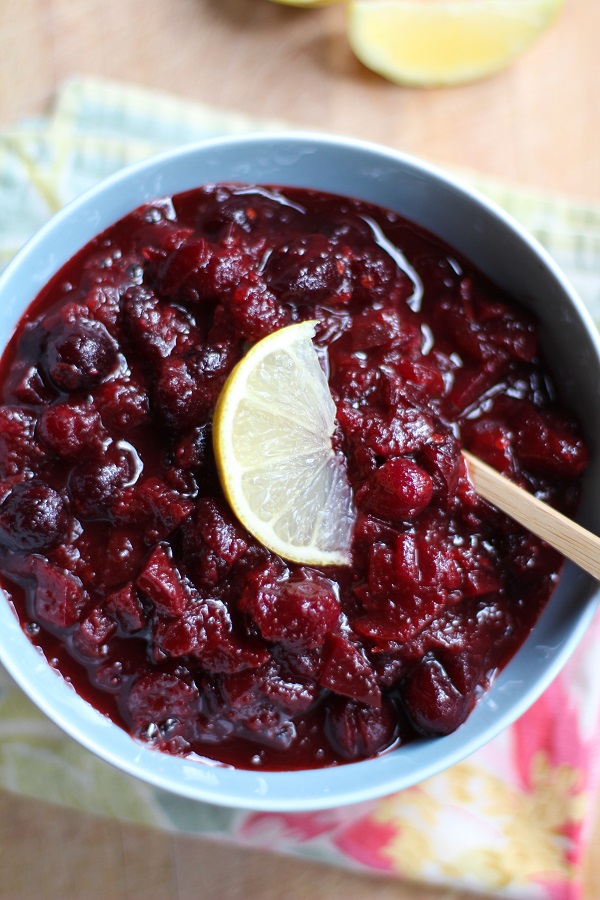 All I did was put all the ingredients in a saucepan and cook them. Nothing complicated. If you’re worried about this sauce taking up too much of your time, don’t. Set a timer and go to the grocery store while it’s cooking. That’s what I did.

Do note that the sauce will thicken after it sits in the refrigerator (and become more flavorful!), so I suggest this as a make-ahead Thanksgiving item. Hence the reason for giving this recipe to you on Monday instead of Thursday. Make it. Ahead of time.

We already know I have a deep-seeded hatred for 7-Up salad, which we are not making this year (thank the law). So what are we having for Thanksgiving besides this cranberry sauce?

We are making Maple Orange Mashed Potatoes from Alexis (who I apparently have a monster lady crush on, because I seem to be making a lot of her recipes lately), balsamic roasted root vegetables, some form of biscuit-y type thing, stuffing – which my mom pointed out needs to be “bread” stuffing, at which point I smirked, “as opposed to quinoa stuffing?” and she nodded and kept talking about the bread stuffing. And later, like a real champ, I pinterested “quinoa stuffing” to see if it’s a thing, and it totally is. Tail between legs. Love you, mom – and a kick ass turkey, of course.

That’s what we’re doing. How about you? You have your cranberry sauce base covered, what else are you going to make?  Hopefully you’ve thought this through over Sri Lankan food. 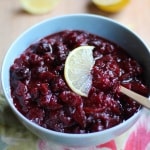 Cranberry Sauce with Ginger and Maple

If you still have a turkey carcass on hand, don’

Vegan (and Paleo) Cranberry Crumb Bars made with l

Before roasting your Thanksgiving Turkey, be sure

Almond Flour Dinner Rolls! This is a grain-free, d