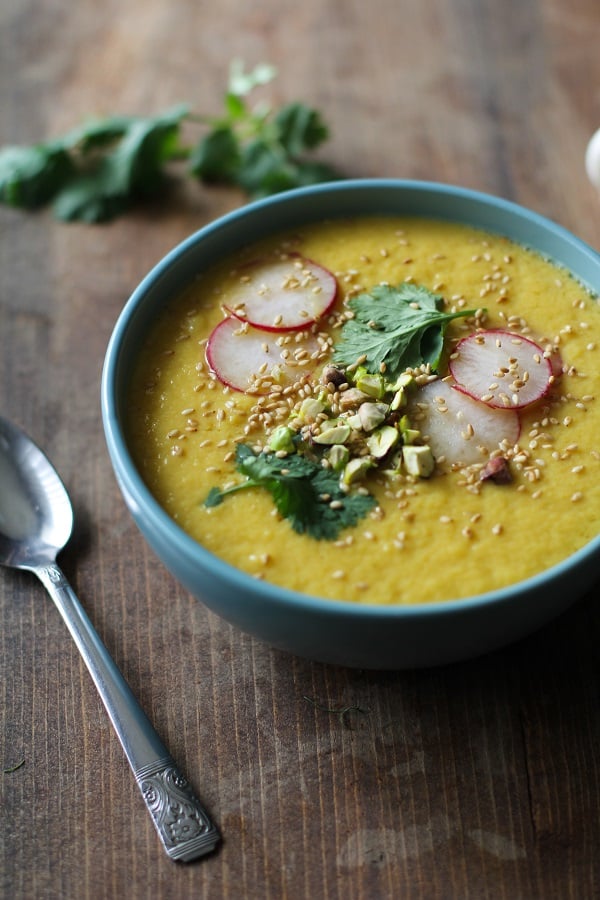 Have you noticed that there is no recipe for borscht on this blog?

Beets are the poster child for this site, and yet I’ve never exhibited one of the most world renowned ways of preparing red beets. I have no clue why.

That’s not true. I definitely know the reason.

My talent for photographing red food is sub-par. Why do you think you rarely see tomatoes on The Roasted Root?

It’s because red and I have a torrid relationship.

Not only is this golden beet soup not red, it also hits the spot on a cold winter’s day. BOOMshakalaka! 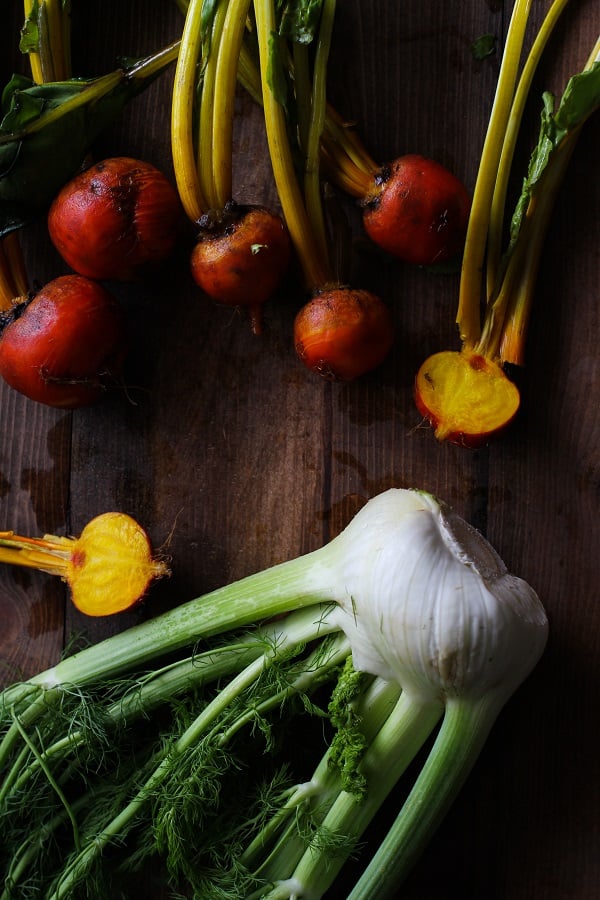 PLUS, I have to admit, there’s something about borscht that says to me, “American Horror Story.” not “wholesome bowl of soup #slurp.” So there is that.

Recently, I was flipping through Cooking Light’s December issue and spotted a golden beet and fennel soup recipe that jumped up and bit me on the shnoz in the classiest of ways.

The soup turned out fabulously, I mean just look at the thing! 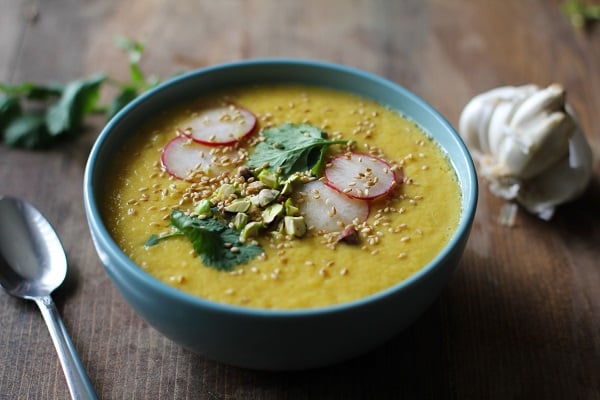 Flavor-wise, my version of the recipe turned out tasting like creamy chicken soup because I used chicken broth instead of water (which is what the original recipe calls for).

I found this flavor to be absolutely delightful, but if you’re looking for that pronounced earthy/sweet fennel and golden beet flavor (and/or to keep the recipe vegan), you can replace the broth with water. 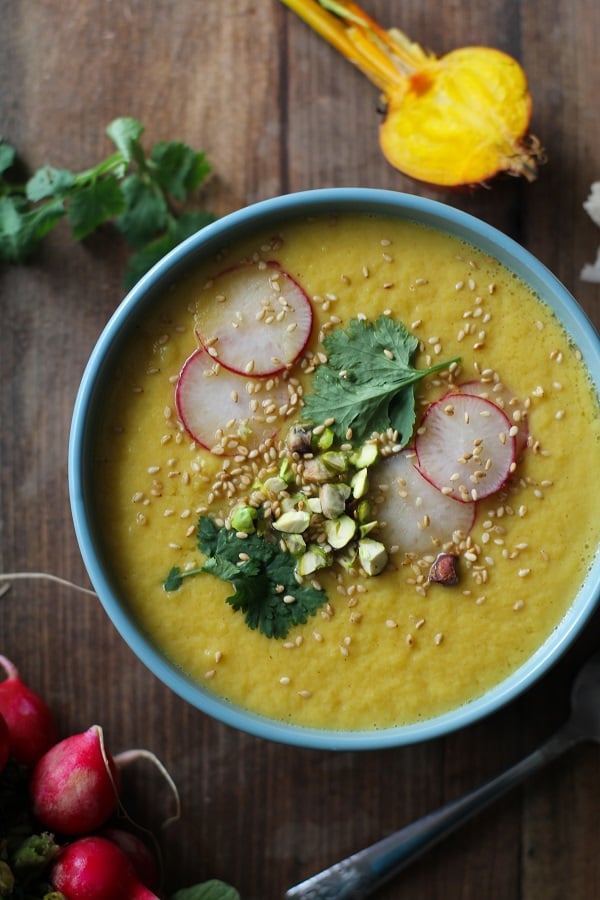 Beet soup. We’ve got this!

*You can also use vegetable broth or water

Hi there if you can't get golden beetroot can you use the normal red beetroot?

Absolutely! Any type of beet will work :D

Can you please clarify the red pepper ? in the recipe? I’m not sure what kind or the quantity.

Hi Wendy, I use 1/4 teaspoon of red pepper flakes. Hope you enjoy!

Thank you for sharing this recipe. This is by far one of the most flavorful and beautiful soups I have ever made. It goes to the top of my list. This soup is amazing.

I love beets but never have tried golden ones before! This soup looks beautiful and I definitely am curious to know what it tastes like..