Hearty and healthy crock pot chicken, artichoke, and kale soup – a simple recipe that requires few ingredients and is made easily in your slow cooker!

Ahhhhknow. It’s still summer, it’s still hot, we’re still relishing room-temperature food, but I couldn’t help but share this bowl of comforting cold-busting bliss. I mentioned in my last post that amidst travelling last week, I procured some gnarly sinusy face and chest gunk, which has made me fairly disinterested in food that requires any sort of effort to consume. Enter: Disslurpysoup. 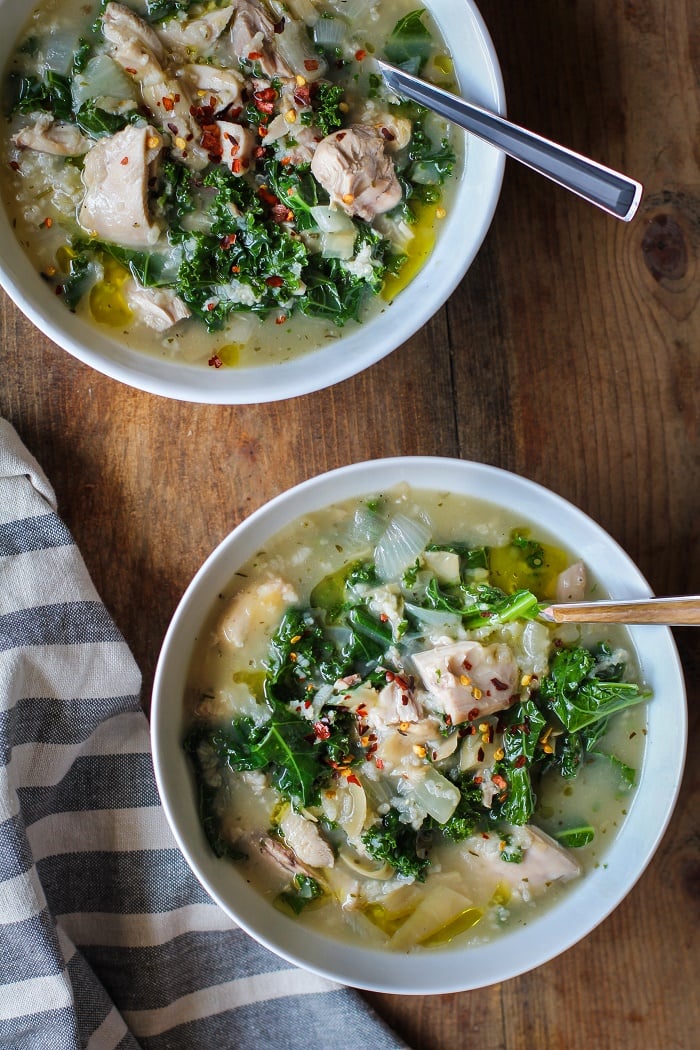 This recipe was inspired by a trip to the prepared food section of Whole Foods a couple of months ago, when I was too lazy to cook. I spotted their Chicken and Artichoke Soup, gave it a whirl, then decided to reverse engineer it and make it my own. It truly is the perfect comforting meal – great for any time of year (provided you’re cool with sweating while eating during the heat of summer), any occasion, and particularly marvelous for those days you feel under-the-weather and just need a thick blanket, some couch time, and perhaps some Netflix + chill.

Let’s talk chicken. I sauteed an onion and pan-seared bone-in skin-on chicken thighs for this soup, then added everything to the crock pot and allowed it to slow-cook together. After 5-ish hours, I took the thighs out of the crock pot, removed the skin and bones, chopped the chicken, then added it back to the soup. If this sounds like it’s too much work, no sweat: you can definitely use boneless skinless chicken breasts. I will say, though, that bone-in, skin-on chicken yields a much more flavorful soup. 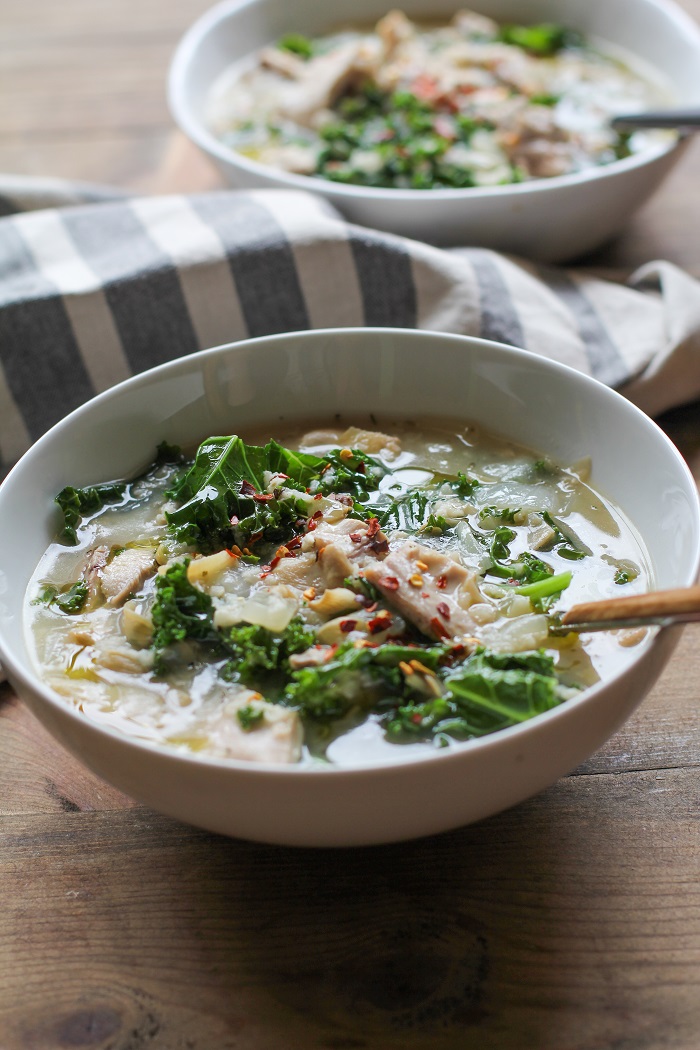 The arborio rice makes this soup super thick and hearty without the need for flour, and also gives it a creamy and comforting essence. The kale gives it some fresh green power, with a little crisp crunch, which is a nice contrast from the rest of the thick and creamy soup. I like adding red pepper flakes to my chicken soup to help clear the sinuses and also add a little POW flavor to give it that unique je ne sais quios. For serving the soup, I recommend a squeeze of fresh lemon juice, to add some extra tang, but if you’re averse to the lemon-chicken combo, the soup is still delicious without the lemon juice.

And zat iz allllll – all you need is just a few ingredients and a slow cooker for this hearty comforting soup! Suh-luuuurp! 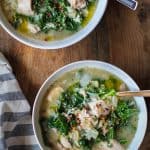