Sweet Potato Hash Browns (or Rösti) is a traditional Swiss and German side dish to go alongside just about any meal. This easy to prepare recipe is nutritious and satisfying. 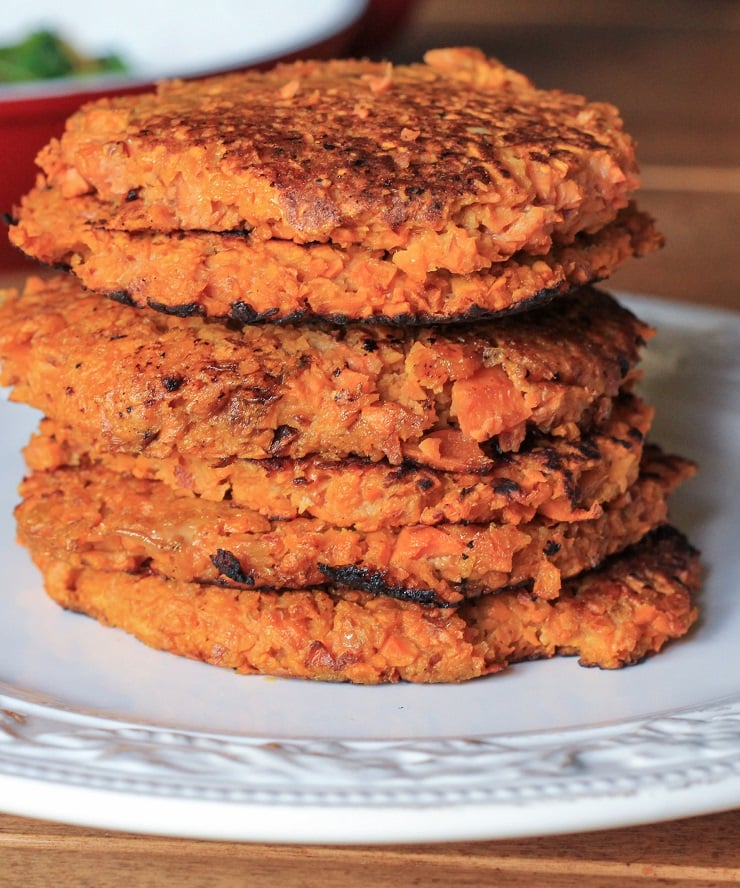 That’s an equation I have no problem balancing!

Rösti is a Swiss dish, similar to the U.S. version of hash browns.  It can be made with either raw or pre-cooked potatoes and is prepared like one large pancake in a skillet and served family style.

You will see rösti in Swiss and German restaurants with various ingredients cooked in (cheese, bacon and/or onion) and sometimes with savory creamy sauces or even sweet apple sauces. 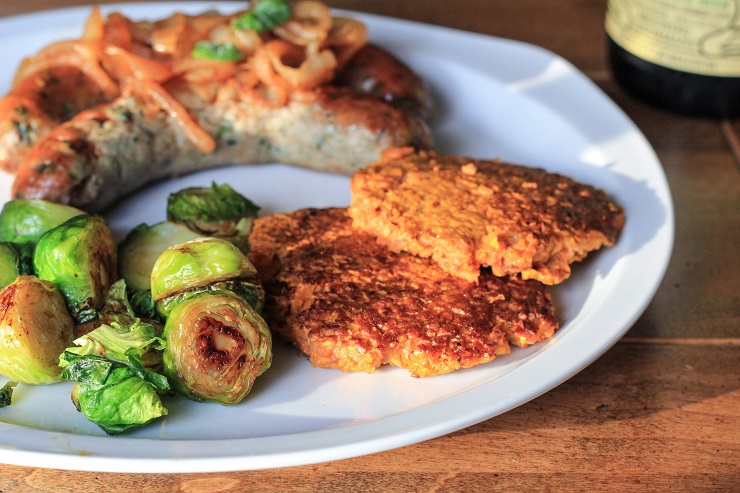 While my unorthodox personal-sized sweet potato hash browns can by no means be considered traditional, it certainly quenches the need for a nice heavy meal when paired with sausage or brats and some good brew.

Rösti brings back memories from my childhood, when breakfasts always included hash browns and hot cocoa.  I distinctly remember the sound of my dad grating potatoes in the morning. The short, rhythmic swishing of potato on sharp metal was the one reason that would get me out of bed before Saturday morning cartoons.

I would watch patiently and hope the batch would turn out extra buttery and crispy. Coming from a big family, we typically made massive quantities of hash browns, and I could easily eat an entire skillet on my own.

For these sweet potato hash browns, I added white onion for flavor, egg for binding purposes (because sweet potatoes are less starchy than Yukon or russet so they don’t hold together as well) and cooked it up on a skillet with olive oil (you can add butter too for more flavor).

For those who prefer baking instead of frying in a skillet, you can definitely bake these too and they turn out wonderfully! The only thing I would caution is if you choose to bake them, you will probably want to par-boil the potatoes first.

If your patties are burning or crisping up too quickly, lower the heat to medium-low.

I was looking for a rösti recipe which involved sweet potato and eggs and that's how I came across your post. This is a really nice and simple recipe. I tried it out (combined it with courgette and green pea) and it turned out very yummy.

You will find my recipe here: http://kookycookyng.com/2014/03/07/sweet-potato-courgette-green-pea-rostilatkepotato-pancake/

Hello- is there any substitutions for the egg since my little one is allergic? Could Ener-G work, or flax or would they be too strange? Thank you- Chelsea

Hi Chelsea, thanks so much for your interest in the recipe! Unfortunately, I have never worked with egg substitute and have had several readers express interest in using it due to allergies...I'm feeling like I need to do some experimenting so that the egg averse can enjoy too! I imagine an egg substitute would work as long as it works as a binding agent, as that's the only reason for it in this recipe (to hold the shredded sweet potato together). Let me know if you try it and how much you use if you do! Thanks for stopping by and I'll keep you posted if I remake the recipe using an egg substitute :)