Pot Pie with pancetta, white beans, and chard. A delicious recipe for individual pot pies that are vegetarian and amazing! 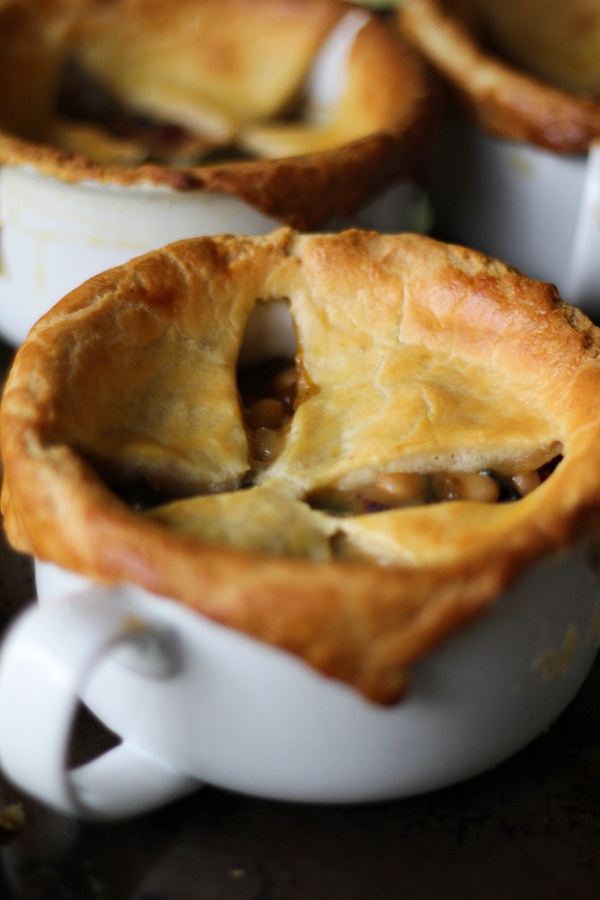 Strength and motivation is contagious. If ever there were a bug that you want to catch and never be rid of, it’d be the Strength and/or Motivation bug.

Strength & Motivation are easy to lose…sometimes difficult to find, sometimes impossible to catch. But when you’ve got it, you’ve got it, and it’s good. Being surrounded by strong people is one of the many reasons I consider myself to be a very lucky person.

Abby, from Seaweed & Sassafras is a Strong and Motivated woman with great ideas. Abby suggested we gather a group of bloggers to re-create recipes from a cookbook.

We agreed the cookbook should come from a blogger and the timing of Abby’s suggestion was spot on because Deb Perleman’s (another Strong & Motivated woman) cookbook was about to be released. 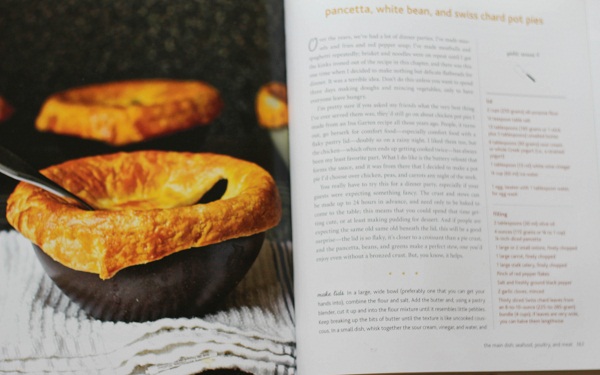 The Smitten Kitchen Cookbook. Gorgeous and full of delicious recipes!

Deb has been a large source of Strength & Motivation inspiration for me. I found her blog when I had just begun my own; when I stumbled on her page, I felt as though all of my questions had been answered.

I could tell Deb was a throw-everything-you’ve-got-into-your-passion kind of woman and from that point on, I was addicted. Addicted to Deb, her strong writing, crisp photographs, and comforting recipes.  So as an ode to Deb and all of her hard work, Abby, myself, Natalie from Perry’s Plate and Stephie from Eat Your Heart Out all chose one of Deb’s recipes and couldn’t stop tweeting our faces off about how well they were turning out. 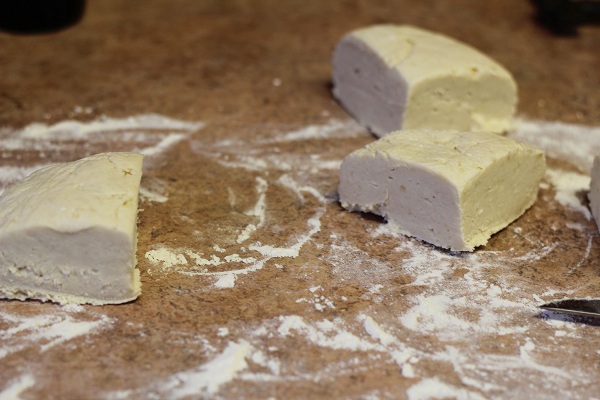 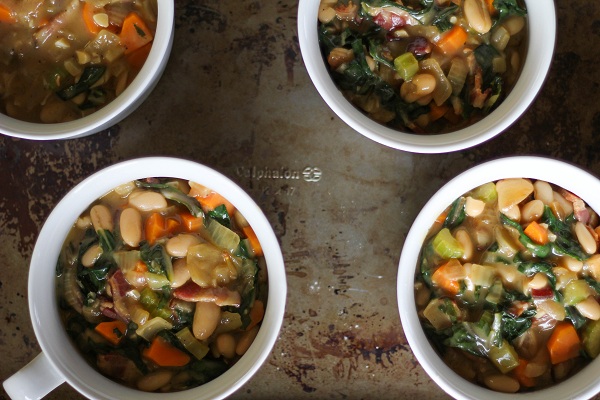 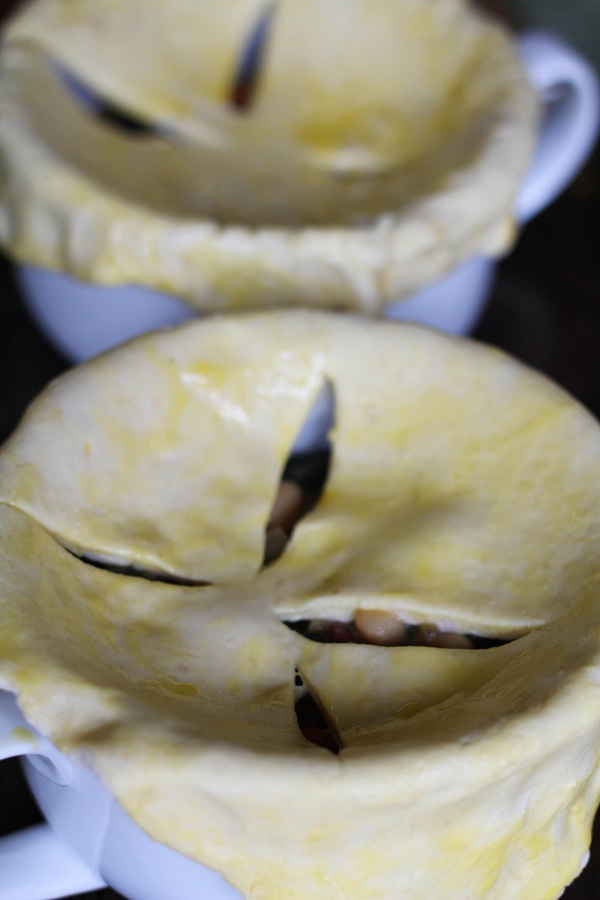 While we four have never had the opportunity to cook together, I feel a true kinship towards them and consider them to be great friends. They are Strong & Motivated and it has certainly rubbed off on me.

So what did we all cook up? I made Deb’s Pancetta, White Bean & Chard Pot Pie, which is by far the best pot pie I have ever consumed. My boyfriend agrees.  And the other girls whipped up the following:

Check out the girls’s sites and follow them through social media. They have wonderful things to say and you should be a part of that. Also, head over to Reading for Sanity for a Smitten Kitchen cookbook giveaway! 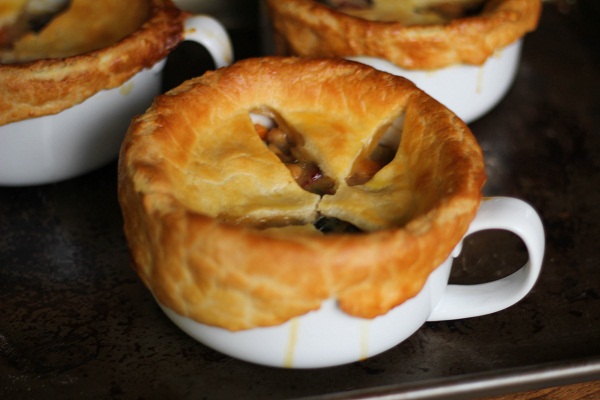 As for the pot pie recipe…no one can say it like Deb, so hop over to Smitten Kitchen to get the ingredients and instructions. I followed the recipe exactly and had not a single hiccup.

If you’re ever caught between a rock and a hard place, no matter how difficult it is to look around, do. Allow yourself to be susceptible to other people’s thoughts, creativity, emotions, tribulations. You’d be surprised by how easy it is to catch what you need out of thin air. It’s free and abundant, so take it! 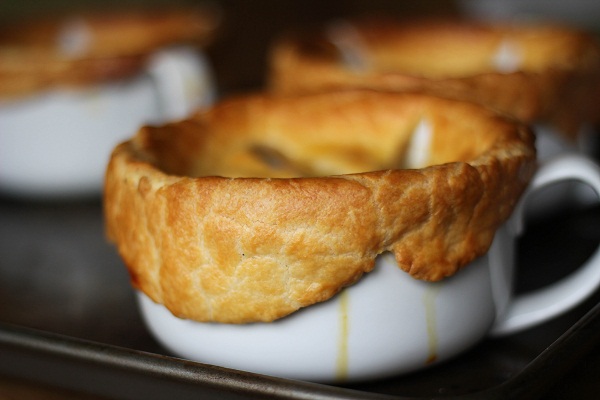 OH MY WORD!!! This was absolutely delicious!!! I used sliced Boar's Head ham instead of pancetta. And I got frustrated with the roux to gravy and added cornstarch and more flour to hurry it along. BUT...SO YUMMY!! It made it to the following week's meal plan!! Thank you so much for this recipe! WELL WORTH THE TIME!

Yaaaaaay Amanada! I'm so glad you tried it! I loved the recipe too. I thought it was absolutely perfect, which can be difficult to find these days. It's amazing how detailed deb is when putting her recipes together. I could see the urge to add corn starch - it did take quite a long time for my roux to thicken so had I been under a time crunch, I definitely would have sped it up some way or another too. Thanks so much for trying it and thanks for the feedback!!! Have a great weekend!

They turned out BEAUTIFUL!! So glad to have you as a friend and to be getting to know Abby and Natalie now, too! :-)

Same to you, missy! Your muffins look awesome! :)

GORGEOUS!! I seriously want these right now. It's cold in Denver today and this looks like the perfect way to warm up! P.S. I wish you were going to Mixed!

It was cold and rainy here today, too and I was wanting to make another batch of the pot pies but couldn't fight the deep seeded laziness, so we whipped up some quick turkey burgers instead :) Haven't heard of Mixed yet...I'll check it out online right now. :)

GAH!! This is absolutely gorgeous!

Thanks, Claire! Making these pot pies was tons of fun...pot pies aren't something I prepare very often and the filling plus the pie crust made my house smell amazing! Love that Deb!

Julia!! So many things to say, okay um that photo with the 4 soups pre-crazy good dough topping is GORGEOUS! I want to dive into it haha. This recipe had you written all over it from the start. You my friend are such a wonderful person through and through, you have such strength, humility, courage, creativity, and a steady source of amazing food doesn't hurt either ;) ok ok enough bloggy gushiness haha <3 ya!

Oh Abs, you're such a sweetheart! I can't tell you how much I enjoy heading over to your blog to see what you've been up to and your newest kitchen creations...I'm always excited when there's a new post and love reading your words and gaping at your pretty photos :) One of these days, we'll get to actually shake hands and do some serious girl talk over brew and home cooked meals!