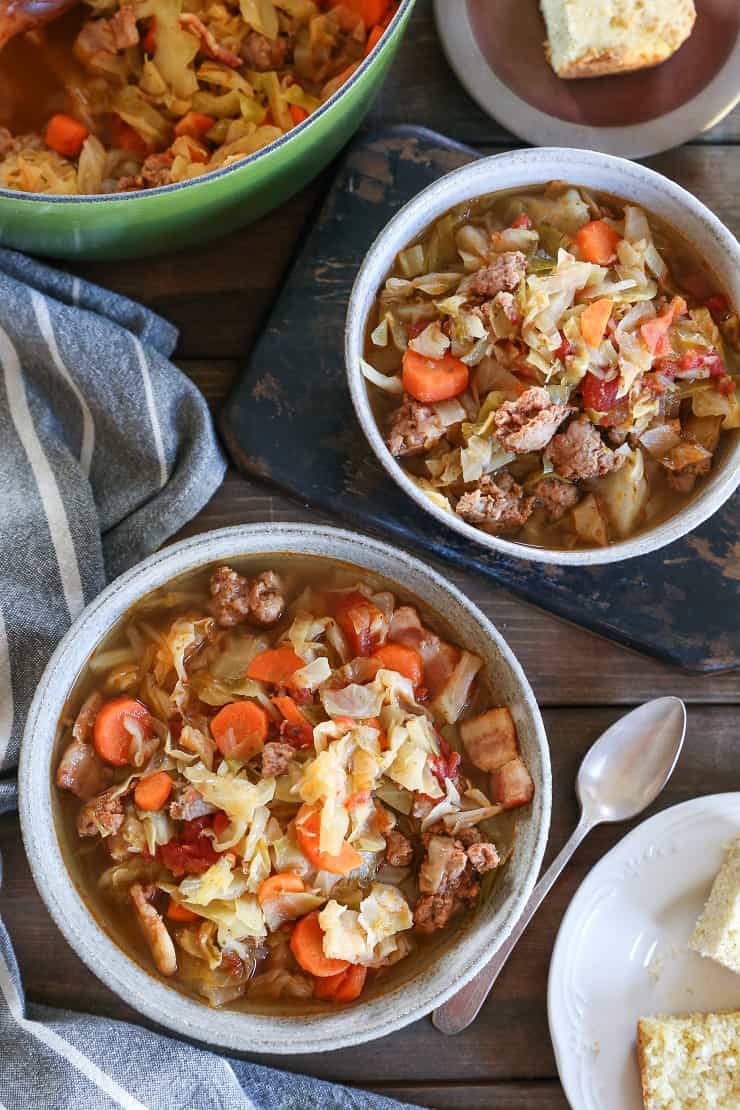 The Transylvanian Stockpot has wiggled its cute little hiney into the deep chambers of our hearts. Do they eat Transylvanian stockpot in Transylvania? Couldn’t tell ya. What makes American cheese American? Who is John Galt? 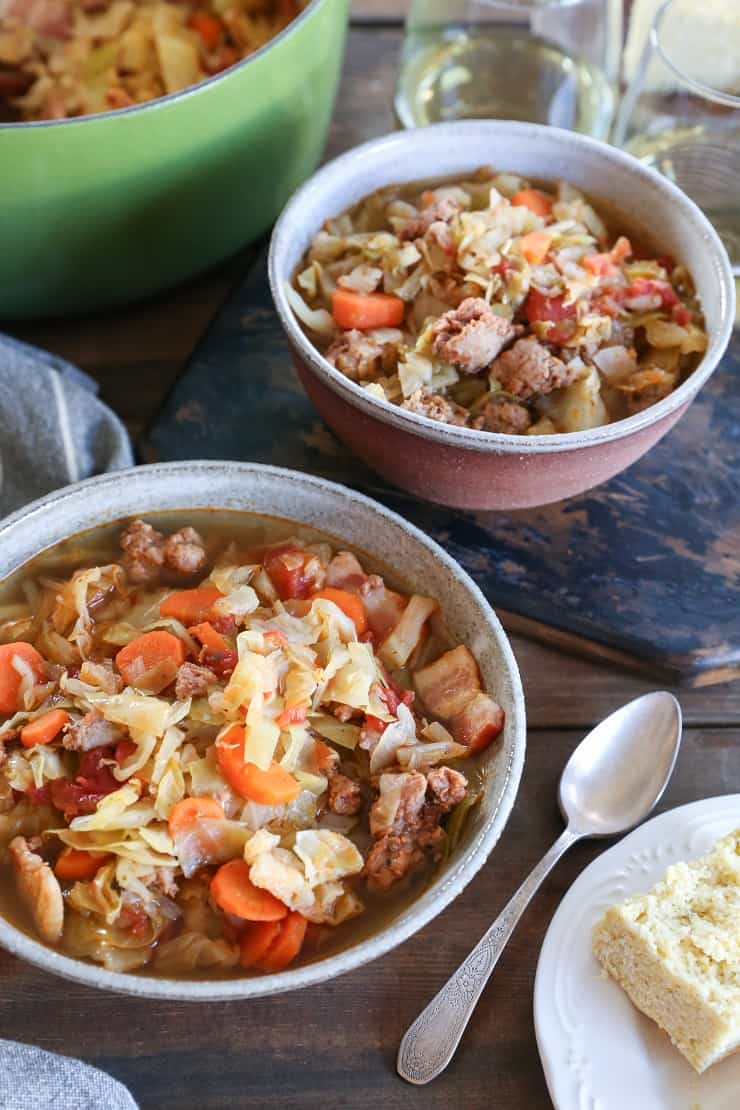 One of the first meals I made once I went paleo is this Transylvanian Stockpot from Mark Sisson’s The Primal Blueprint Cookbook. I can’t tell you how many times I’ve made this stew ever since! It’s super filling and comforting and is worth the time it takes to prepare it! If you have a ginormous stock pot, you can even double the recipe to have enough food for the whole family for several days.

The first time we made Transylvanian stockpot, we made a double batch, which meant we used an entire package of bacon…tweeeeeeeeeeeelve ounces of bacon AH AH AH AH AHHHHH (sweet Count Von Count, not a whole package of bacon)! We ended up eating stock pot for a week and a half straight…breakfast included.

I love adding a dollop of whole milk Greek yogurt to top the soup, and I often stir yogurt into the soup to make it nice and creamy. If you’re dairy-free, ignore these words meow.

*Original recipe calls for 1 pound of Polish kielbasa, thinly sliced instead of turkey sausage. Original recipe also calls for 6 ounces of bacon, a couple of bay leaves, 1/3 cup golden raisins, and a cup less chicken stock than I used.

I made this recipe last night and it turned out amazing beyond all my expectations. Will DEFINITELY be making this again!

I'm so happy to hear it, Richard! I've made this recipe time and again over the years, myself! It's definitely a keeper! Thanks for the sweet note! xo

I made this last night and it's great! I converted the recipe to cook in my Instant Pot electric pressure cooker, which made it much quicker to make. All-in-all it took me about 40 minutes to make it, start to finish.

The flavors are really nice. I think the cinnamon gives it a sweetness you don't expect.

That sounds soooo amazing! Now you're making me crave the stew. So tasty and comforting!

You are so my hero! P.S. How do you get your picture to show up next to your comment? I can't wait to make this protein-o-lishous dish.

Oh girl... this looks ah-mazing!!! So perfect for winter, too!

So not only did you bust out your Transylvanian accent, but this dish looks pretty darn fabulous. I've never even *heard* of Transylvanian Stockpot before, but you'd better believe I'll be trying it after reading this. And speaking in that Transylvanian accent for the ENTIRETY of the cooking experience, probably much to my husband's dismay... and my delight. :)

Thanks for sharing this recipe, girl!