It’s Monday! Have some Jicama. 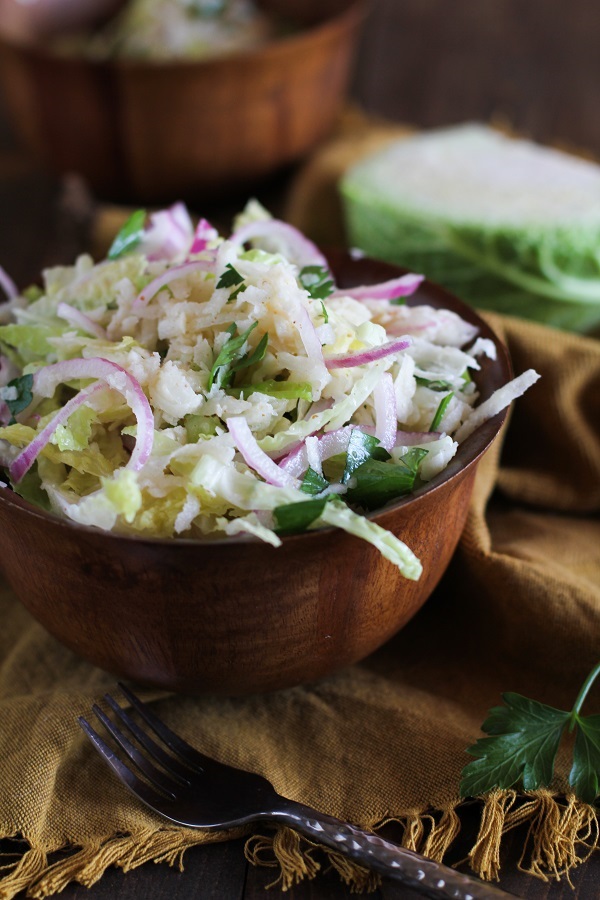 Last Monday began with Roasted Celery Root and Carrots, and it got me thinking: what would you do if I showed you a root vegetable recipe every Monday? Would you high-tail it outty? Would Mondays be the day you expressly avoid this space, or the day you intentionally come to The Roasted Root?

…or would you be like, “It’s totes Monday and I need a detox. Think I’ll take a gander at what’s cookin’ on The Roasted Root.”?

Let’s get cereal, cause seeeriously, I wanna know if you’re up for all about the roots or if you really just come here for the ice creams. I wouldn’t blame you either way.

But: jicama.  Is jicama not the coolest root name ever? 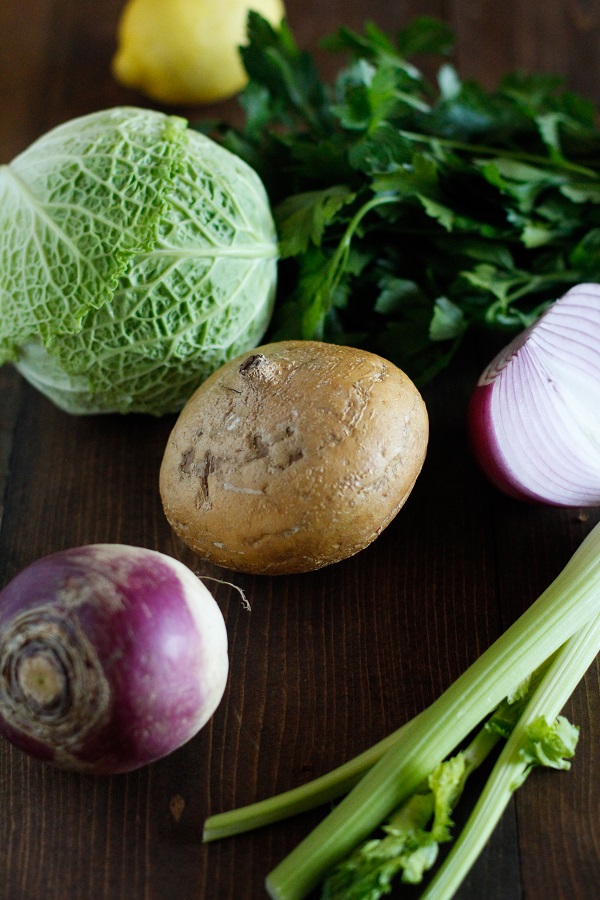 Jicama is a megalorighteouserriffictastic root vegetable. Since this is jicama’s first appearance on The Roasted Root, here’s what you need to know –

What is a Jicama?: Jicama (prounounced hickuhmuh) is a starchy taproot that has a mild, sweet flavor and is popular in Central America, South Asia, and the Caribbean. It can be eaten both raw or cooked and has a similar texture to water chestnuts with a mild, sweet flavor.

Health Benefits of Jicama: Jicama is full of soluble fiber, which helps stabilize your blood sugar level and promotes digestion. It’s a good source for Vitamin C which is an antioxidant that helps boost your immune system, protects against disease, and is good for your skin and eyes. The root also contains a small amount of copper and magnesium, albeit nothing to write home about. All in all, jicama is a healthful veggie to add to your diet, plus it’s one of the more pleasant tasting roots…so there is that.

How to Cook with Jicama: In order to cook with jicama, rinse the root well peel it using a paring knife or vegetable peeler. The skin does take some elbow grease to get off, but once peeled, jicama can be diced and cooked, sliced, grated, or julienned. There are a variety of ways you can serve jicama, and I really enjoy it in slaw! 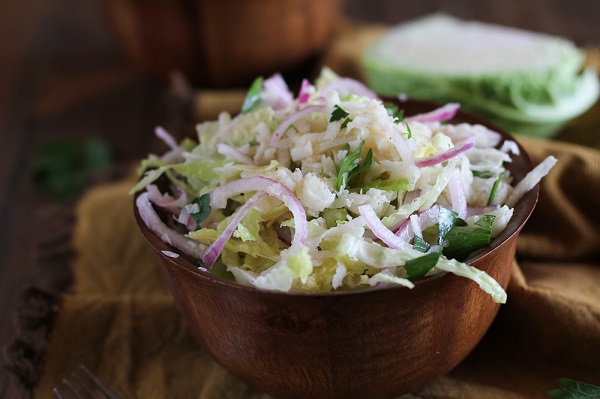 This slaw. It’s amazeballs.  We’re double root whammy-ing the crap out of it with both jicama and turnip. The slaw is super crunchy/snappy/good for your face.  It’s amazing on fish and burgers, and can be added to a green salad to give it a little sprucing. Sidled right up next to pulled pork? That’ll do too! 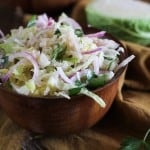 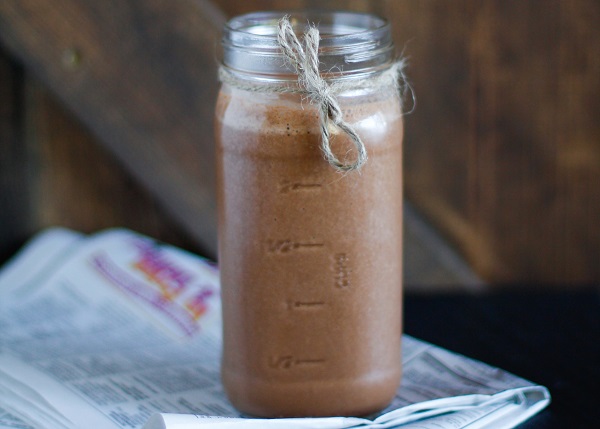 Glad you added a pronunciation... oh man, i was totally off :) Looks like an awesome partner for some porks, mon!

This slaw looks delicious...I love jicama! I can't wait to try this recipe...thanks for sharing!

I am down for ALL THE ROOTS. They are actually my favorite kind of veggie. Just don't tell the corn or tomatoes. :P

I haven't had jicama in FOR.EV.ER. Love it in this fresh and fabulous slaw.

I've been using jicama for years, always raw. I've never tried to cook it. And I tend to use rutabagas in place of turnips because I like the flavor better. I definitely like seeing recipes that use jicama. And I would be on for the roots recipes (sorry, I don't talk like you :-) …)

I am completely down for a root veggie recipe once a week!! Especially since fall is fast approaching and I plan to mainly live off of root vegetables in the upcoming months! I'm kind of addicted to eating slaw and love how unique this recipe is! I've only tried jicama a few times but now that I know how awesome it is, I plan on eating much more of it :)