These grain-free, refined sugar free snickerdoodles are paleo, and super easy to bake! Whip up a quadruple batch for giving as holiday gifts to friends and family! 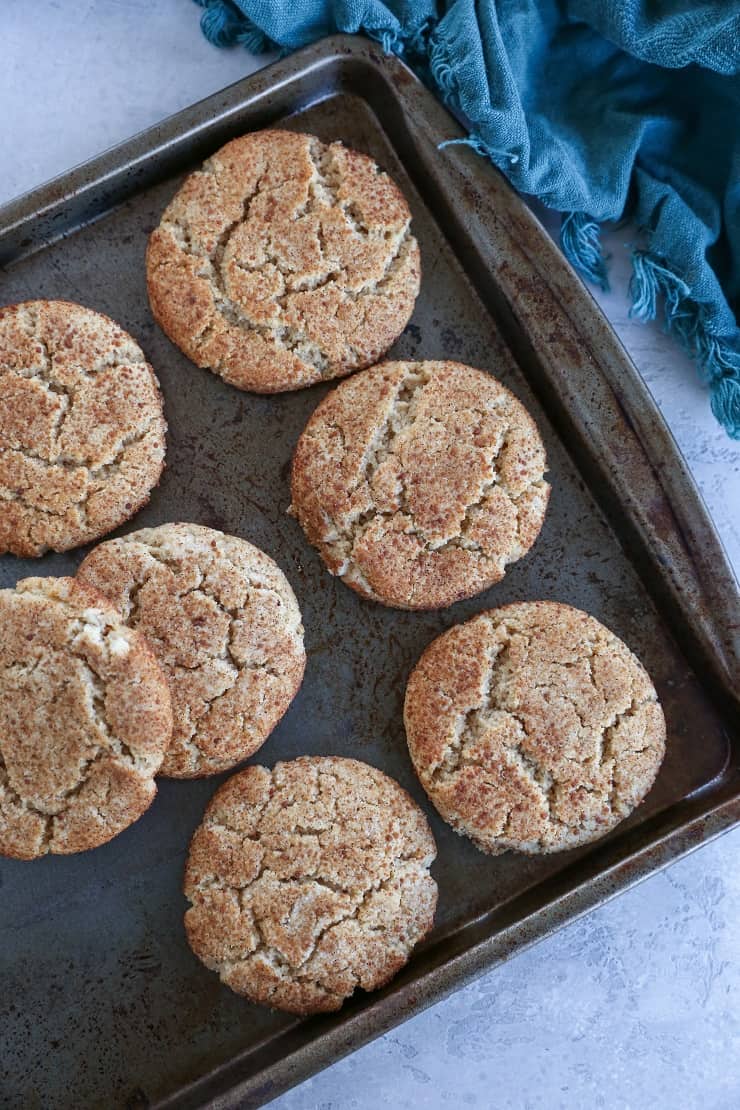 In hot pursuit of a grain-free snickerdoodle recipe, I tossed some coconut flour and arrowroot flour in a bowl, added some liquid, gave it a stir, batter looked great, baked them off and out popped: gummy bears cookies. Correction: gummy cookies that taste like snickerdoodles, slash snickerdoodles with gummy bear texture. However you want to look at the sitch.

I then benched the project, because gummy bears are great and all, but only in tiny portions, and only when they don’t taste like snickerdoodles.

After taking a hiatus from Snickerdoodle gummy bears…errr…I mean snickerdoodle recipe development…I went ahead and got back on the horse. I traded the arrowroot for less tapioca flour and used almond flour instead of coconut flour. I was awarded with a crispy-on-the-outside-soft-on-the-inside cinnamon and sugar delight – just the way a good snickerdoodle should be. 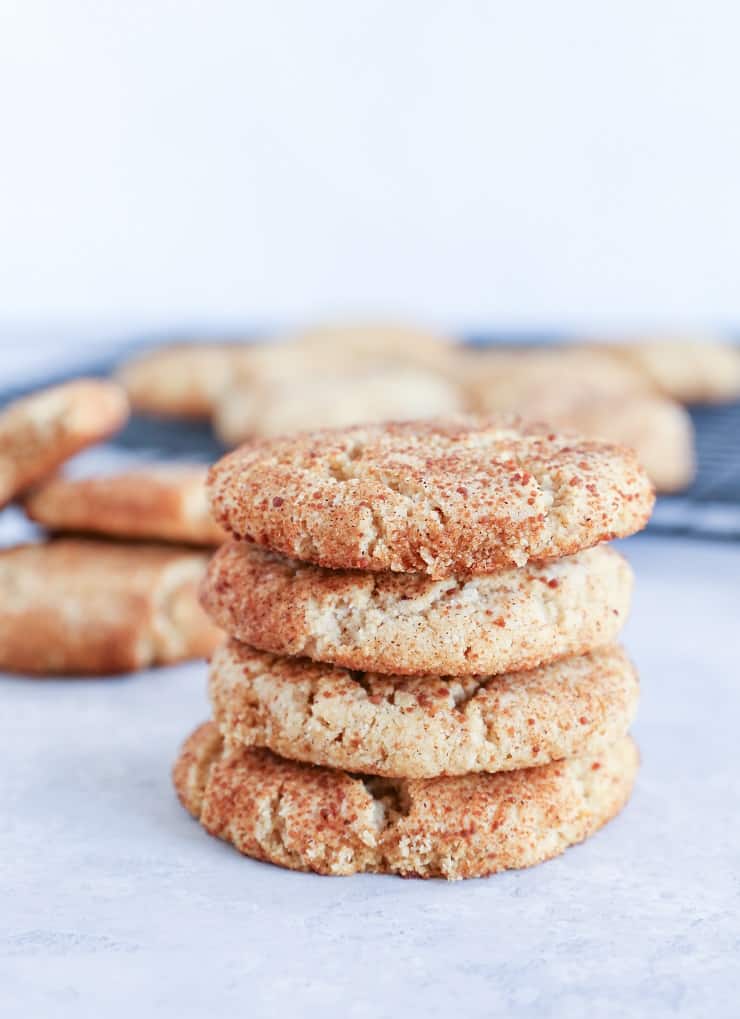 Prior to baking these bad boys, I refrigerated the dough and gave it a good roll in coconut sugar and cinnamon. The cookies basically come out tasting like cinnamon and sugar pancakes…little crispy churro cookies, if you will. But, like with all the protein and healthy fat in them.

I’m envisioning these going down on your list of Christmas Cookies To Bake, but they’re also an all-around great staple cookie to have around…the kind of treat you want when you first walk in the door after a long day. 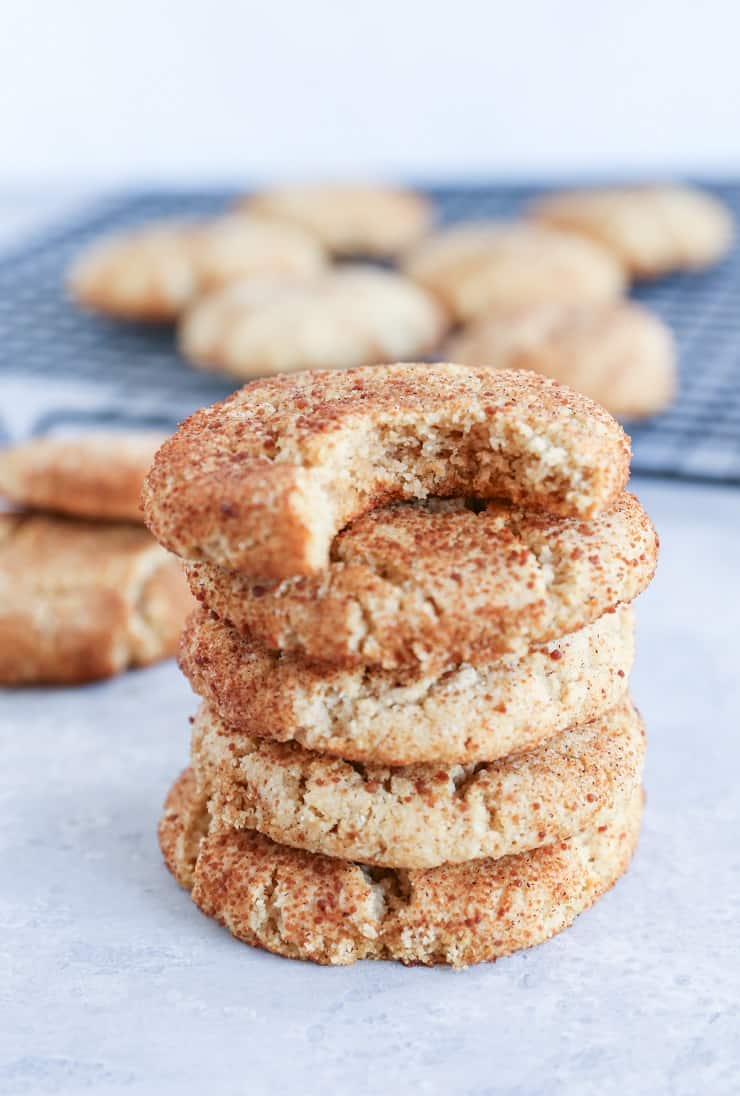 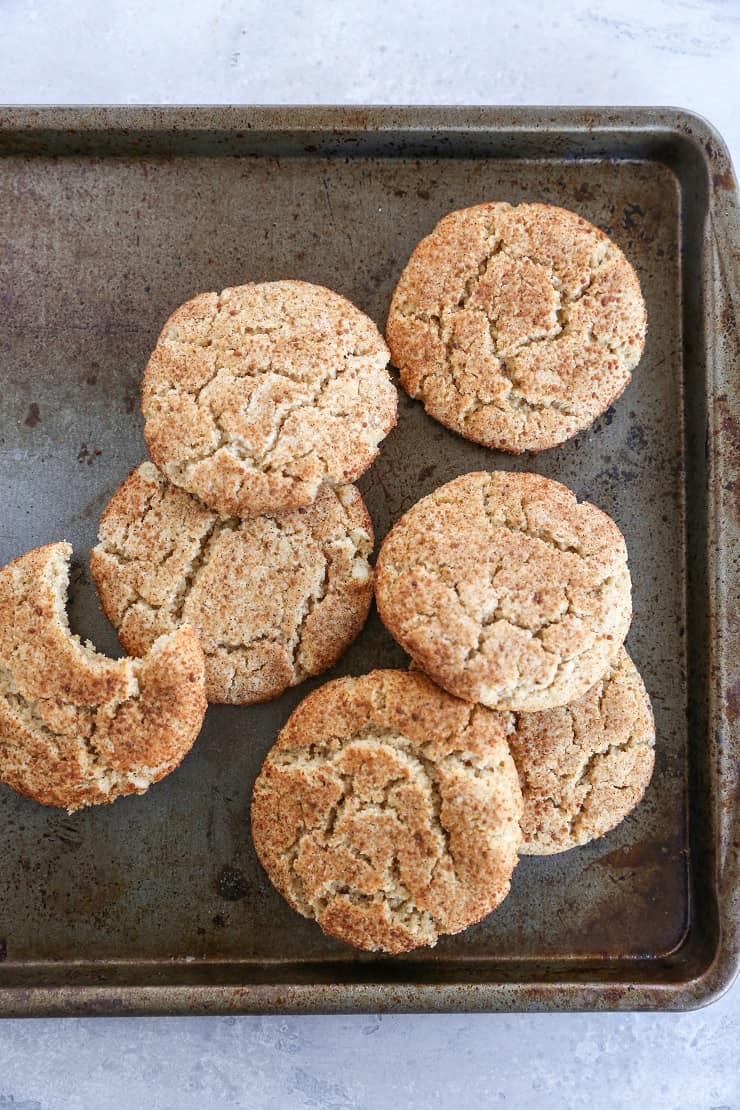 These were very easy to make and came out perfectly! The almond flour has a very nutty essence, which seems to prevail over the cinnamon sugar snickerdoodle flavor. But even so they taste delicious! Also they are somehow more fluffy after being stored for a day.

Oh Gosh coconut flour is definitely a tricky ingredient to bake. But I love the flavour of this flour.

These look so delicious, Ju!!! I've never made snickerdoodles. It is time to try :-)

I need your mad baking skills! I would have probably just cried, eaten all the gummy dough and given up. You win the prize for making all the healthy desserts that I want to eat because I know I won't feel too bad about myself afterward!

Snickerdoodles are one of my faaaave cookies! I think I totally would be down for a few of those snickerdoodle gummy bears, too!

Coconut flour....oh man, it's one of those tricky ingredients that can be hard to bake with sometimes. I've had so many coconut flour dessert recipe fails!

Lol! I've been there with the baking disasters. My most recent fail was vanilla cookies that were hockey pucks. Mmm...hard. :) These look just perfect though! Third time's a charm!