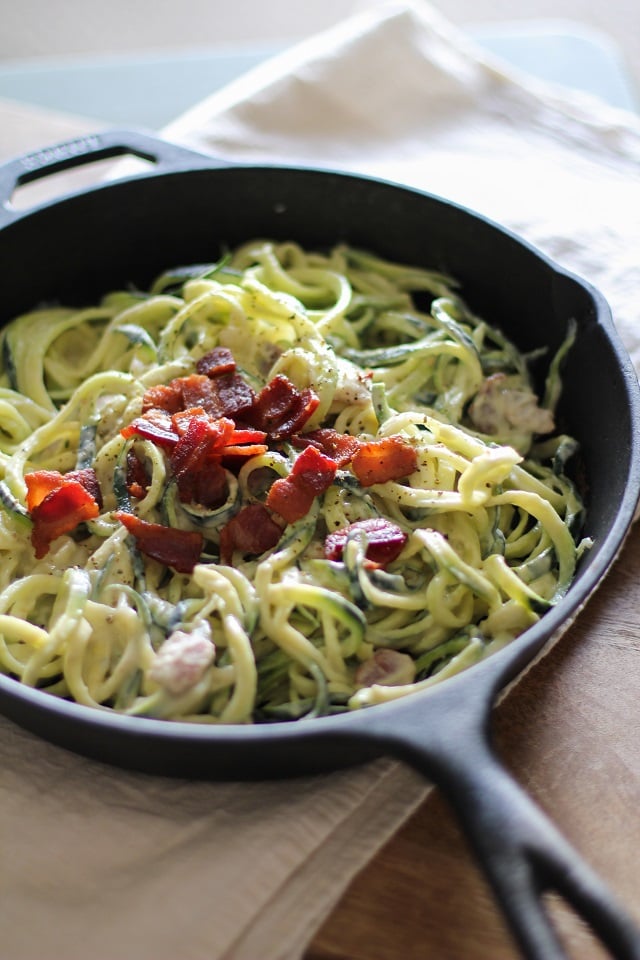 You’re never going to believe the trickery that went into these noodles. I made cream-less, cheese-less pasta carbonara using cauliflower of all things, wha whaaaa?! Okay, I guess using cauliflower to make a creamy sauce isn’t that revolutionary…in fact, we’ve done it multiple times on TRR, but healthifying carbonaaaaahra was a bit of an ego inflator for this girl right here.

Let’s back up. In case you’re unfamiliar with pasta carbonara, it is an Italian classic made by cooking up guanciale (or pancetta, bacon or other fatty meat), then whisking up eggs, cheese, and cream on the stove top into a ridonkulously sinful sauce. Pasta is then tossed in this sauce of dreams and served with that tasty meat. So to lighten the thing up, we’re cutting out some of the eggs, and all uh-duh cheese and cream, to be replaced with half a dang head of cauliflower. It’s fool’s gold, I tell ya.

But we keep the fatty meat, because: duh. 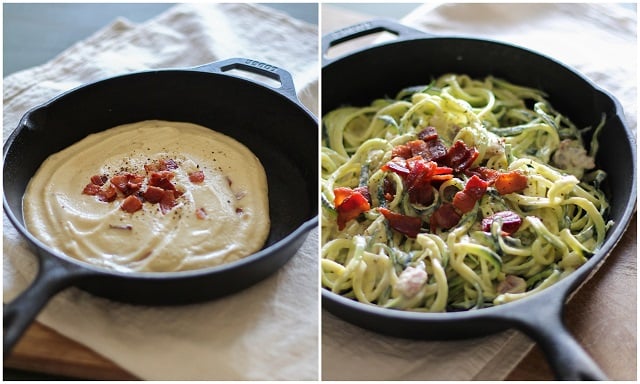 The sauce requires a lot of steps, but don’t worry: we’ve got pictures to guide us.

So here’s what we do for that cauli sauce I’ve been telling you about:

We steam up half a large head of cauliflower, then stick it in a blender. #SteamShot: 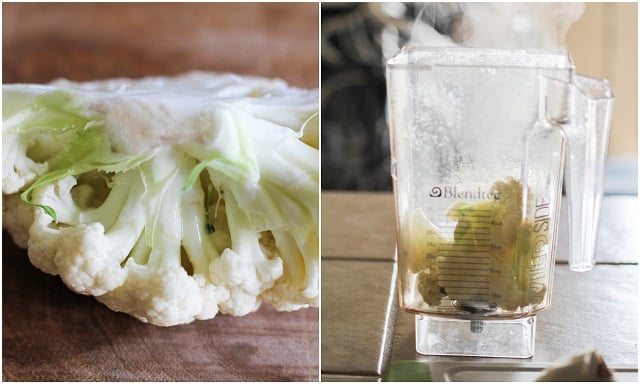 We gather our guanciale, pancetta or whatever fat-tabulous meat we’re using. I used thick-cut bacon. We cube up the meat, cook it in a skillet, then stick it on a plate. 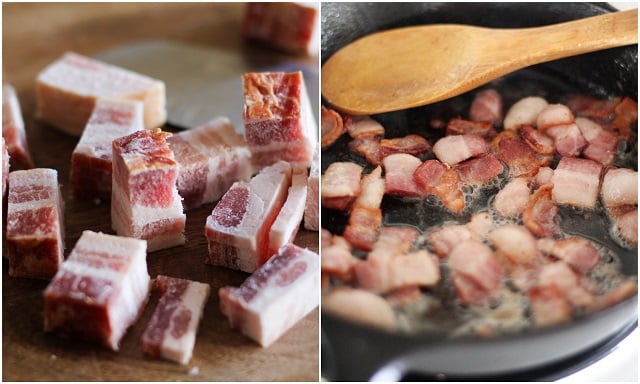 Because we have all this delicious bacon fat for the cooking, we use it to saute our onion and garlic. 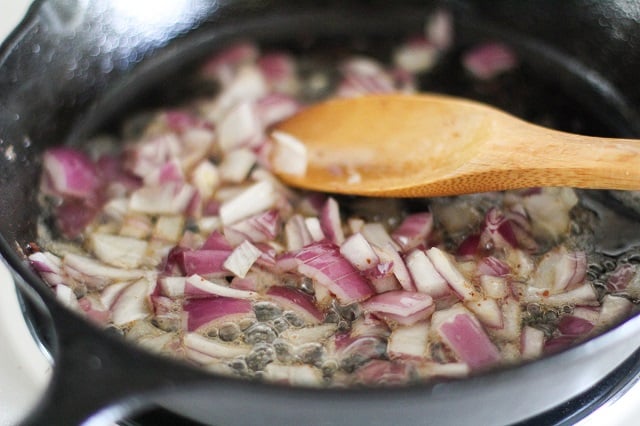 Stick said sauteed onion and garlic in the blender with the steamed cauli, along with a few egg yolks and some almond milk. We blend. We’re golden. 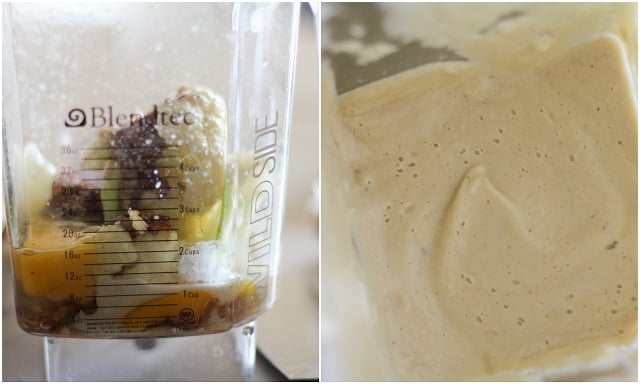 We heat the spiralized zucchini noodles in the same skillet we used to cook the bacon. Cook for just 2 to 3 minutes until the noodles are just slightly softened, but still super al dente. 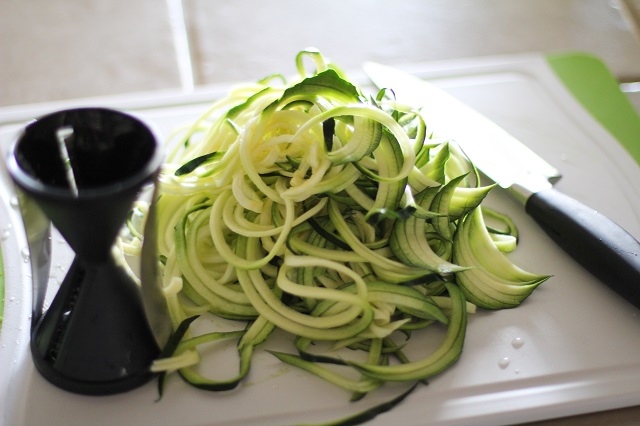 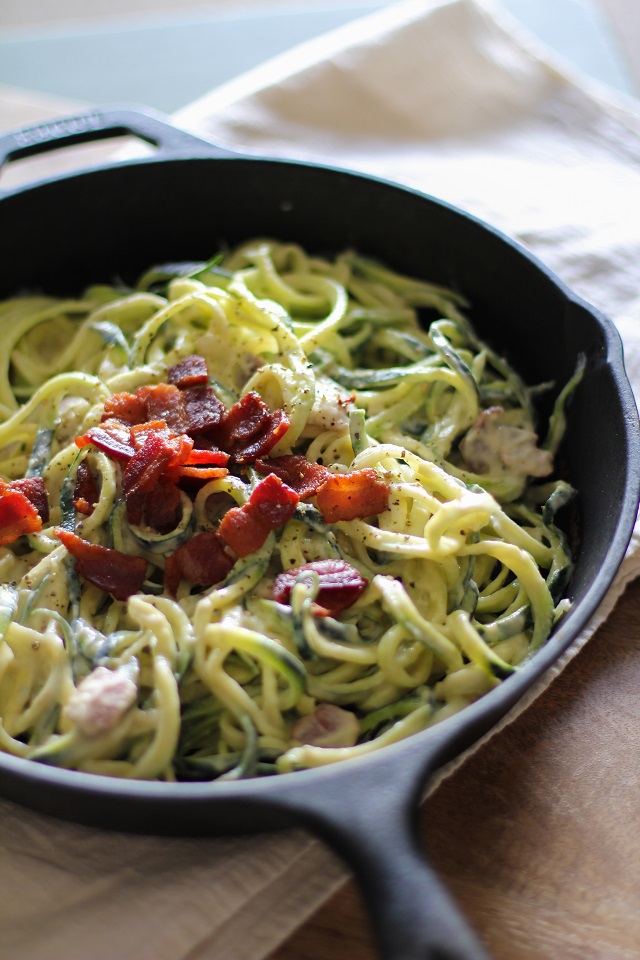 And that’s all she wrote! It may sound complicated at first, but it’s simple once you get the hang of it. And the whole meal is gluten-free and paleo-friendly!

As a side note, I’ve been collecting spiralizers the way my dad collects postage stamps, no joke. My newest spiralizer: the Common Sense Goods spiral slicer.

The folks at Common Sense Goods were kind enough to offer 25 of my readers 60% off on their spiralizer. The first 25 folks to purchase a spiralizer will receive this promotion. Simply use the promo code: VJG5JXQJ at checkout.

Spiralize up some zucchini and enjoy the this healthy pasta carbonara! 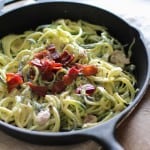 If you end up with more cauliflower sauce than you need, you can either spiralize another zucchini or save the sauce for later uses. Just be sure to heat the sauce up before saving it, since there are raw egg yolks in it.

Use the cauliflower carbonara sauce recipe for any and all of your favorite pasta dishes! 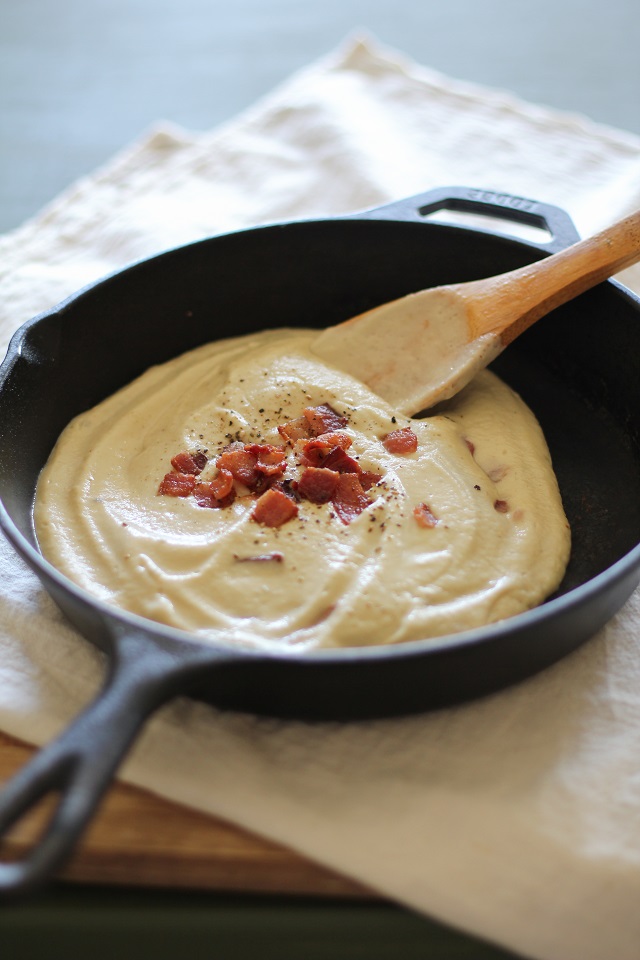 Have you made pancakes on a sheet pan yet? If not,

On my family’s menu for Christmas Eve: Instant P