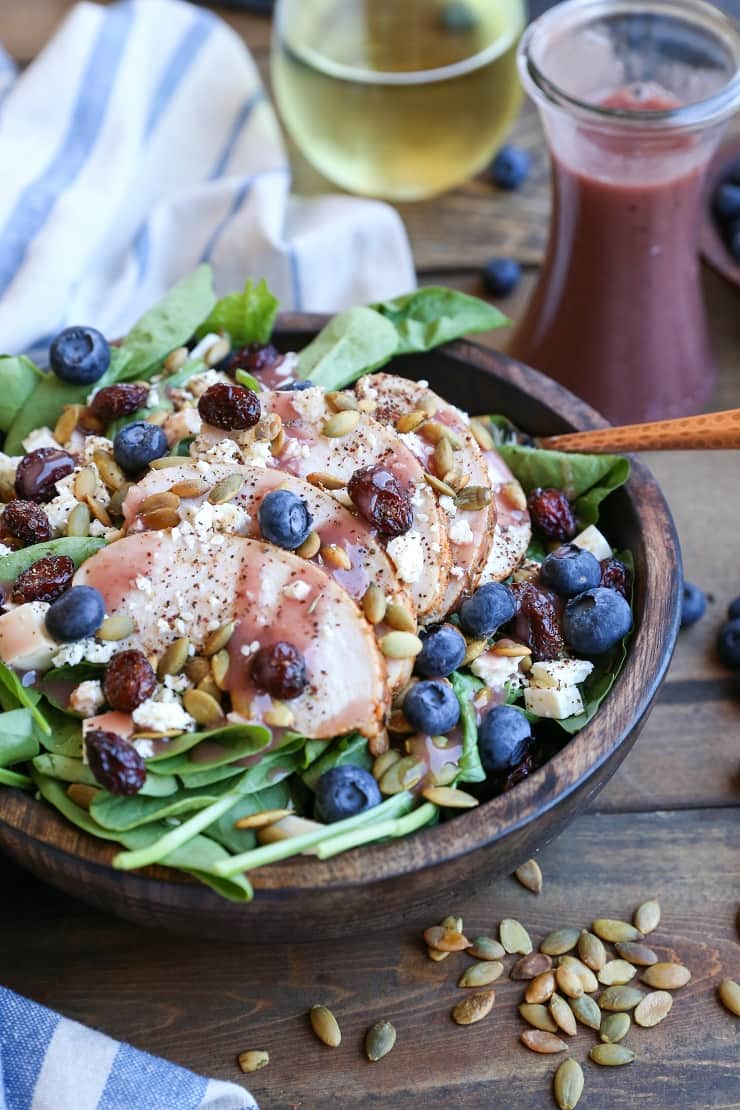 This is the picture perfect example of a lovely recipe materializing by pure accident out of a fridge and pantry cleanout.

Typically, my non-food blog food dawdles aren’t anything to ooh and aah over, but you guys… 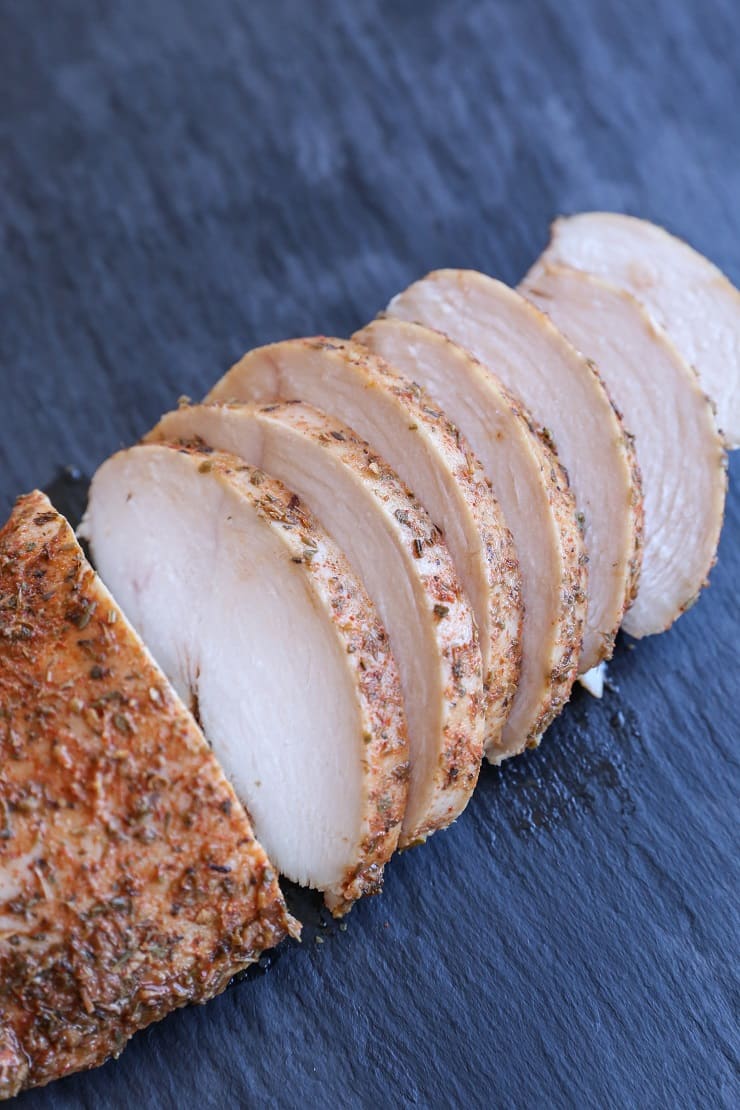 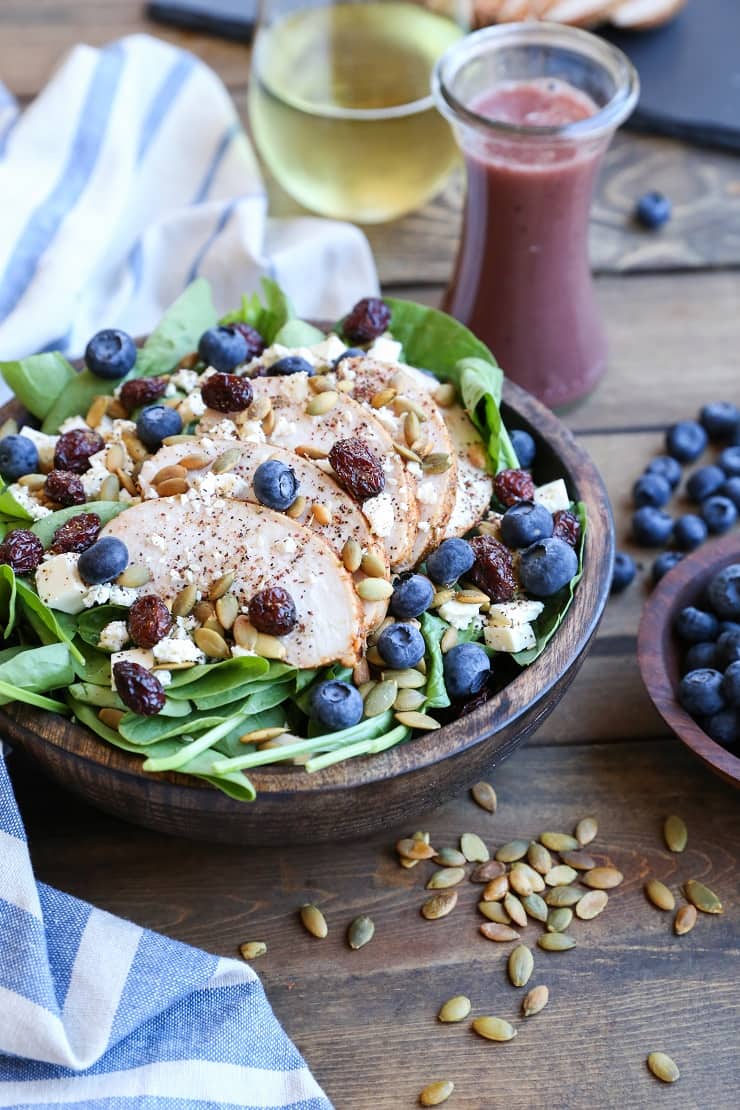 Historically, I have been in the habit of not giving  lunch much attention – I would either eat a veggie-packed salad at best, or at worst, snack on whatever dessert recipe I was working on at the time.

Typically, my lunches would be fairly void of protein (save for the cucumber dill avocado tuna salad I make periodically), and contain mostly fat and fiber.

For me, this is a surefire way of losing momentum in the afternoon and being famished by the time dinner rolls around at 4pm (<- because I’m a near dead).

Although for the longest time I thought for sure I was eating enough protein, it has recently come to my attention that such is not the case (more on that in a later post).

My instant fix was to marinate some chicken breasts and bake them up to easily incorporate them into any meal.

This quick and easy change (eating more protein), has helped quite a bit with my digestion and gets me through the afternoon slump seamlessly. 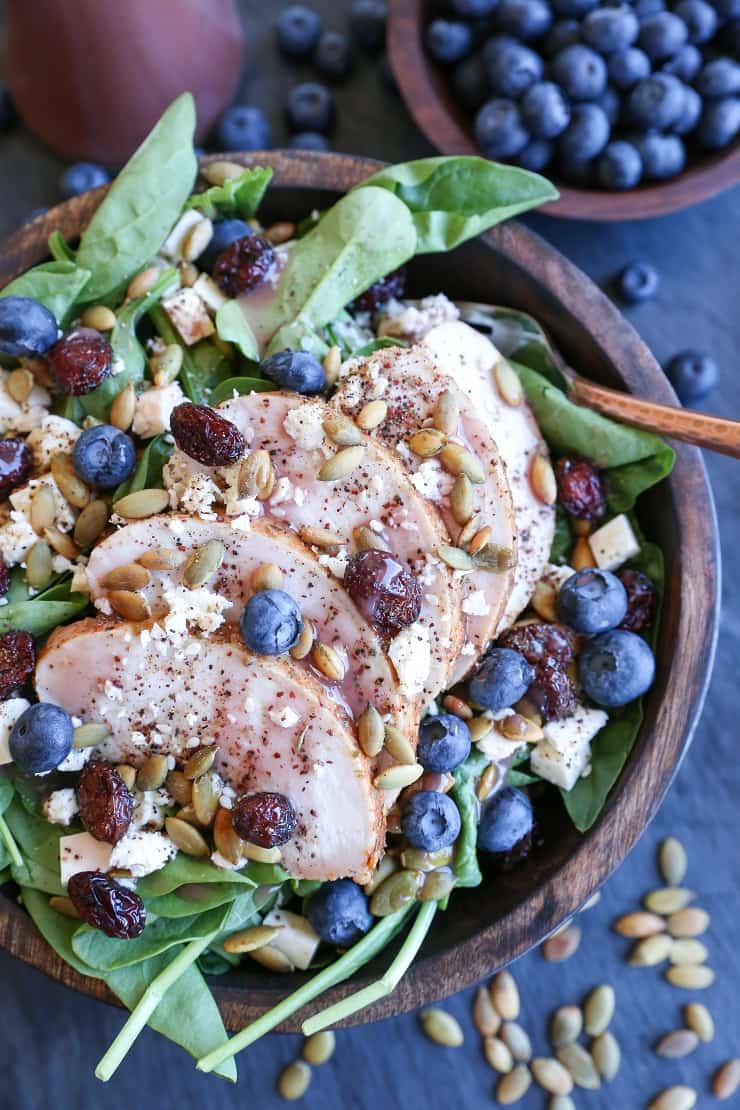 For those of you who have mingled with me for a while, you’ve probably heard me gripe about boneless skinless chicken breasts.

I’ve been the biggest naysayer of them all, guilty as charged.

Truthfully, I typically find boneless chicken to be blasé, and have had an exclusive relationship with the bone-in method. That was, until I made this recipe.

My approach was one of those toss whatever I could find in my pantry and spice cabinet in a zip lock bag, and shake the dang thing up (shake n’ bake style) situations. I allowed the chicken to marinate for a couple hours, and kept my fingers crossed it would be edible in the end.

Not only did it turn out edible, it’s just the greatest boneless chicken adventure I ever did encounter.

To the extent that I’ve been putting it on repeat for all the meals -> I made it for two lunches and a dinner last week, because: obsessive. 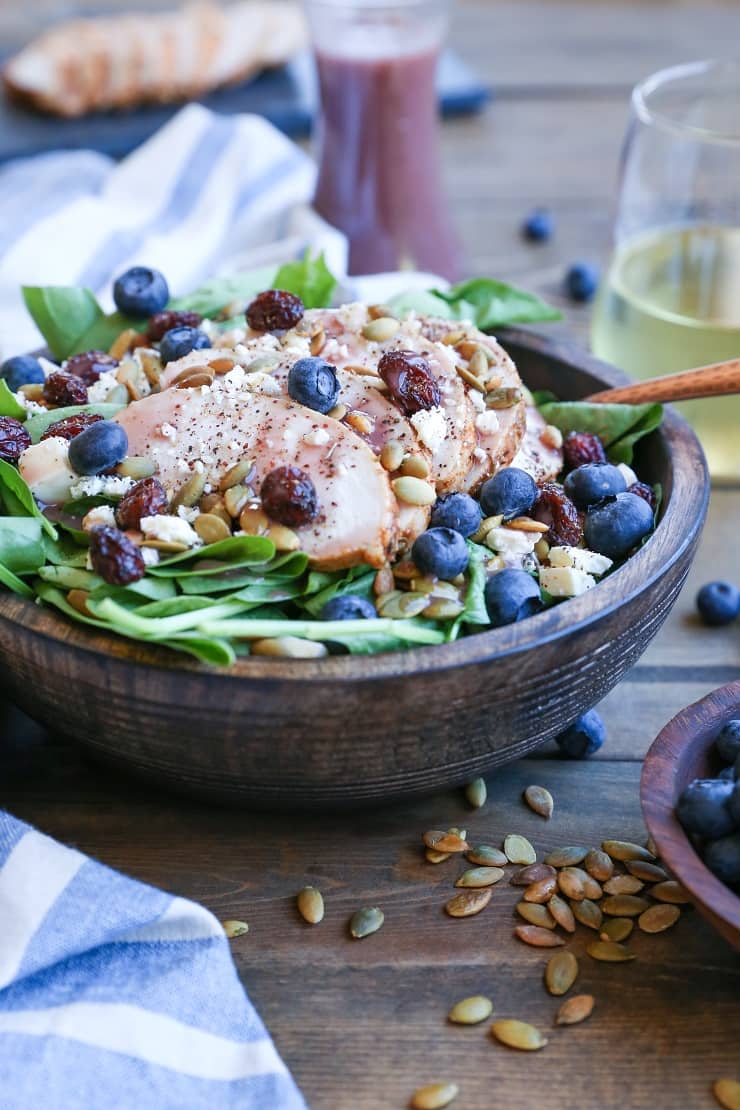 The way this salad shakes out is simple.

We marinate the chicken, bake it, then refrigerate it. For temperature purposes, refrigerating the chicken after baking it makes for a nice chilled salad. If you own an air fryer, you can skip some of the prep and cook time by making my Air Fryer Chicken Breasts.

Slice up the chicken and toss it on a bed of greens with dried cranberries, fresh blueberries, and feta.

Take the extra step of roasting some raw pumpkin seeds for a few minutes in the oven to give an even burlier burst of flavor. All that is left to do is to finish it off with a drizzle of homemade raspberry vinaigrette, and SHAZAM lunch (or dinner) of champions!

The way I see it, this chicken is the ultimate meal prep win for folks who eat animal protein.

Secondly, the chicken only takes 30 minutes to bake (shave off even more time by grilling it!).

It can marinate for a few hours to overnight, making it a super simple make-ahead option.

The result is a perfectly cooked, super tender and flavorful hunk of chicken…protein-packed with no added fat.

Perfect for those of us who love filling meals that leave us feeling energized!

**I recommend using juice sweetened dried cranberries rather than sugar-sweetened.

Looks so yummy! I can not wait to make this salad. Is it easy to make?

I don't add chicken to my salads terribly often because as you say it can be so blah. I need to up my chicken game...rubs and marinades help it tremendously and the flavors here sound spectacular! I've been obsessed with adding blueberries to my salads this spring/summer with feta or goat cheese so this is calling my name!