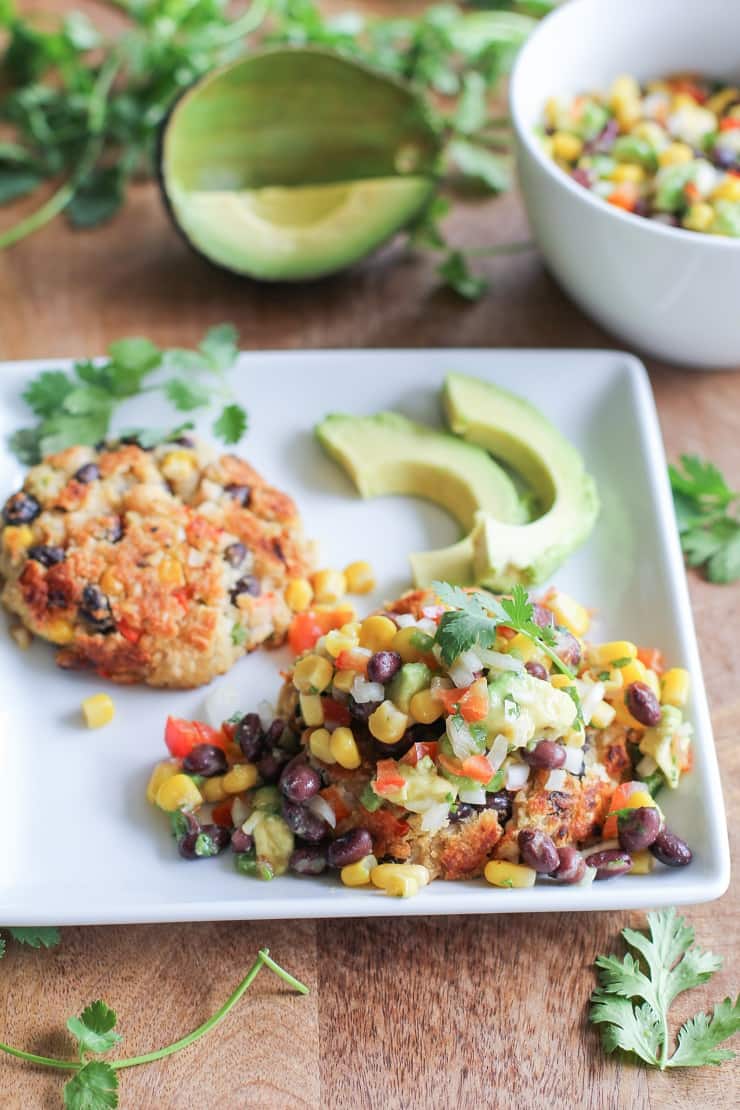 This is what I imagine Pecos Bill would be eating if he decided to take a break from the ol’ beef. Or if Calamity Jane swept through the Southwest and rounded up all Pecos’s cattle while he was busy lassoing a tornado and he had no other option but to peruse his pantry. When you were raised by a pack of coyotes like Pecos Bill, something’s got to feed your insatiable hunger, and that something is a mountain of Southwest veggie al fresca.

While a rattle snake-slinging ‘merican legend devouring a mountain of veggie burgers sounds a bit whimsical, these burgs are no tall tale. No, man. They’re legit.

Little known fact: Pecos’s favorite meal was dynamite. And that’s what these burgs are. BOOM!

The veggie burger. Can you get on board? It’s fairly impossible to trump a big beefy burger with melted pepper jack cheese and bacon, but veggie burgers certainly have their place in my mouth.  Especially when they’re double whammy-ed with Southwest-style ingredients and then topped with hunks of avocado and Southwest Black Bean and Corn Salsa.

Why go to the Southwest just once when you can go there twice?

Feast your peepers on this: 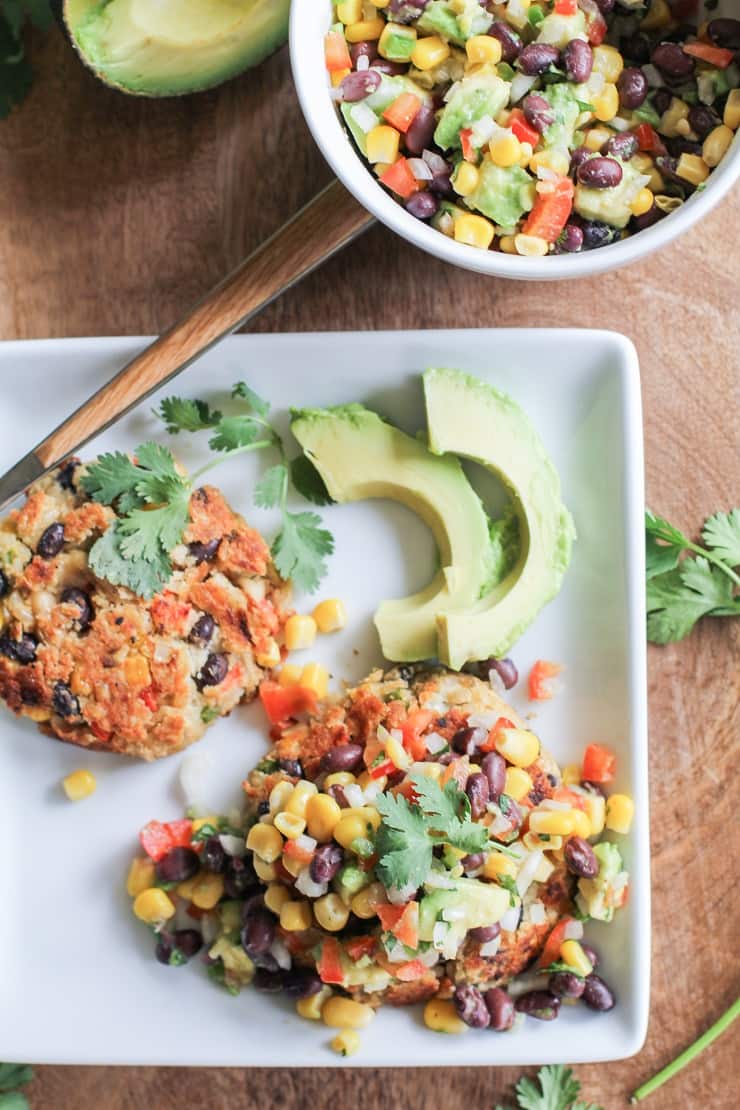 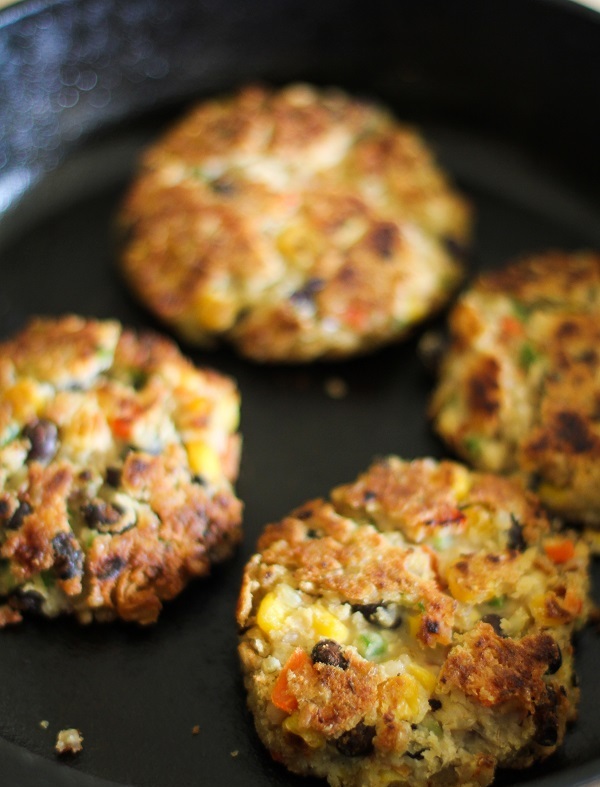 Other than all things Southwest, the veggie burger patties are made with white (cannelini) beans and brown rice, making them gluten-free. They’re super easy to put together and can be served as an entree or an appetizer. I like to go bun-less with these burgers, but you can certainly bun ‘er up.

Go to the Southwest. At least twice. 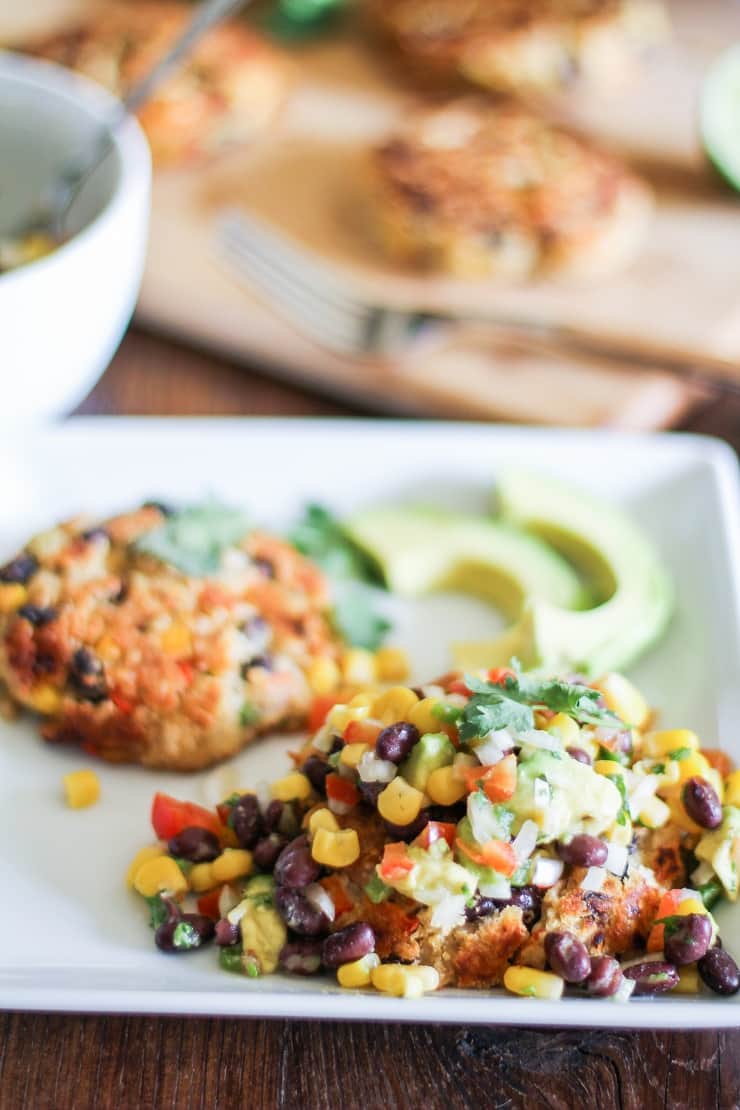 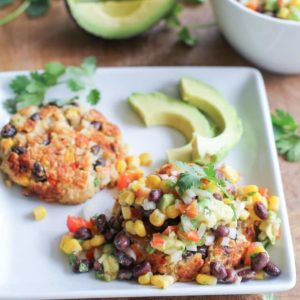 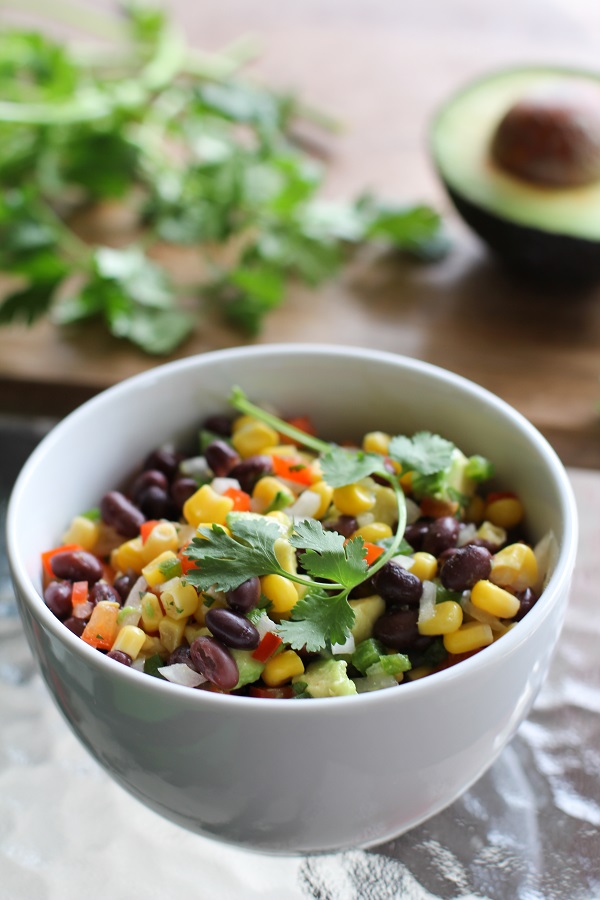 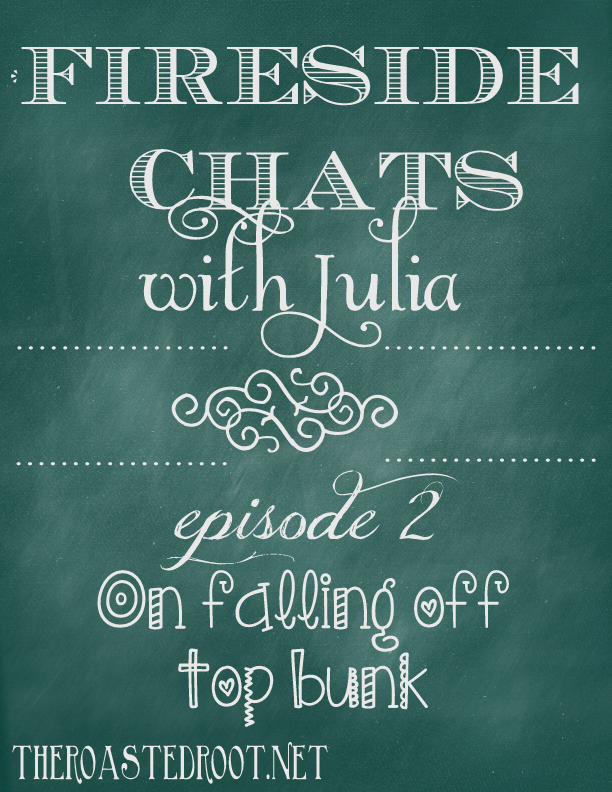 These burgers have become a staple in my cooking repertoire since you posted them. I make them once a week! Everyone raves about them. Thanks so much for posting this delicious recipe!

Evie, you're so very welcome! I'm happy to hear you like the veggie burgers!! Amazing how great a burger can be with such simple ingredients. Thank you for your kind comment and enjoy your week :) xoxo

These are INSANE. I'm off to buy a cast iron to feast my eyes on the babies in REAL LYFE!!!

I knew you'd love these!! You can definitely make them in a non-stick pan. I tend to be a jackass on my high horse by insinuating you couldn't possibly make the burgers without a cast iron skillet. It's totes possible, I swears it ;) Let's eat these!

You'd love them! Pecos would want you to have them.

Veggie burgers are my weakness! And these look incredible. I'll have to grab a few ingredients at the store and try them over the weekend. Cannot wait to try the black bean and corn salsa. Boom indeed! *hehe*

So happy you're going to try them, Courtney! Let me know what you think :) BOOM!

OK---it's Memorial Day weekend and this post has me craving a veggie burger!

Glad you like the burgs and hope you had a fun weekend!