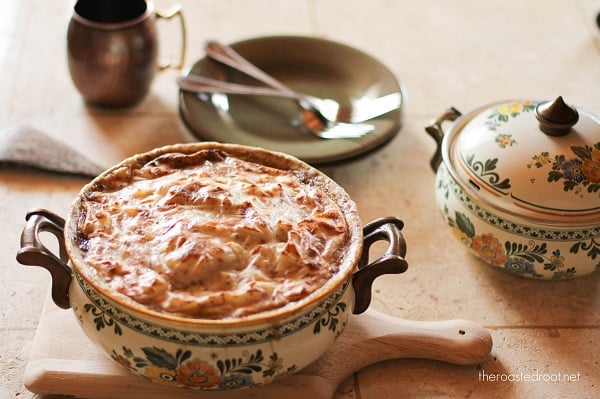 Any holiday that celebrates beer is my kind of holiday! Saint Patrick’s Day is coming up, so if you’re anything like me, planning stout-infused comfort food is a source of excitement. Meat, veggies and potatoes, the color green, rabble rousing, feasting and beer beer beer! Yes, St. Paddy’s Day is my kind of day. 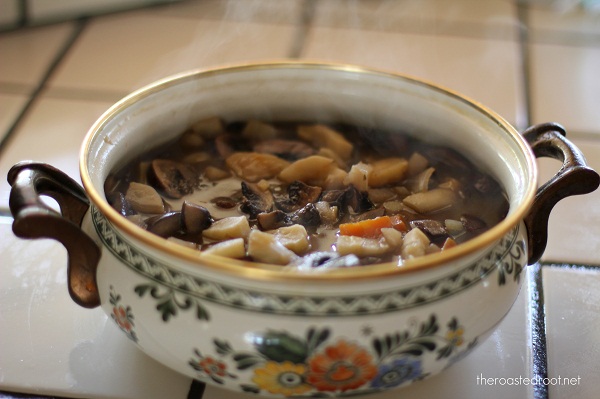 The Vegetarian Shepherd’s Pie is made with root veggies and mushrooms for a hearty, filling meal. I adapted the recipe from Feasting at Home’s Vegan Shepherdless Pie, which calls for sun chokes. Unfortunately, there was not a sun choke in town, so I replaced them with turnips.

In order to yin the yang, I made a meat-filled Shepherd’s Pie for my lovekin and his family two days later and the whole thing (save for a small corner of the casserole dish) was devoured, snippety snap.  In short: delicious. 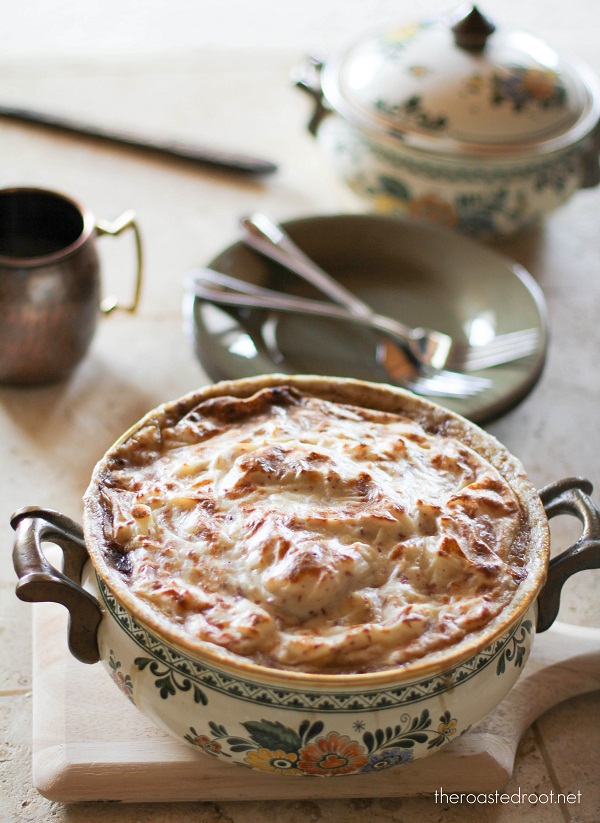 No Saint Patrick’s Day would be complete without Irish Soda Bread. Try my recipe for Gluten-Free Cheese & Herb Irish Soda Bread! So easy, so yeast-free, so crusty, everything a great bread should be.

Hop over to Food Fanatic for my Vegetarian Shepherd’s Pie Recipe.

Annnnd for the Turkey version, see my recipe below! 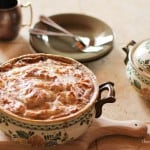 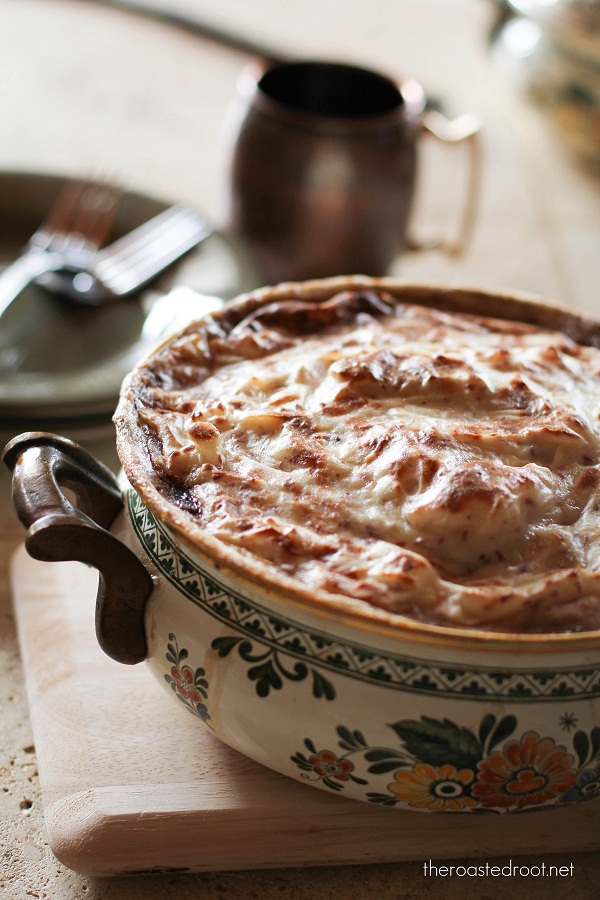