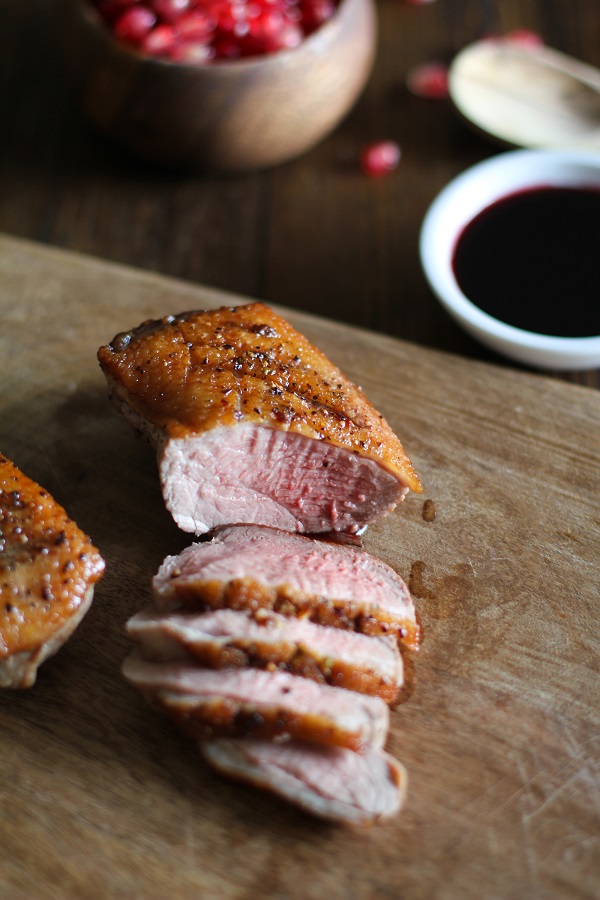 That’s probably the least sexy way I could have begun this post. It’s like going to the Grand Canyon, and being like, “Look at that canyon! Oh mylanta, do you SEE those rocks?! Now that’s a canyon. Bravo, well played, GC, well I’ll be.”

Buuut cereal…this is real sexy food. And mark my words, there is totally a difference between sexy food and un-sexy food.

For the sake of argument: 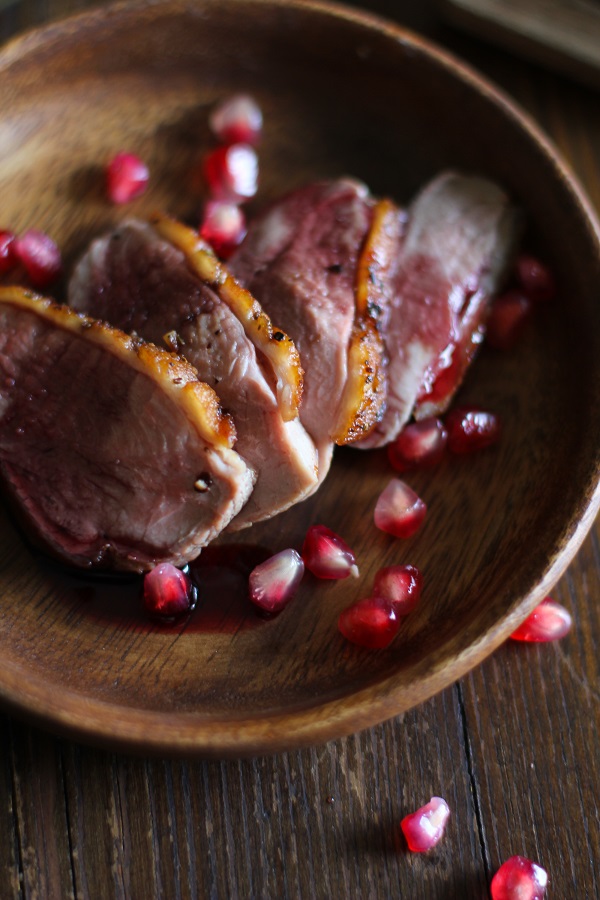 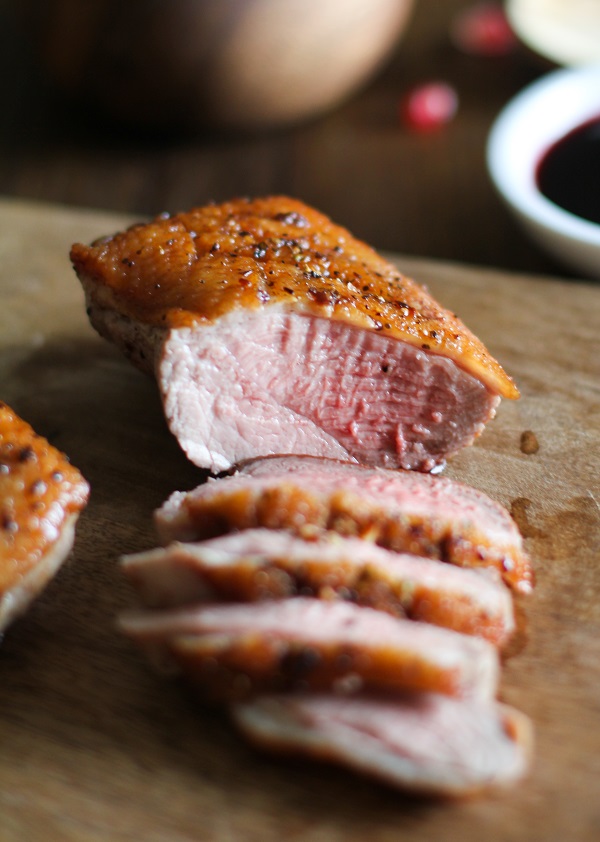 Have you ever made duck before? Duck is one of those foods you would think takes a lot of preparation, time, and consternation. But it really doesn’t! No consternation at all! It’s just as easy as preparing your run-of-the-mill chicken, beef, or fish recipe. Actually, it’s easier to prepare than lean meat because it comes with a hefty layer of fat, which means it’s pretty impossible to mess up because it comes with a flavor and liquid lube package deal. Like, the hefty layer of fat is liquid lube for the meat while it’s cooking, keeping the breast nice and moist for optimal tenderness. Fat. It’s reaaaal good.

As I was saying:

Seared duck breast makes for an incredibly sexy meal. And if you’re going to get wet, you may as well swim, so you absolutely need to make a pomegranate reduction (or a fruit-based sauce of greater or equal sex value) to go with it. If you like your meat alive and kicking (as in rarer than pictured), simply cook the thang for less time by eliminating the roasting portion of this recipe. 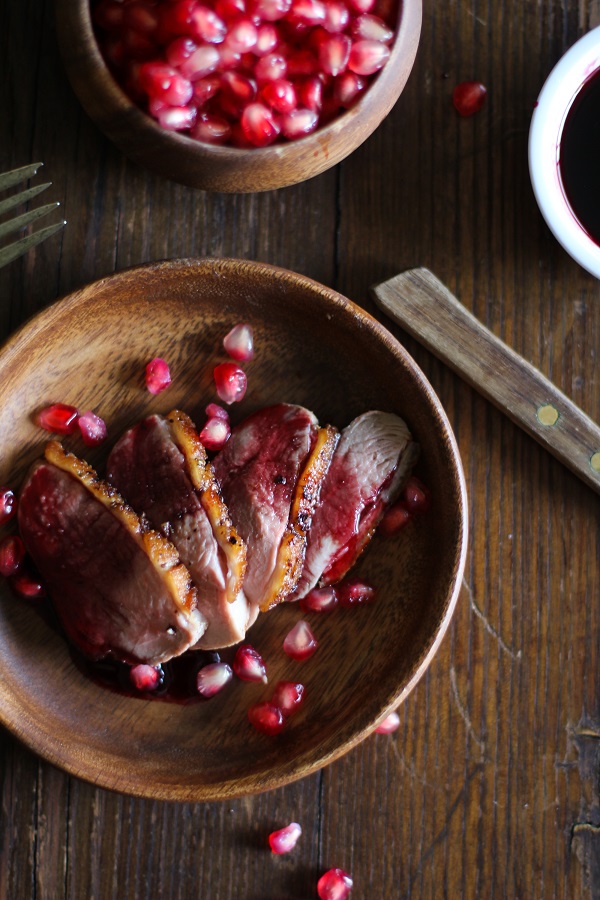 Get on wit yo’ bad self!

For the pomegranate reduction:

*For a rarer piece of meat, skip the oven process and serve immediately after searing the duck.

Are are pomegranates, and thus, this recipe is quite sexy indeed.

This is too gorgeous Julia! I love the gamey flavour of the duck (which you've crisped up beautifully, may I add!) with the sweet, sticky pomegranate mmmm!

Thanks so much, Millie! It's all about the crispy later of skin/fat! Best part of the whole cut! Have a great weekend, dear!xo

My sister LOVES duck and I just forwarded her this recipe. She said that the pomegranate reduction is what sold her haha

YES! Let me know if she/you make the duck! The pomegranate reduction is so easy and so worth the boil time! :D

This is such a pretty way to prepare duck! I love the pink pomegranate!

Thanks, Kelly! The pomegranate reduction makes the whole thing pop!

Hhaha I have to agree with your sexy food vs. non sexy food list. Oatmeal cookies-good, but not sexy. You are officially the pomegranate queen! Have I already told you that?