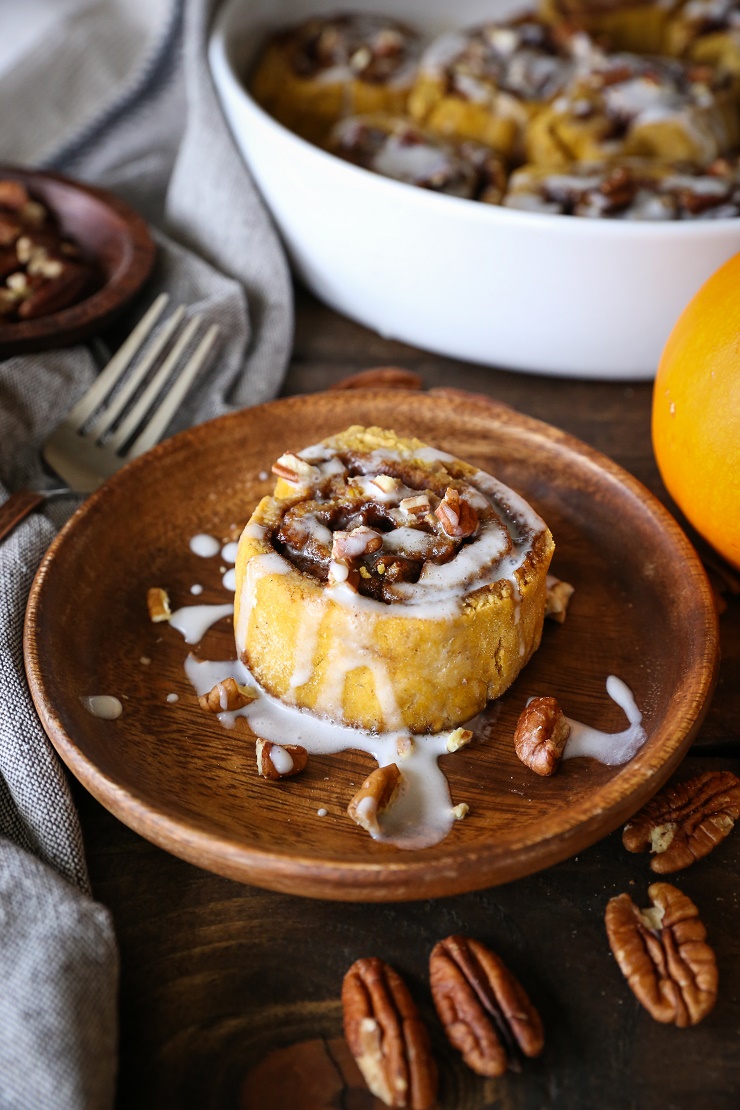 Whenever the holidays roll around, and those chilly mornings call for something sweet and inviting, I always find myself craving cinnamon rolls. The warm, inviting scent wafting through the house makes you feel perfectly comfortable and cozy at home. As a kid, my mom would prepare perfect batches of cinnamon rolls for my brothers, sister, and I – they were never too sweet, always large and fluffy, and rich with cinnamon goodness. After making a few batches, myself, I decided to step up my roll game, and convert to the wonderful world of – you guessed it – cinnamon rolls.

Or, pumpkin pecan sticky rolls if you will.

These pumpkin cinnamon rolls are so packed with fall, they send my frontal lobe into overdrive.

All in all, these cinnamon rolls are:

When it comes down to preparing these rolls, they are a bit of a process. These rolls require some time to put together, so save this recipe for a lazy weekend morning or evening when you have plenty of time to devote to the recipe. Delicious carb treats always taste better when you don’t rush it and enjoy the process, in my opinion. I also recommend reading the recipe a couple of times all the way through before starting it, especially if, like me, you’re a cinnamon rolls novice. A stand mixer will help immensely in cutting down the prep time and cleanup, but if you don’t have one you can just as easily use a couple of mixing bowls. 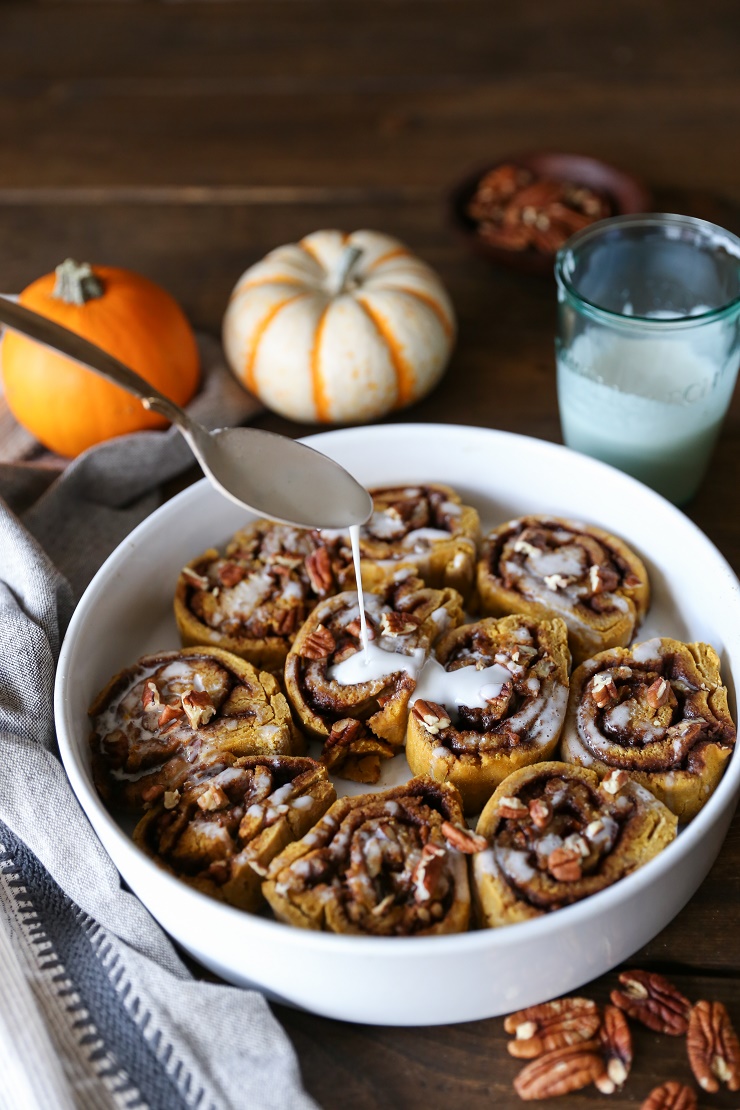 I used Red Star Yeast Active Dry Yeast to make these cinnamon rolls. Having a stash of Red Star Yeast on hand is always my recommendation, particuarly during the holidays when you’re hosting guests, and/or attending holiday get togethers. Having the yeast at arms-length is birlliant when you realize you need to bake a batch of cinnamon rolls, sweet or savory bread, or even for those times you have a hankering to put together a batch of yeasted pancakes or waffles for breakfast or brunch. 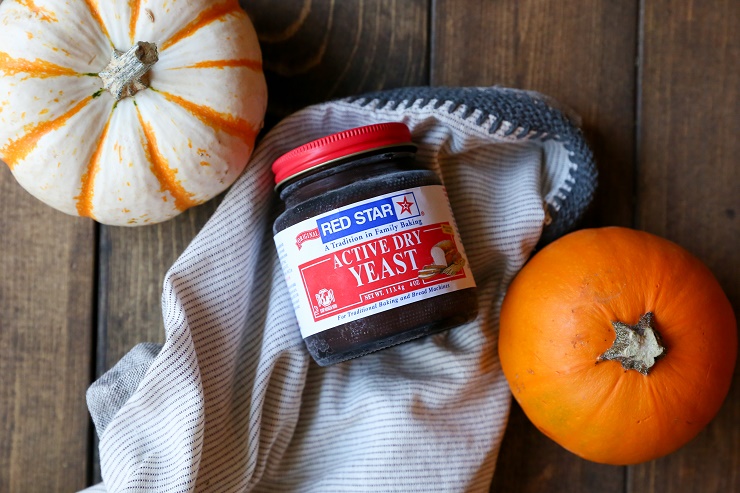 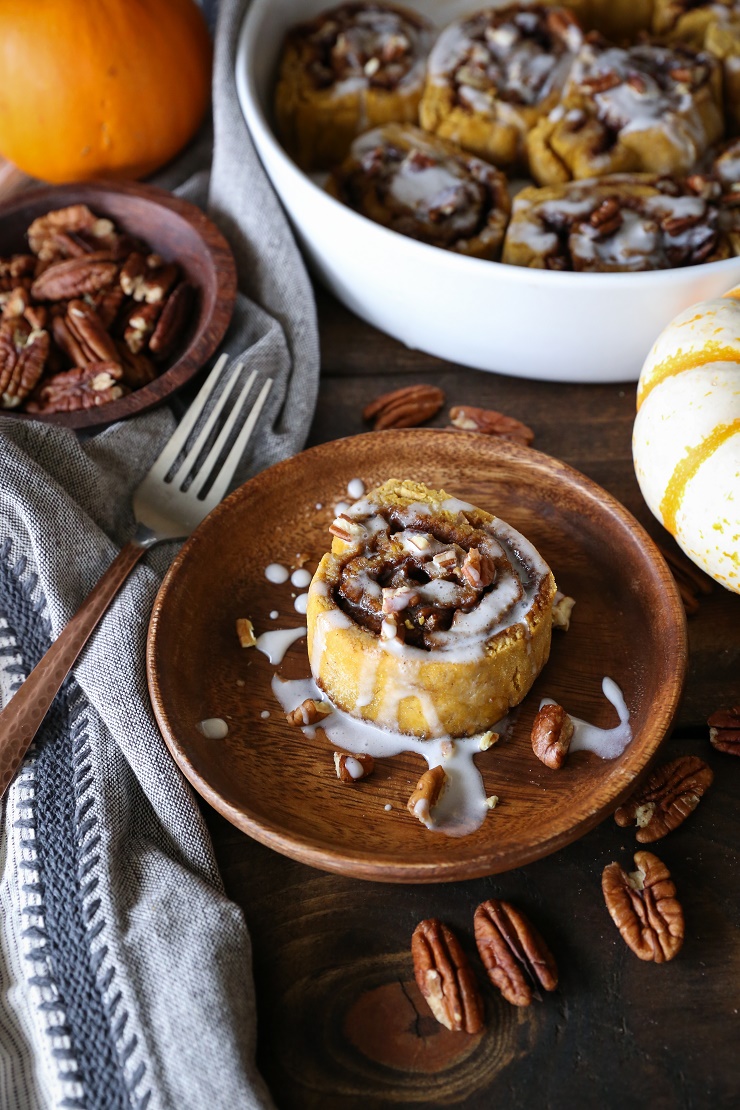 Let’s talk cinnamon roll stuffing…the good stuff…the gooey caramelized sweetness that makes your tongue buds go berserk. At a minimum, butter (or coconut oil), coconut sugar, and pumpkin pie spices (ground cinnamon, nutmeg, cloves) make for the warmly-spiced sweet essence of these rolls, but why not add pecans for a little nutty crunch fest? You can also add walnuts if they’re your jam.

As for the “frosting,” I’ve always been a huge fan of cream cheese frostings, and have developed a sort of coconut milk-based counterpart, essentially making coconut whipped cream with a splash of lemon juice for that tang. The rolls are flavor-infused on their own, but topping them with the creamy coconut milk frosting adds to the whole mouth-watering experience.

The way I envision it, these pumpkin cinnamon rolls are the perfect wake-up treat for the whole family on Thanksgiving or Christmas morning…or every weekend…or every day…twice a day…I’ll stop.

For the Cinnamon Rolls:

For the Coconut Glaze:

*You can source coconut cream by purchasing a can of it online or at your local grocery store. Or, you can refrigerate a regular can of full-fat coconut milk overnight and scoop the thick white cream that settles at the top of the can. Previous
How to Roast the Perfect Thanksgiving Turkey 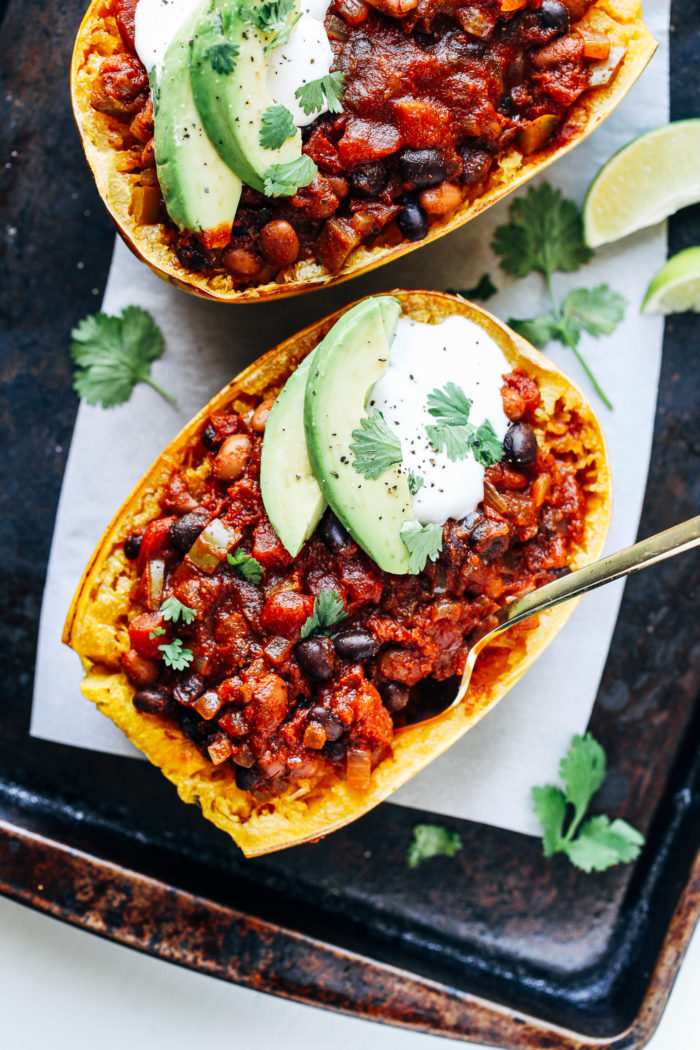 HELP!! The first time I made this it came out great. The second time I could not get the dough to form when adding the flour. It was a sticky mess. So I had to add a lot of extra gf all purpose flour until finally it wasn't so sticky. All that extra flour affected the taste badly and made the rolls so heavy. I also tried a third time with the same result. I followed the directions to the letter.

Oh no! I'm sorry to hear that! My best guess is there were issues with the yeast activation process...First and foremost, I would check to see if your yeast is expired. Secondly, what brand/type of coconut milk are you using, and are you adding the honey when activating the yeast? Does it smell yeasty before you're continuing on? Let me know and we can go from there :D

It was really tempting me to taste it. I hope to try the recipe and make Pumpkin Cinnamon Rolls with Coconut Milk Glaze perfect. Thanks for sharing

Oh my... I'm lost for words! I keep scrolling back to stare glassy eyed at the first photo - that glaze... and pumpkin in the dough sounds so good, I need to make these soon!

Abby @ Heart of a Baker

Ohhh girl, you are calling my name wit these! That glaze is KILLER.

They're definitely up your alley!! And the glaze really ties the whole thing together - you'd love it! :D