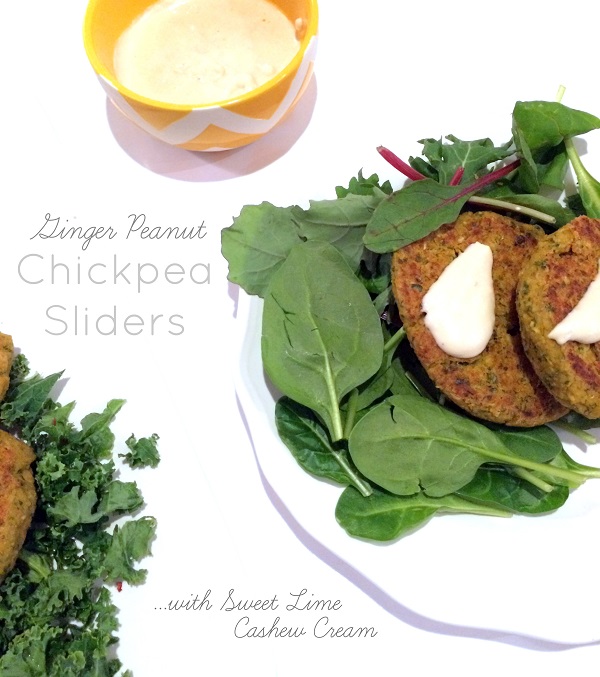 Did you watch the Super Bore? Oh please, me neither. I’m far too emotionally unstable to witness the Broncos getting their asses handed to them. Plus I had some other things to shake a stick at, such as this, which was somewhat redeemed by this, followed by a steamy bowl of this. P.S. Cheers to the OFFICIAL release of Delicious Probiotic Drinks!…TOMORROW (stop by for a lil’ releasal partay)!

Henceforth, I would like to communicate solely in clichés, Instagram, and emoticons. All they (who? they.) need to do is invent the emoticons for “don’t get your panties in a bunch” and “I walked off with my tail between my legs” and I’ll be set. Verbal communication = obsolete.

WHAT…am I doing? I’m introducing you to Alexis from Hummusapien! Alexis is a hero in a half shell! Her recipes pull on my heart and mouth string and the way she writes slaps me silly. I’ve made her Spiced Apple and Carrot Muffins, Maple Orange Mashed Sweet Potatoes, AND her Butternut Squash Salad with Orange Maple Cinnamon Dressing. Fuuuuuuhh! Insert emoticon for “Alexis is the cat’s pajamas.” SHE needs to write a cookbook!

As well as being the apple of my eye, Alexis is the caboose on the Guest Post Train. I’ve had a fabulous time introducing you to my dear blogging friends and I’m sad to see them depart. But moving forward, it’s me, myself, and I posting here on TRR. Many, many thanks to my wonderful friends for sharing their words and recipes.

Now for the main event: Alexis!!

Why hellooooo my lovely roasted rooties! My name is Alexis, and I rant and rave about all things delish over at Hummusapien. I must confess that I had to be pinched a time or three when Julia asked ME to guest post for her. I like totally wanna be Julia, so saying that I was excited to ramble about chickpeas on her little space was kind of a ginormous understatement.

Let’s chat for a hawt sec about all the reasons we adore Julia, shall we? For starters, she creates the most divine recipes with chia seeds and chickpeas and coconut milk that aren’t just healthy—they taste darn good, too! And she doesn’t just post recipes. Ohhh no. She also tells hilarious stories with this incredible wit from God only knows where. First she takes your breath away with beyond stunning pictures of Eggnog Bread with Boozy Maple Glaze and then she makes you cry laughing from her daily musings. Obsessed much? 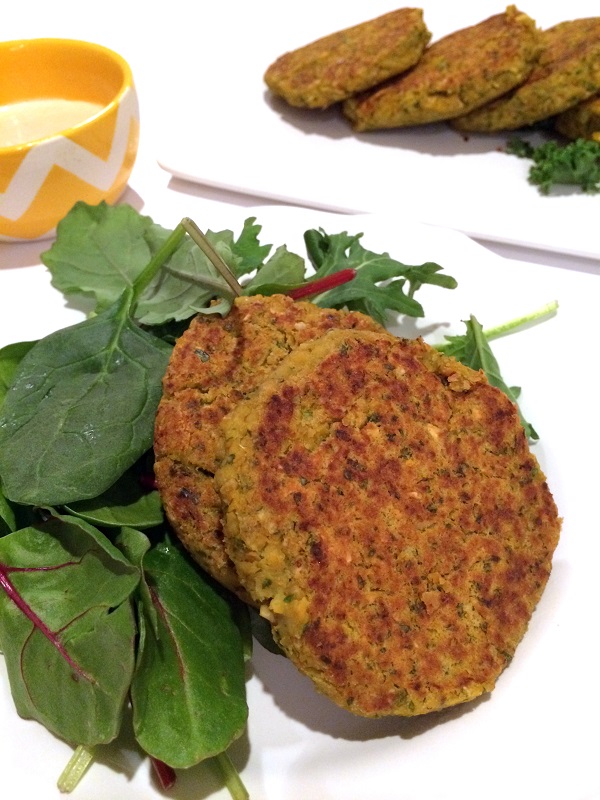 So about these burgs. They’re sweet, zesty, bold and all kinds of addicting. Sound familiar? Yeah—they would get a long reeeeally well with Julia. I mean they have tons in common. They could totally talk for hours on end.

I’ve been really digging cashew cream lately. Even if you ride the dairy train, I guarantee you’ll be obsessed with this stuff. It’s shockingly smooth and creamy—almost dessert-like. Total love at first bite. When I was whipping up this recipe the other night, I almost considered adding more maple syrup and perhaps a bit of almond meal, shoving it in a mini muffin tin and calling it key lime pie. The possibilities!! What a dream. 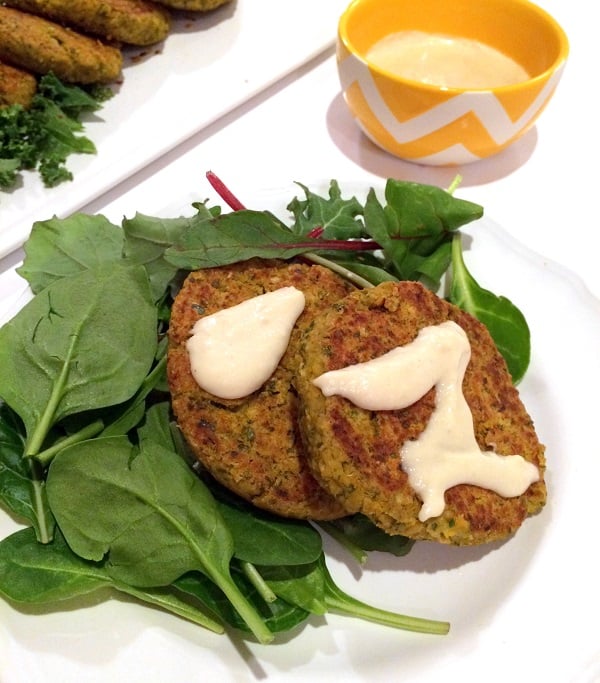 Based alone on the fact that these burgs have kale in them, you’re kind of obligated to make them. You can feel uber healthy as you dip and dip and dip again your kaley veg burger into sweet lime cashew cream. Would you like some chickpea slider with that cashew cream? Nothankyewwwwww. 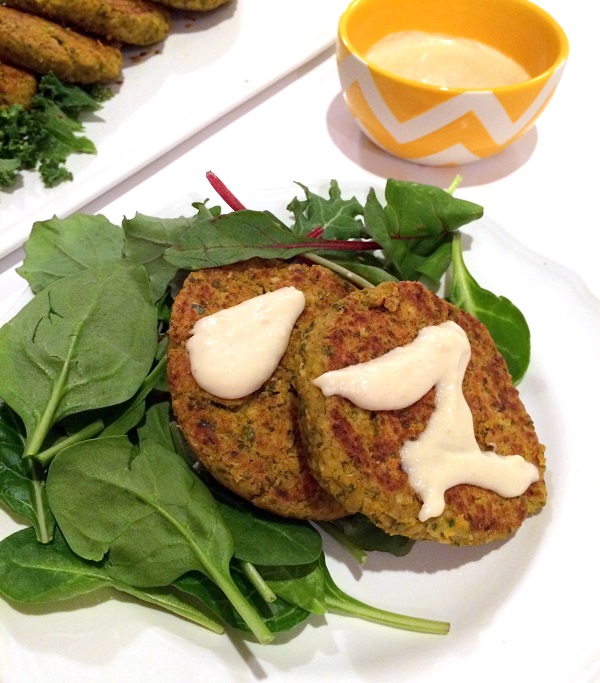 Here’s to meatless wonders dipped in dessert. Don’t act like you’re not into it! 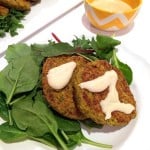 For the cashew cream: 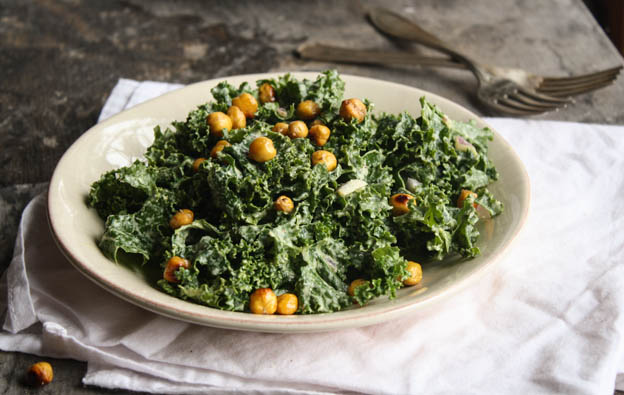 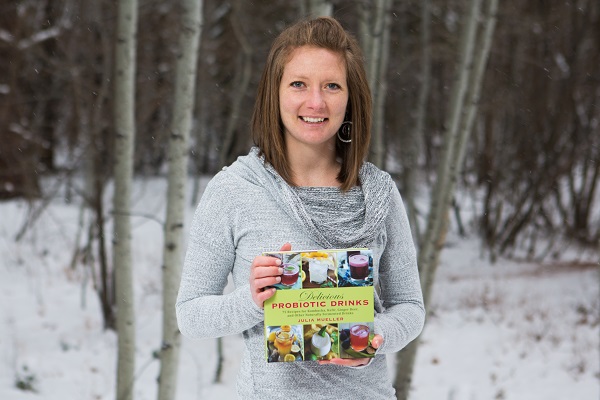 I made these for dinner last night, so delicious, absolutely loved the flavour combination - yum!!

Do you know the nutritional values for this.. !!! sounds super delicious and I want to make it.. but have to make sure it fits with my calorie diet.!! thanks

Hey Alexis, glad to be introduced to you! And yes, I do feel obligated to make these burgers because they have kale in them. I mean, how good does that feel, especially with a raw cashew sauce to go on top.

"Super bore" - that sure sums it up! Loving both yalls parts in this post - I sure am glad Alexis directed me to your site - yall are too funny! Great recipe by the way!