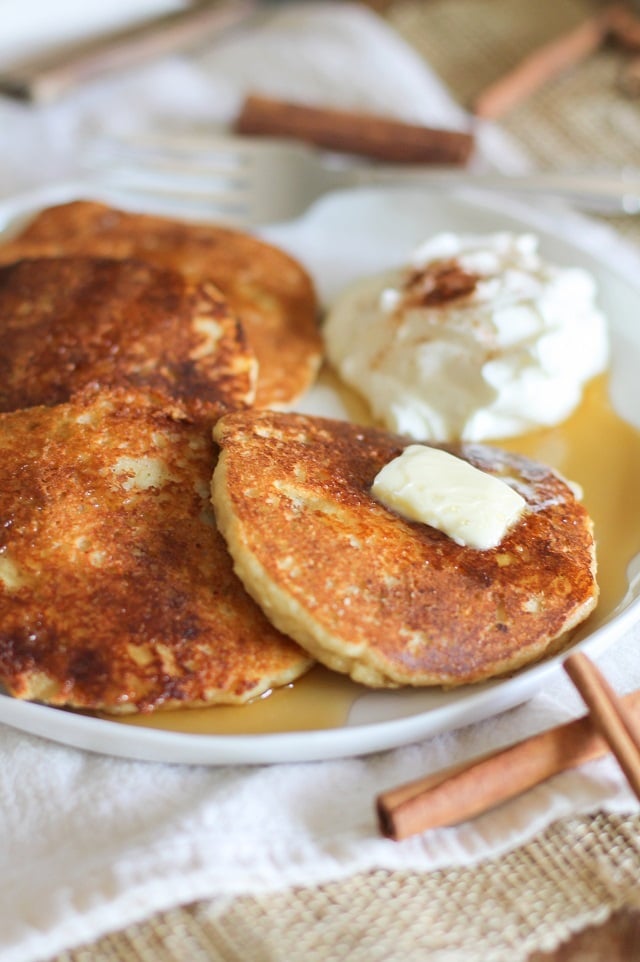 Thank you. That felt so right.

Basically, these pancakes have made me lose my marbles. Have a gander: 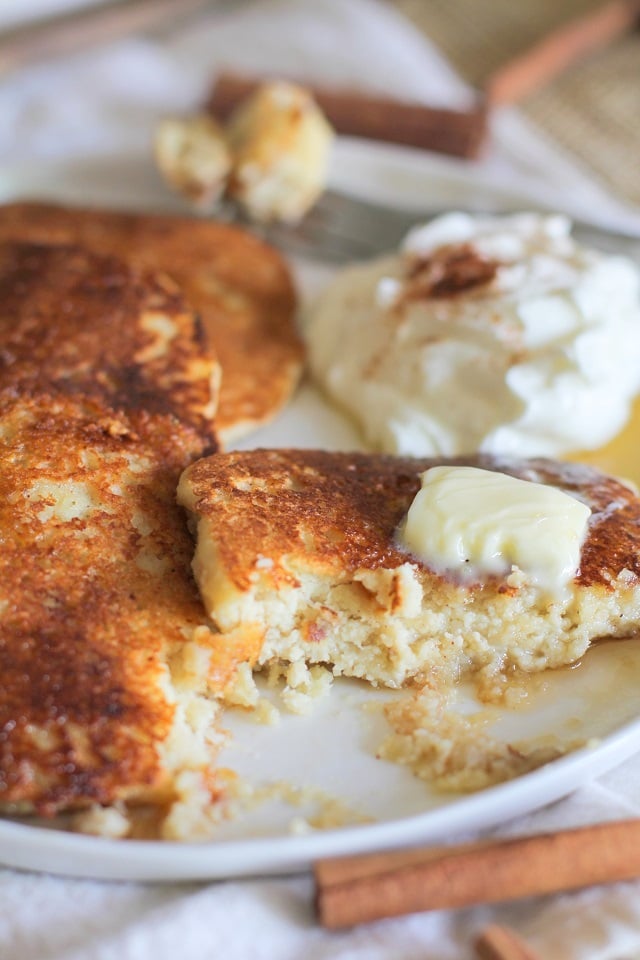 Before you lose your bloomin’ britches over these pancakes, lemme give you all the informations. They are crispy on the outside and molten on the inside, like a down and dirty caramelized pancake churro concoction that doesn’t make any sense it’s so wrong that it’s right.

They are LITRALLY crispy.

…it caramelizes in the pan.

…you will never be the same.

…nor will your kids.

…molten on the inside, though.

…almond flour has protein in it. Just sayin’.

The order of operations for these cheeky hot cakes is you make a regular batch of almond flour pancake batter, then swirl in this coconut sugar/butter/cinnamon mixture (a.k.a. salve from heaven). If you want, you can draw inappropriate pictures in the swirl. Illustrate like no one is watching.

While the pancakes cook on the skillet, the coconut sugar and butter create a flavor and texture so obnoxious it can’t be explained with words. Churro. <- Okay, it can.

If you need to use brown sugar instead of coconut sugar, that might work. No guarantees, don’t quote me on that.

I wanted to name these pancakes Cinnamon Roll Paleo Pancakes SOBAD, but they look nothing like a cinnamon roll. I even felt weird and cagey about calling them “cinnamon swirl,” since you can’t see the swirl in the photos. So then I debated calling them Churro Pancakes, but thought that might be confusing and off-base. But they do taste like a cinnamon roll…pancake, that is…churro-syle…ramalamadingdong. Are we still talking about my thoughts? Let’s stop. 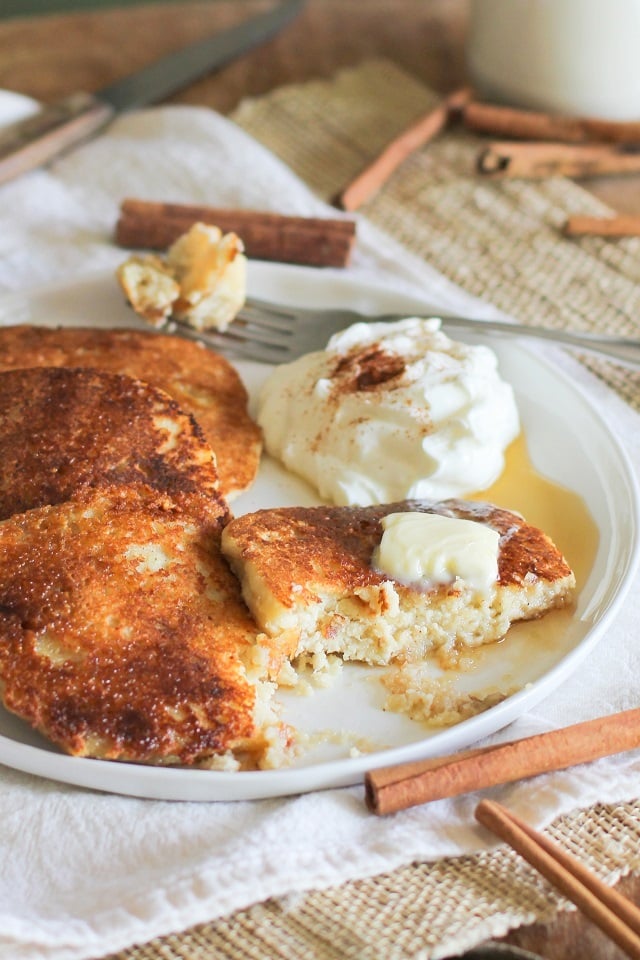 The pancake batter itself is made using almond flour and almond milk, and the cinnamon swirl concoction consists of butter (use grass-fed to be paleo-friendly, or use coconut oil), coconut sugar and cinnamon. You could probably throw some walnuts in there, too, for some added crunch.

Word to the wise: be careful when flipping these, as they’re more delicate than the average pancake.

That dollop of white you see in the photos is plain Greek yogurt, because cinnamon + sugar needs some tang for the palate balancing, yes? Yogurt is not paleo, but it’s still rad. You could spread these things with cream cheese, you wicked creature you. Cream cheese is not paleo…but…still rad.

My family gobbled these up! So tasty! You almost don’t need to put anything on them, but that’s crazy talk. I would like to try them with cream cheese on top next time. I used Lakanto sweetener instead of the maple syrup and their brown sugar version for the cinnamon swirl. It worked perfectly.

Ooh, I love the idea of trying them with cream cheese! What a fabulous idea! I'm so thrilled you and your family enjoyed the pancakes, Stella! Thanks so much for sharing! xoxo

i made your paleo sheet pan pacakes today & they were a HUGE hit. think these could be done the same way? (i may or may not hace added a cinnamon swirl top half of the sheet pan i made today).

I'm so happy to hear that, Marci! I haven't tested it with these pancakes, but it may work. You may want to double the recipe so that it fills up the whole sheet pan. Let me know if you try it! xo

These pancakes were super thick for me. I had to add almond milk which then diluted the cinnamon flavor. I think I'll try again but buy paleo pancake mix.

I'm sorry to hear that, Aimee! What brand of almond flour did you use? Did you make any other substitutions (for instance, arrowroot flour for tapioca flour or coconut milk for almond milk)?

I really wish these were fluffy like the photo. The batter was very hard like dough and I didn't change a thing! Maybe some suggestions would be nice. So disappointed esp bc I used a ton of almond flour which is very expensive :(

Did you make any substitutions? What type and brand of almond flour and tapioca flour did you use? I'm sorry the pancakes didn't turn out - sounds like the batter just needed more liquid.

I'm making these right now and I'm up to a half a gallon of almond milk because they are so thick! I don't understand I followed the recipe to a T and was so excited to try these but they are like dough consistency.

Oh no, I'm so sorry to hear that! Did you make any changes to the recipe? Specifically, did you change up the flour measurements or types at all? Hope your weekend is going well otherwise.