Well top of the Monday to you, my friend! Did you have a nice hop skip and a jump this weekend? Did you wear the new teal running gear you purchased from REI using your REI member dividend and go for a weekend jaunt? Yes, yes you did, my little Sporty Spice.

Are you well rested? Well caffeinated? Ready to face the day bright-eyed and bushy-tailed? All set to shuffle paperwork from one side of your desk to the other and begin the count down until next weekend? Nooooonsense, we loooooooove Mondays here! Mondays are the day we share lazy breakfasts, indulgent desserts and melty cheese dinners that were cooked up over the weekend, so in all reality, manic Mondays should be the best DOtW ever! Annnnnd for this manic Monday, buckwheat crêpes  with a fffffffffffflovely blackberry topping!

Everyone who has made a crepe in their day has their own take on preparation and serving. Many people allow the batter to sit overnight in the refrigerator (which is recommended….but I never have the forethought to make batter ahead of time, so I let mine sit for about 20 minutes….shhhh don’t tell anyone). Some folks serve crêpes  folded in half quesadilla-style, or folded in quarters and topped. Others spread the crêpe filling on top then roll them up like toquitos so that when you cut into them, the filling oozes out like mmmmmm. This is how my family always made our crêpes . And then there’s the millions of things you can stuff your crêpes  with, either sweet or savory.

When I was little, I would wake up on the weekends to the smell of pancakes or crêpes  cooking on the stove. I’d stumble, roll, trip down stairs, grab a chair and watch my mom like she was a celebrity as she’d make breakfast. My little eyeballs would be glued to her steady wrist as she would expertly rotate the skillet to form perfect circles. She’d give the skillet a little shake and then a small jerk and the crêpe would jump up, flip over and land on the other side with grace.

It took about 3 seconds flat for me to slather my crêpes  with butter, douse them in maple syrup, roll them like fruit roll-ups and wash them down with a huge glass of milk. The rest of my family would slather, douse and roll and come together in crêpe-filled calm. Everyone loves a little krep with their foreign feel and the circonflexe accent above the e..essence, buckwheat, similar to oatmeal, is excellent for you, is versatile, and is a wonderful option for those who eat a gluten-free diet.

Buckwheat is a fruit seed that is related to rhubarb and actually has no relation to wheat whatsoever. It is naturally gluten-free and is surprisingly versatile. When ground into flour, buckwheat can be used for all sorts of fun recipes, such as pancakes, breads, cookies, cakes and more. The grouts are used for breakfast porridge and can also be sprouted and used for raw breads or crackers.

Buckwheat is a very heart healthy food. Studies show that those who consume buckwheat in various forms have lower risk of developing high cholesterol. It helps to relax blood vessels (source), which helps with blood flow and circulation, also lowering blood pressure. In essence, buckwheat, similar to oatmeal, is excellent for you, is versatile, and is a wonderful option for those who eat a gluten-free diet.

Before making buckwheat crêpes , I assumed they would be harder to make than all-purpose flour crêpes  because I figured they wouldn’t hold together as well. Wrong. They were no different than making all-purpose flour crêpes  – they required the same amount of cook time and were just as easy to flip. Plus the nutty buckwheat flavor made them taste awesome plain but with the Blackberry Mint topping on board…..hoooooooooly momma!

Pour it, cook it, flip it, stuff it, roll it, eat it, neeeeeeed it!

For the Buckwheat Crêpes

For the Blackberry Mint Topping

And because I looooooove you, I honestly love you. . . here are some more buckwheat crêpe variations, both sweet and savory yeeeeeeeeeeeeow!

Buckwheat Crepes  with Salmon and Avocado from The Delicious Life 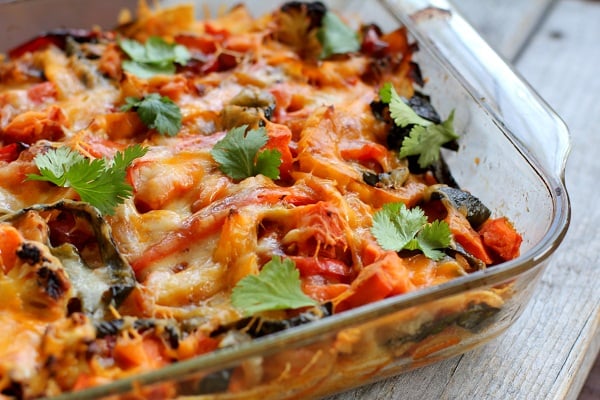 You just made crepe perfection. These are beautiful, and I love the berries. Yeah, Monday's are my jam ;)

Thanks for the tutorial on buckwheat!! I didn't know half that stuff. But I do know that buckwheat crepes and buckwheat pancakes are some of my favorite foods in the world.

So glad to hear it! I was so skeptical before I make buckwheat pancakes the first time, and they are now easily one of my favorites! :)

Loving everything about these beauties!

You are perky this Monday morning! Haha. I want a big plate of crepes!! Mmm these sound so divine with their fruity topping and their nutty buckwheatness....

I was compensating for lack of sleep, not enough coffee and too much time in the car...there's definitely something to be said for embelishment ;)