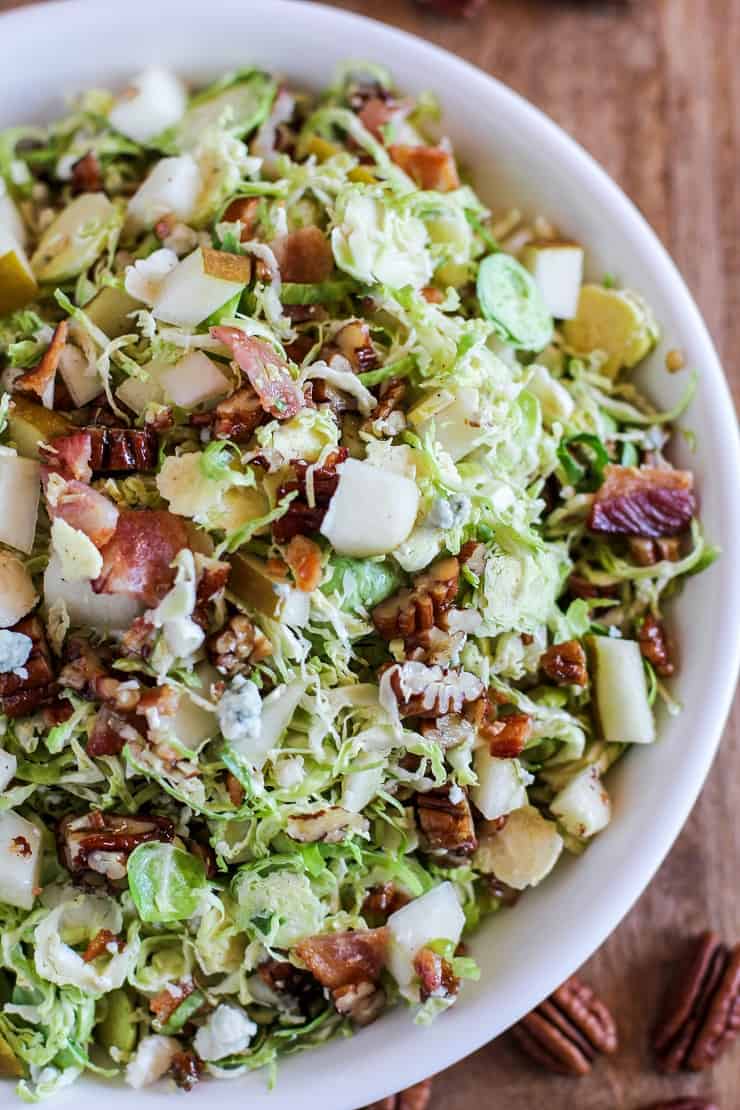 I’ve never wanted to be a Brussels sprout so badly in my life.

Just look at what’s going on in that dang bowl.

Just give ‘er one bite and you’ll be drawn to it like a fly to a bug zapper, like Taylor Swift to…herself, like a magnet…to another magnet.

It’s filled with all the goodies, like bacon, pears, maple-candied pecans, and blue cheese. Plus the warm maple-bacon vinaigrette…what.the.crap.

Why are all salads not drenched in bacon fat? This is what you ask yourself after you’ve eaten an entire pound of shaved Brussels sprouts because they were doused in what can only be described as liquid heaven. 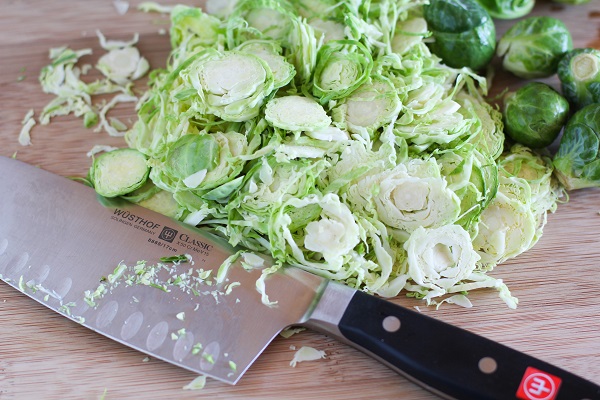 Lookit all the chopping that went into this chopped salad. It’s a thing of beauty. 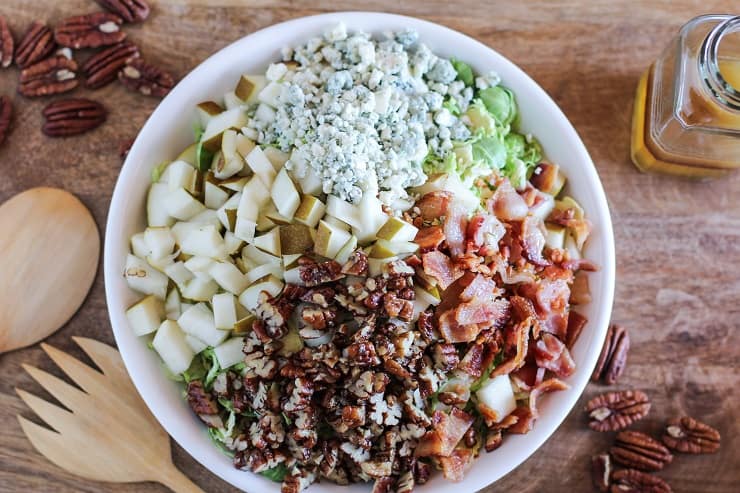 Have you ever enjoyed your Brussels sprouts raw in a brussels sprout chopped salad?? By Jove, they’re really quite edible, especially when they’re lubed up in bacon fat.

Thinly sliced Brussels sprouts make for a crunchy and spunky salad. You can also add things like kale and cabbage for a mix of greenery textures. But as it stands, the salad covers all the textures and flavors, just like a great salad should.

99.2% of the time, bacon fat’s a real nuisance. You put your fatty pork strips in your skillet, watch them snap and crinkle, enjoy them crispy critters on your egg mc. muffin, and when all’s said and done, you look at your pan like, “well what am I supposed to do now?”

Not this time, my babies. This time, you pour that liquid heaven into a glass and turn it into salad dressing. 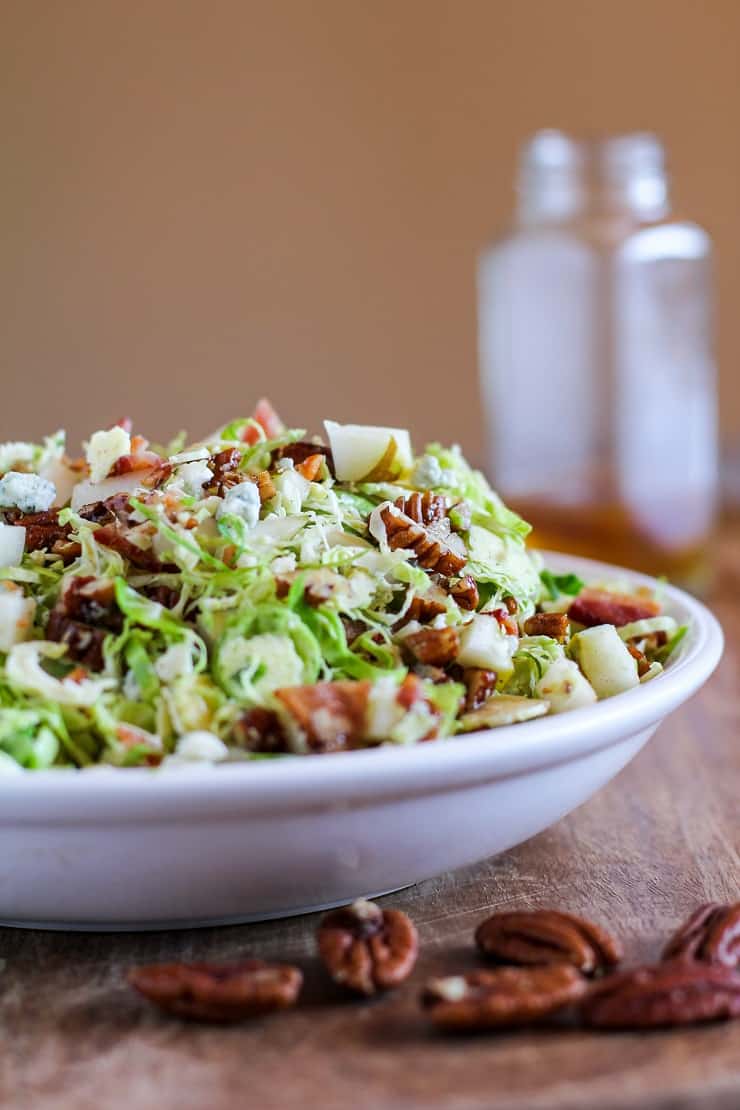 I added cinnamon, cider vinegar, and pure maple syrup to the bacon vinaigrette, which made the dressing even more warm and inviting. I also candied the pecans in maple syrup and cinnamon, so when the whole salad comes together, it tastes like leaves falling off the tree. And bacon. Mostly bacon.

My drippings bring all the boys to the yard. < – Sorry.

For the Warm Maple-Bacon Dressing:

*Reserve the bacon drippings for the dressing

Previous
How to Make Ginger Beer

A really must have salad for daily. Truly appreciate the way you made it. I am waiting for more such yummy recipes in future too.

thanks for the inspiring recipe! i made for my family last night and got rave reviews. will be adding it to my thanksgiving menu. Short on time, I used a 12 oz pkg of shredded B sprouts. two thoughts: 1) i added dried cranberries which everyone agreed were a great addition and 2) everyone wanted a little more dressing (maybe bc I used more sprouts?) so I may double next time (which means cooking more bacon, but that's never an issue!). :))

Ok, now I see all the bacon love in perspective... this looks awesome. I always thought you had to eat sprouts cooked - why? This is so smart!

Bacon fat lube. Now that just sounds wrong and right all at the same time!

I never thought a salad would make me weak in the knees, but... HOT DAMN. I need this.