Roasted cherry ice cream. Plus booze. Plus chocolate. Plus yum! 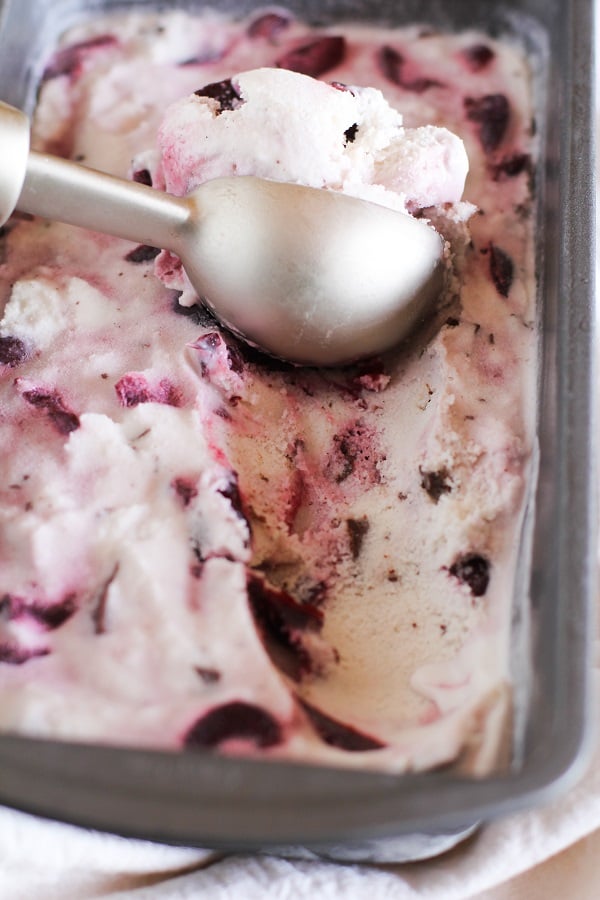 Recently, I learned a valuable lesson about instructions and how you should read them. And then proceed to follow them. True story: Cuisinart sent me their Pure Indulgence 2-Quart Ice Cream Maker, which I’ve been doting on for the past week.

I have made homemade ice cream several times in the past, but for some reason, receiving this new maker-o-delicious-things got me so in a huff that not only did I bypass the instructions, but I un-learned how to make ice cream entirely. 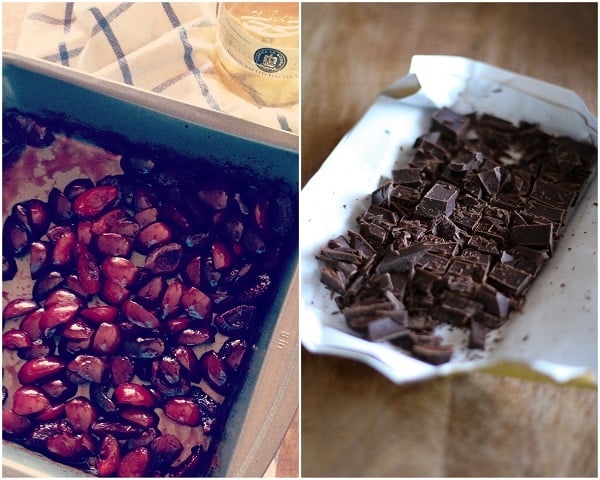 But because I was deeply confident in the explosion of magical boozy cherry bliss, I let my tarnished ego breathe for a day or two and then started again. Rinse. Churn. Repeat.

The second time around, I had the whit to follow proper protocol and what came out was worthy. 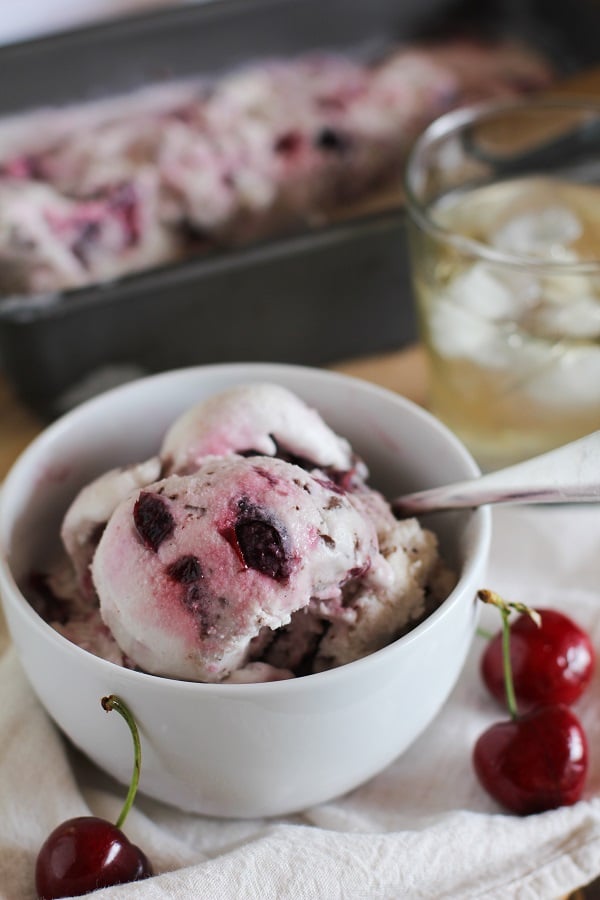 The only thing better than the fact that there are roasted cherries studded all up in this ice cream, is that the cherries are roasted in booze. Did you know liquor helps keep fruit soft when it’s frozen? True story. Adding liquor to your ice cream base also helps keep the ice cream soft.

As strange as it may sound, I used tequila for the booze portion of the ice cream, because it’s what I had on-hand. I thought the tequila worked very nicely, but you can also use bourbon or brandy. Or anything, really. 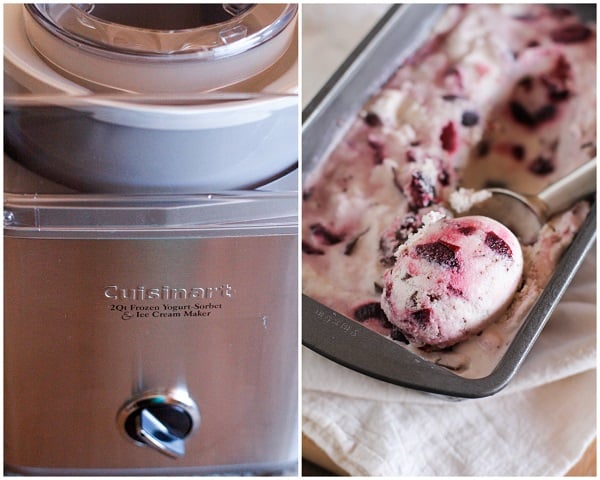 Make the Ice Cream Base:

*I strongly recommend using the Thai brand of coconut milk. I tried this recipe using a different brand and it didn't work because it wasn't thick enough. **You can replace the vanilla bean paste with 1 large vanilla bean, scraped ***To keep this recipe vegan, use vegan chocolate You can also melt the chocolate and swirl it into the ice cream instead of leaving it chunky. You can make this recipe without using an ice cream maker by pouring everything into a freezer safe container, placing in the freezer, and stirring every 20 to 30 minutes for a few hours until the ice cream is thick and frozen.

Hi Sandra! You want to use the full cans of coconut milk :D

Oh I love that you made a vegan version of my favorite ice cream! Thank you so much for sharing and for the shout-out. I can't wait to give this a try - I bet the coconut milk tastes fabulous with the chocolate, booze and cherries.

Alanna! You're so very welcome - I was absolutely flabbergasted when I came across your recipe - I knew I needed it ASAP. The coconut milk version is great indeed! I hope you try it, and thanks for inspiring me with your delicious recipe!

Hi! I've been reading your site for a while now and finally got the courage to go ahead and give you a shout out from Atascocita Texas! Just wanted to mention keep up the great work! - ABC102D.