I’ve got three words for you: 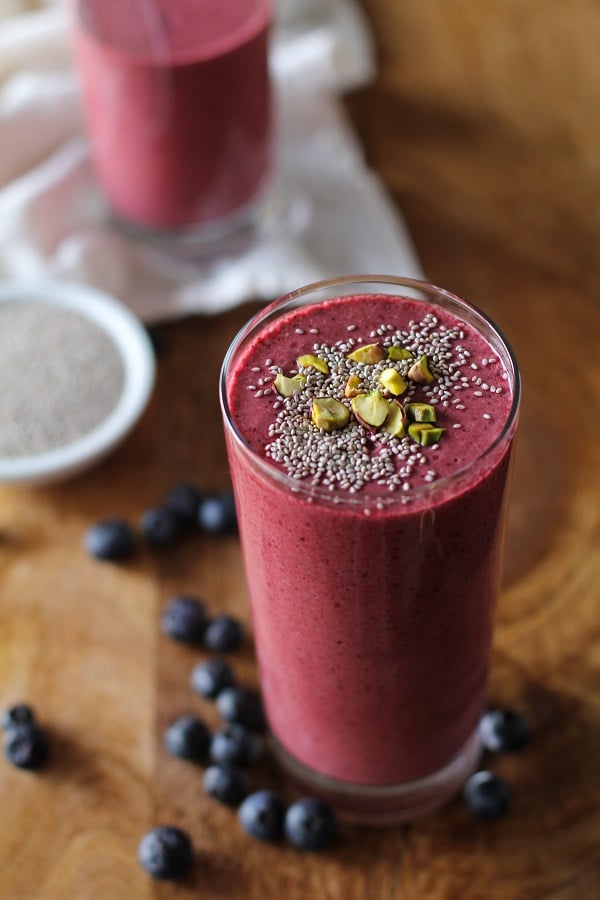 Prepare to be bedazzled.

I’ve shown you many-a-beet smoothie on The Roasted Root, but this one’s different. This one takes the Beet Smoothie Playing Field and skyrockets it into outer space.

Typically in my beet smoothie posts, I say things like, “If you’re new to ‘green’ smoothies, this one’s not a good Intro To,” because the flavor of beets is hard to mask in a smoothie. And let’s face it: some people don’t like the way beets taste. I can’t imagine why not.

That being said, no such disclaimer is necessary this time around, because the smoothie tastes divine (not that beets aren’t divine…just that in the realm of flavors, they’re more down-to-earth than say, a marshmallow).

The beet flavor doesn’t shine through because the coconut milk and apple cider meld together in a creamy, sweet ensemble. So basically, what you taste is creamy appcicle <- that’s like apple mixed with creamsicle. Coined term. It’s pretty baller.

Which reminds me: have you added apple juice or apple cider to a smoothie? Apple juice/cider + berries = best smoothie evah! I learned this when I was in high school and all I consumed were berry smoothies and toast. 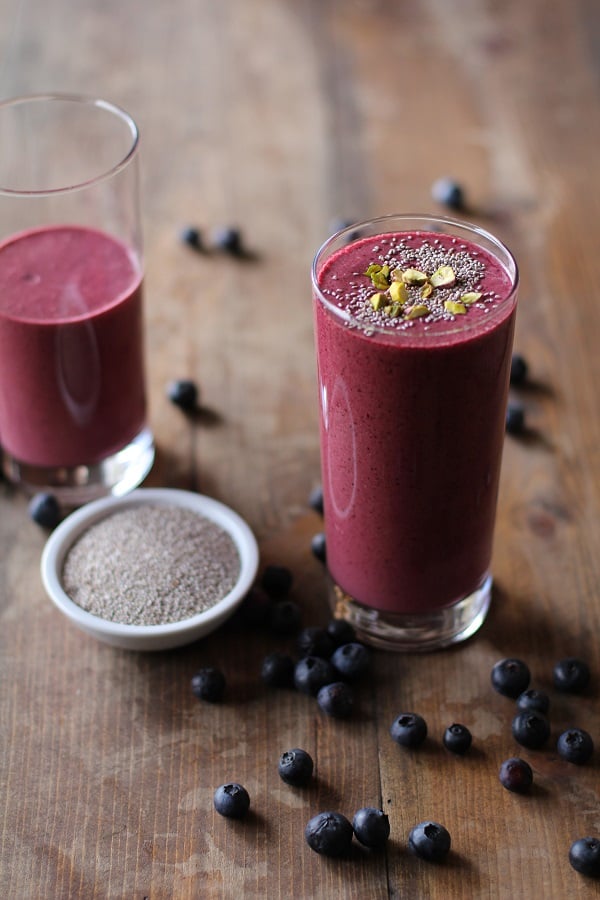 Ugh, I just can’t stop looking at the smoothie. It’s such a pretty princess.

Let’s talk briefly about what you gain from this smoothie other than the usual suspects: vitamins, minerals, antioxidants, and fiber. Here are some of the superfood amazing qualities of this smoothie:

Benefits of This Smoothie:

Energy Boosting: As opposed to spiking your energy level and dropping it like it’s hot, the natural sugars in the beets and berries come with fiber. Fiber provides substance for processing, ensuring the fructose doesn’t hit your blood stream too quickly.

Supports Digestion: Fiber. This smoothie is full of fiber, which is essential to regulating your digestive system. Coconut is also more hydrating than water because it contains electrolytes, so this smoothie is also very hydrating. It is important to stay hydrated for efficient digestion.

Great for your Brain and Memory: Blueberries (aka brainberries) are touted as one of the best “brain foods.” They decrease oxidative stress on your brain and improve your capacity to learn and retain information. So drink this smoothie and then take the Bar exam. Or just.don’t.

A note about the recipe: I used Love Beets cooked beets in the smoothie, which took all the roasting time out of preparing the beets.

If you’ve never tried Love Beets, just note that their beets are on the smaller size.

So if you’re roasting your own beets, don’t go putting 3 huge beets in the blender for this smoothie – that will not a good smoothie make. You’re looking at using 3 small-medium beets, which is roughly 6 ounces.

*Steam or roast raw beets until cooked through.

Add your favorite protein powder for a protein infusion. 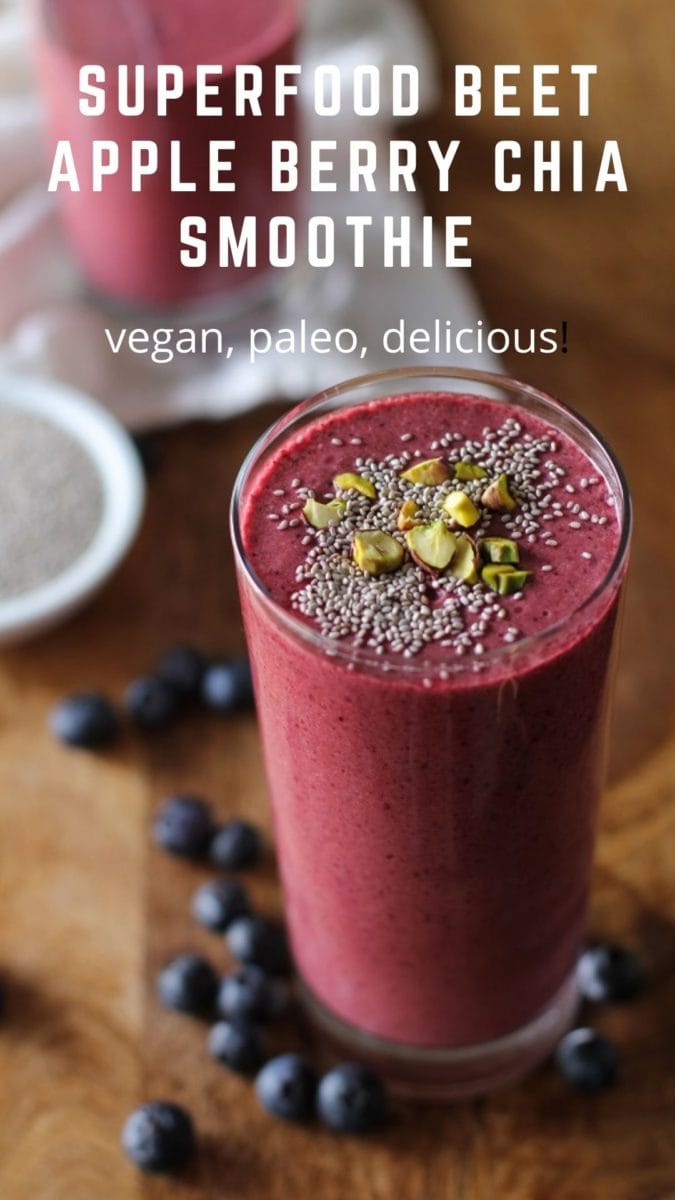 thanks for sharing it is my first time making a beet smoothie.. is the beet raw ?﻿ I use beets bananas blueberries mango spinach strawberries orange juice sometimes watermelon juice and little ice is that too much?﻿

I usually use cooked beet so it blends easier, but I know some folks use raw. :D xo

Hmmmm it's like I can smell the taste at the first sight. I have used chia seed mixing with smoothies and juices for a very long. This one looks the same ones I have been made but I've never tried with cooked beets. Next time, I'm sure I will ;)

It's soooo flavorful and healthful! Let me know if you try it! Thanks, Natalie! xo

OMGosh this is amazing! Thanks for sharing. I started following your blog because of this smoothie. yum!

New favorite smoothie! I looove beets, and this is such an easy, portable way to enjoy them. :) Thanks!

I'm so happy to hear it, Madeline! I'm obsessed with the smoothie, myself! Thanks so much for stopping in to give feedback, and have an awesome weekend! :D

Could this be the smoothie that gets me to like beets? VERY POSSIBLE.