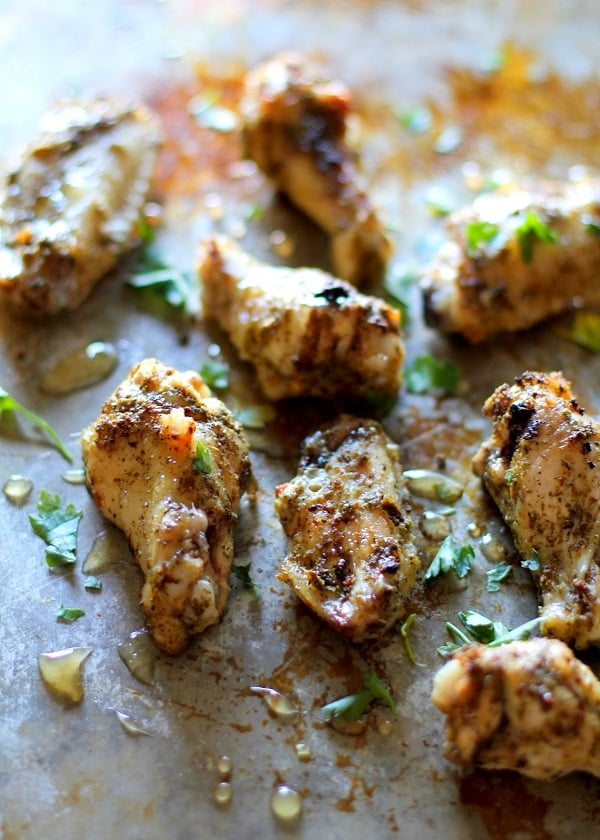 Did I ever tell you about the epic Buffalo Wing Binge of 2008? It was before this blog’s time, but there was a substantial stint in my latter days when roughly 60% of what I ate was dripping in buffalo sauce and blue cheese dressing. Don’t tell me…you went through the same thing? Apparently 2008 was the Year of the Buffalo Wing for us all.

And since we’re on the topic, how did Buffalo Wings get their name? Last I heard, buffalo don’t have wings. And crap man, if they did, they’d be uuuuuge! So why, “Buffalo?”

As the story goes, Buffalo wings were first served at a bar in Buffalo, New York in the 1960’s or 1970’s, who the heck knows, it was all a blur and tens of people who lived in Buffalo during that period laid claim to having been the inventor. So as it turns out, we all would have been less confused these last several decades had the wings originated in Minneapolis…or Austin…or Philadelphia…or anywhere but a city named after an animal.

The Super Bowl is fastly approaching and guess what? We need all the wings we can get.

Healthy-ish ones. You know…cause we’ve got alcohol calories to consume. 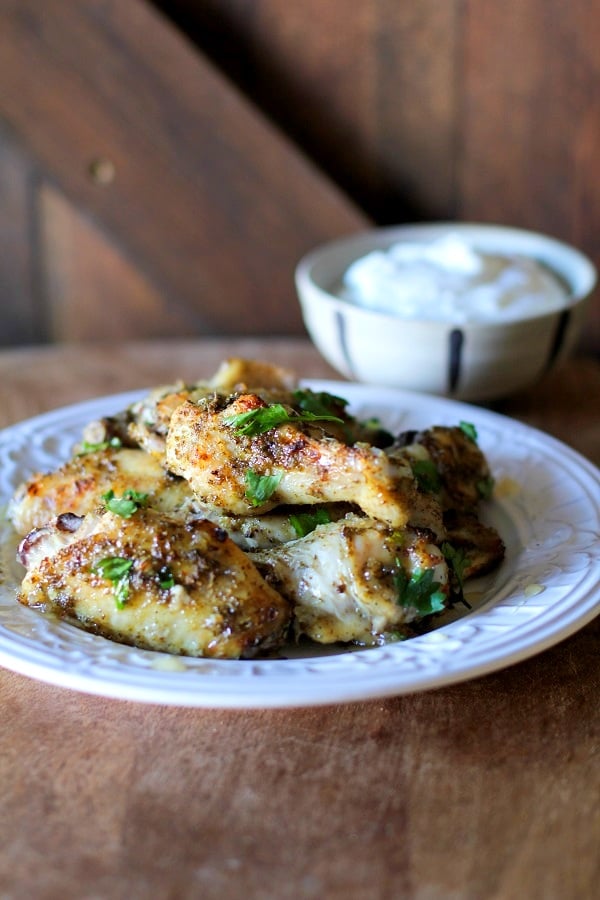 Let’s face it, appetizers are the best dang part about the whole Super Bowl (considering the 49ers aren’t playing), so I figured I’d whip up a super easy and fool-proof chicken wing recipe. All’s you need is 3 ingredients, folks! Of course you can whip up a delicious dipping sauce to go with the wings if you’d like (such as my mayo-free green goddess dressing! So zesty, herb-y and fresh!), but the wings are plenty flavorful on their own. 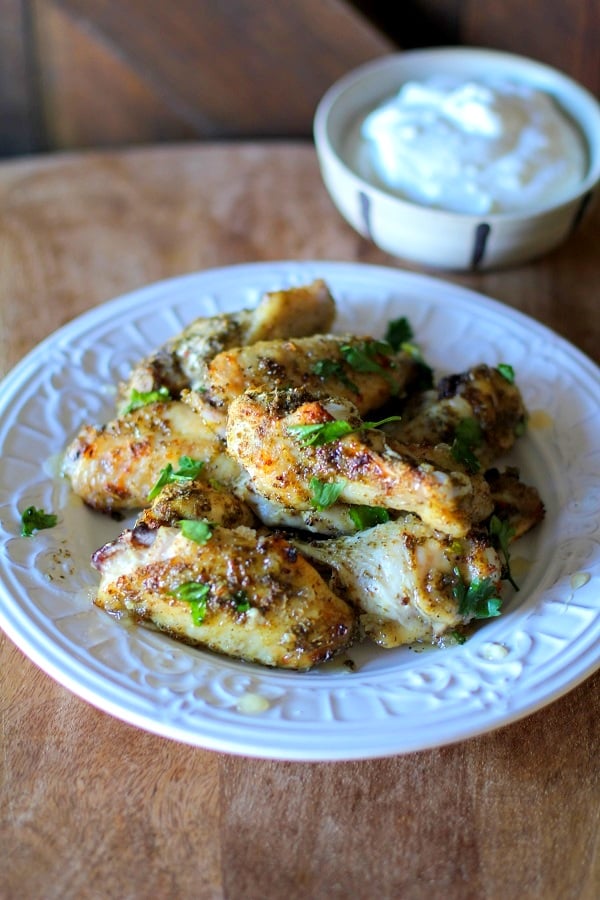 This easy 3-ingredient appetizer recipe requires only chicken wings, Italian-style seasoning, and honey. I simply stuck my raw chicken wings in a bowl, tossed in the herb blend, and baked them in the oven. I then drizzled honey on the crispy wings, because: yum. If you like your food on the salty side, you can sprinkle a little sea salt on the wings prior to eating them, but I thought they were fine as is! 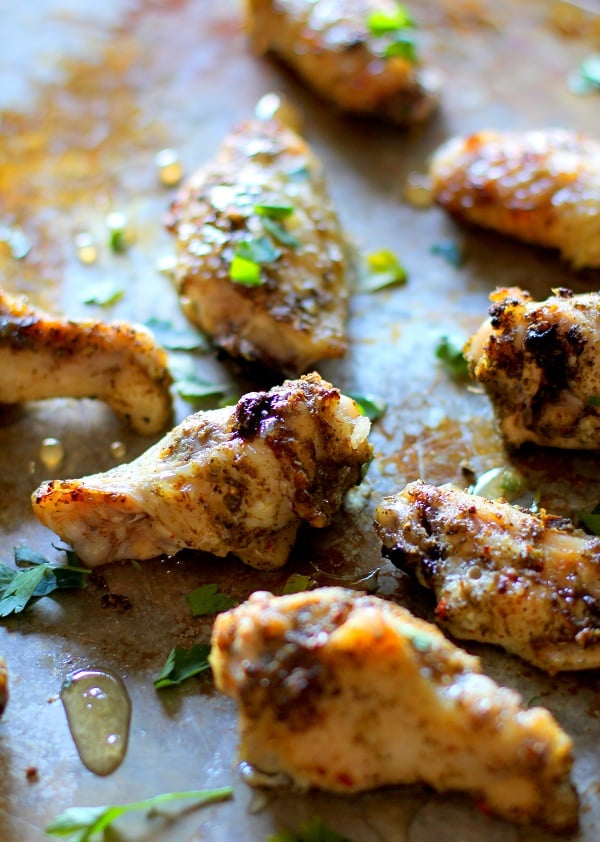 These look delicious and easy! I can't wait to try them.

You know, I did always wonder where the "buffalo" came from. I was totally going through a buffalo chicken pizza phase in 2008, so I think that counts!

Yum! I love how simple these are, and seeing as I'm not a football fan, appetizers are definitely the best part of Superbowl!

Preach! This year's all about the appys, booze, and friends. Not super into the two teams that are playing, ha!

This recipe sounds delicious. I'm a big fan of the few ingredient wings...not the wing recipes that have something like 10 ingredients. They're wings for crying out loud..keep it simple. :)

My high school wing days were drenched in spicy sweet sauce, a small bowl of ranch and a handful of carrots and celery sticks which were eaten when I couldn't eat anymore wings. Thanks for taking me down that awesome memory lane. And on to grown-up wings!

Oh yes, ranch dressing was how things got et back in high school. If there was any salad eating in my latter days, it was doused in the ranch. Cheers to better habits now that we're older, wiser, and have calories to count <- kidding. not kidding. ;)