How to remove a stuck camera lens. Did you drop your camera and now your 50mm lens won’t come off? Here’s how to remove it. 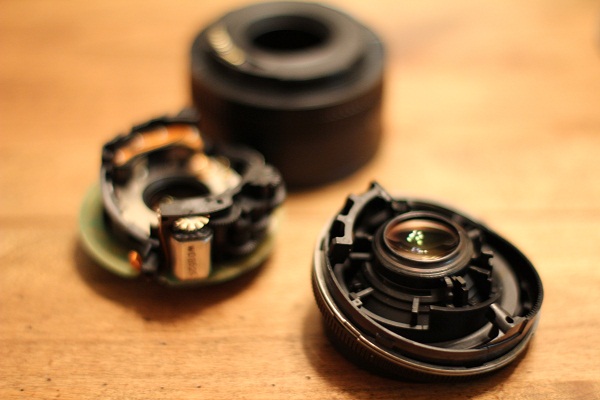 Check it: Christmas Eve. Snow Storm. Wouldn’t it be great to take some pictures of the snow falling? Sho nuff! You grab your camera bag and swing it emphatically over your shoulder and there’s an immediate un-weighting, a loud clunk and an expensive camera sitting lens-down on the floor. Note to you: keep your camera bag zipped at all times!

When operating a food blog, camera mishaps can engender T-Rex tears and necessitate half a gallon of pistachio ice cream. You may never experience a stuck camera lens, in which case you can use this post as a source of entertainment, but in case you do ever get a lens stuck, this post may save you a lot of time and money…and T-Rex tears.

When my camera leapt out of its bag on Christmas Eve, I did what I always do when something un-awesome happens – I ignored it without assessing the full damage. My boyfriend and I left the house to pitter patter around in the storm and when I turned my camera on to snap photos, it came on just fine.

I thought I had gotten away with my mishap. But when I went to take a picture, the camera wouldn’t focus. See picture below – this is how you learn you broke your Canon 50mm f/1.8 lens: 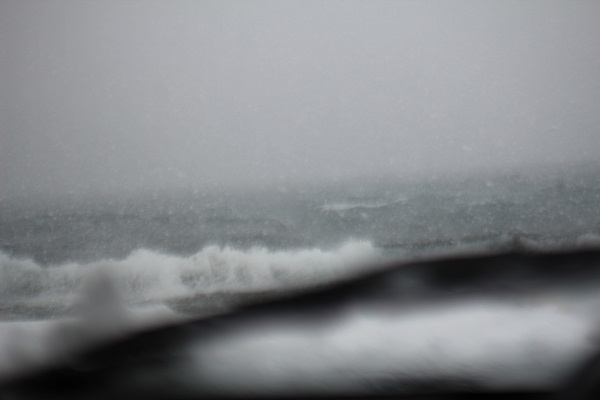 After sitting in dumbfounded silence and repeating the f bomb more times than necessary, we inspected the lens and found that the plastic ring that moves in and out to focus was lopsided and would not retract all the way. Goodbye cheapo lens.

I then tried removing the lens and it would not budge. It would only twist part of the way and would not rotate to the position it needed to be in for removal. I can deal with a broken lens, but I can’t deal with a lens that won’t leave my camera upon command.

We went back to the house and I started googling to see if I was the only dork on the planet that couldn’t remove a 50mm lens. Turns out there’s a ton of us dorks out there and it’s by no fault of our dorky selves but due to the fact that the lens is cheaply made.

The part of the lens that mounts to your camera is plastic on these $100 beginner lenses, which drastically increases the probability of it getting stuck if impacted.  The first thing I found was a youtube video of a guy manhandling his camera to try to force the lens off.

This made my insides laugh and hurt at the same time. Pass the bowl of pistachio ice cream, please. I would not be trying the removal-by-force methodology in spite of the comments below the video which stated you can indeed remove a lens by force without damaging the camera. We discovered later that even though some people had successfully removed their 50mm lens by force, others did not have the same result and broke part of their camera.

I also googled camera repair shops and there was only one in the area, which was an hour’s drive but they were closed due to the holiday.

The other option would have been to send my camera to Canon and wait for three weeks to have them fix it and send it back. Not. Gonna. Happen. No way, no how. After more googling, I found a couple of tutorials for removing a stuck 50mm lens. This and this site were what ultimately saved the day.

Since my love bird is very mechanically inclined, I urged him to remove the lens while I read directions to him in spite of his fear of messing something up and having to endure my red-headed wrath of anger. After producing the get-out-of-jail free card, he and I got going on lens removal.

How to Remove Stuck Camera Lens: 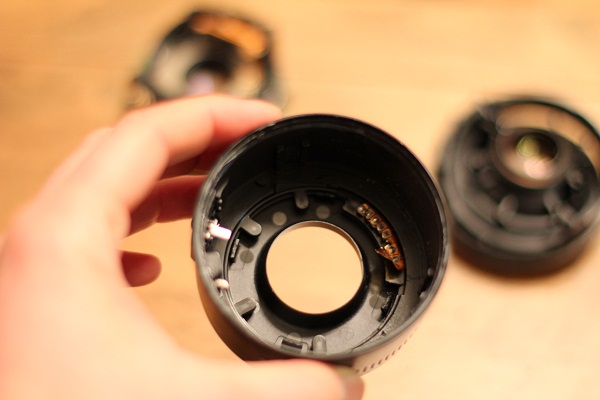 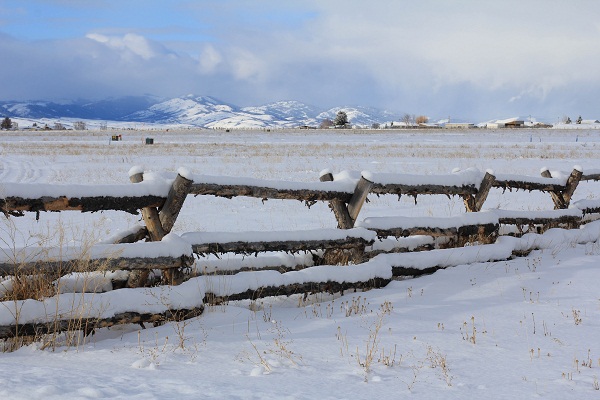 This photo was taken with my new 50mm 1.4 lens in Star Valley, WY. Smiley face.

Thank you so much for this tut. I've had exactly the same issue, done same steps and boom - the new 1.8 RF is in delivery! Thanks again (for humoristic content too 😄)

I'm so happy it helped!! Cheers!

Well...I got the guts out, but 1. I don't see any screws inside (save for the two holding the af/mf switch) and I can't seem to lift the connectors to get the lens fully off...struggling! any help with some photos of the screws or any thoughts would be great.

Hi! Which two screws did you unscrew on the inside of the lens? I can only find one screw underneath the switch for Automatic and Manual focus? Thank you!

The wind knocked my tripod over and my 50mm got stuck on my camera. I didn't know what to do. You saved my life! Thanks to you I was able to fix my camera just in time to take pictures of my kids in their Halloween costumes. I can never say how much I appreciate you and this article. Thank you.

Thanks for the great post! You saved my T3i, just two weeks before an important trip too! My break was a little different and took awhile to figure out, so I'll describe here in case it helps someone.

Once you remove all the 50mm f/1.8's guts, there are two parts of the lens left, the outer barrel and the funnel-shaped piece inside that has four plastic tabs sticking up (which hold it attached to the barrel).

The funnel piece has a raised ridge-like inset at one side that frames the gold contact part of the barrel. One side of that inset had snapped off in my lens - I could see it, and pluck it out with tweezers.

When I tried twisting the lens off the camera, those two pieces (barrel and funnel) weren't twisting together like they should. The barrel part was riding up over the funnel part, because of the missing bit on the funnel's inset. That meant that the underside of the funnel was getting scraped against the *camera's* gold contacts. I'm so glad I didn't try to force the lens off! It probably would have scratched hell out of the camera's contacts. I have a bit of scuffing on one contact, but it seems to be ok.

What you have to do is hold the funnel tight against the barrel while rotating the barrel off. I had to snap off two of the plastic tabs before I figured out how to do it, but that might not have been necessary. Success! Thanks a lot!