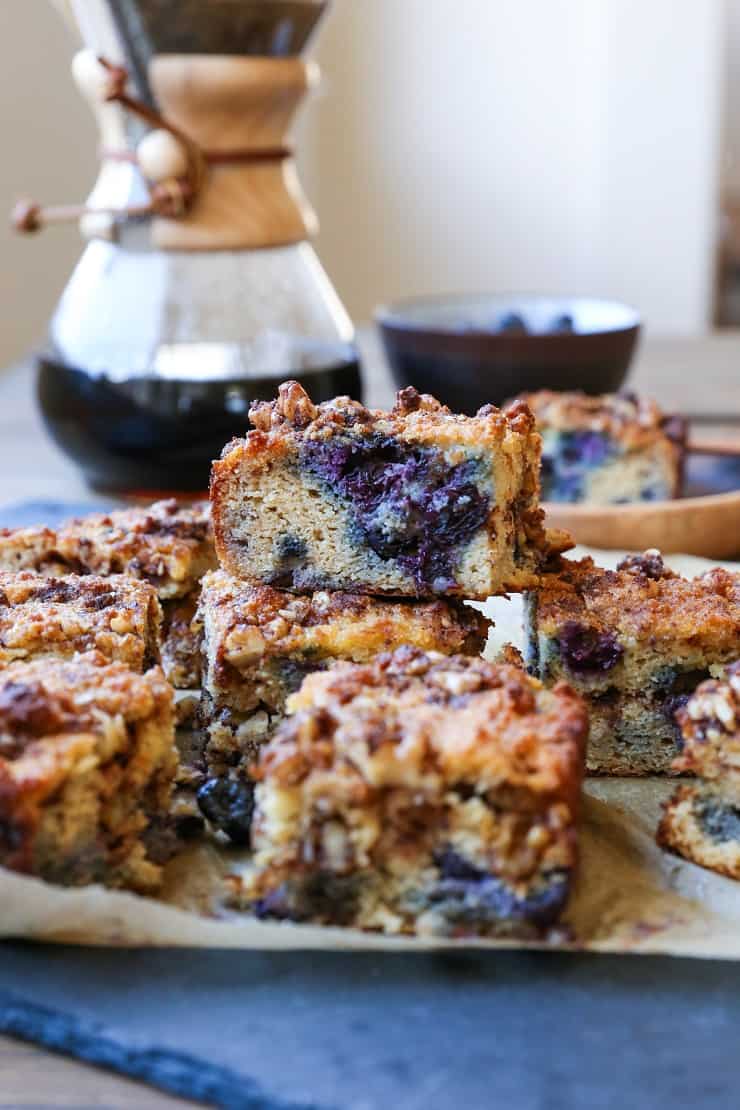 One of my favorite parts about summers in Reno is opening the windows at night to let the cool air in, then enjoying my steamy mug of bulletproof coffee in the morning with the desert breeze coming through the windows. It’s these little stolen moments that allow me to slow down and enjoy the feels, regardless of what’s on my To Do list, or what’s on my mind.

My latest favorite treats to join in those stolen moments are the Keto Fat Balls, Paleo Chocolate Chip Edible Cookie Dough, Vegan Strawberry Cheesecake, and most recently, this Paleo Blueberry Coffee Cake. There’s nothing like allowing yourself to indulge in something simple, healthful, yet gratifying. 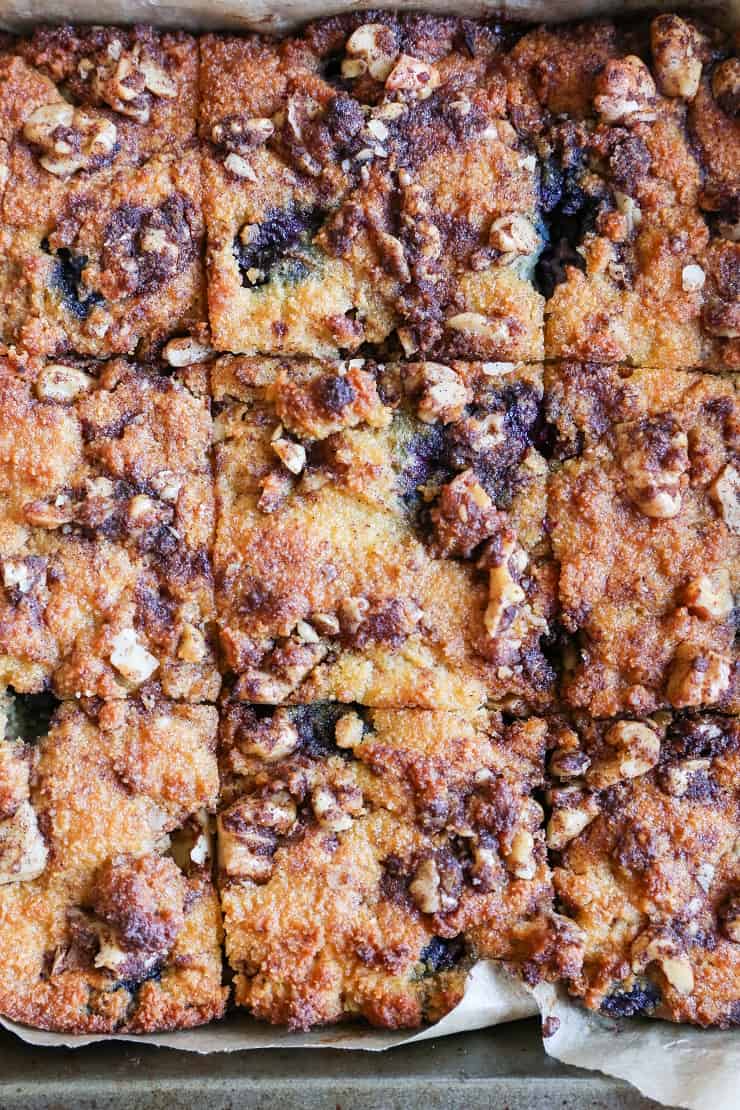 Every once in awhile, there will be a recipe that pops up in my head that I JUST HAVE TO MAKE. For the most part, I plan recipes that go up on this site well in advance, and I base them off of special diets (vegan, vegetarian, or paleo) as well as what I’m craving, but from time to time, something will slamdunk me in the brainsocket and stay at the forefront of my lobe until I up and make it. This paleo blueberry cooffe cake was definitely one of those!

You see, for whatever reason, I crave sugar like crazy during the summer, and I was experiencing an epic craving for the Paleo Coffee Cake I posted a few years back. As luck would have it, I had a bunch of blueberries that needed to be used up…so I thought plunking them down in a cinnamon-swirly cake of bliss would be the perfect answer to the bloob dilema. And you know what? It was! 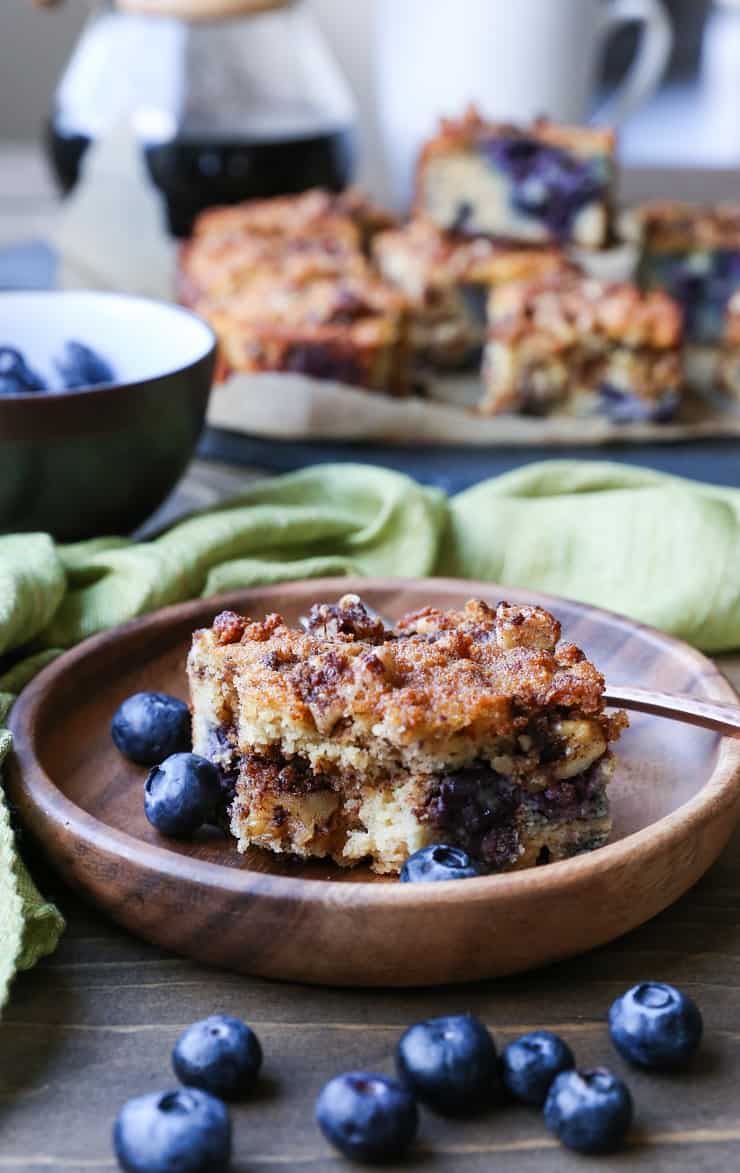 I based this paleo blueberry coffee cake off my original recipe, but took a different approach this time around. I used almond flour rather than arrowroot flour – initially, I was concerned the cake wouldn’t turn out as fluffy, but the texture turned out phenomenally! For those of you who don’t bake with starches or gums, it should come as a relief that you can definitely make grain-free paleo coffee cake without the necessity for them!

This coffee cake does require a tad bit more time to assemble than my usual baked goods, but I do solemnly swear, it’s worth it! Here’s your order of operations: 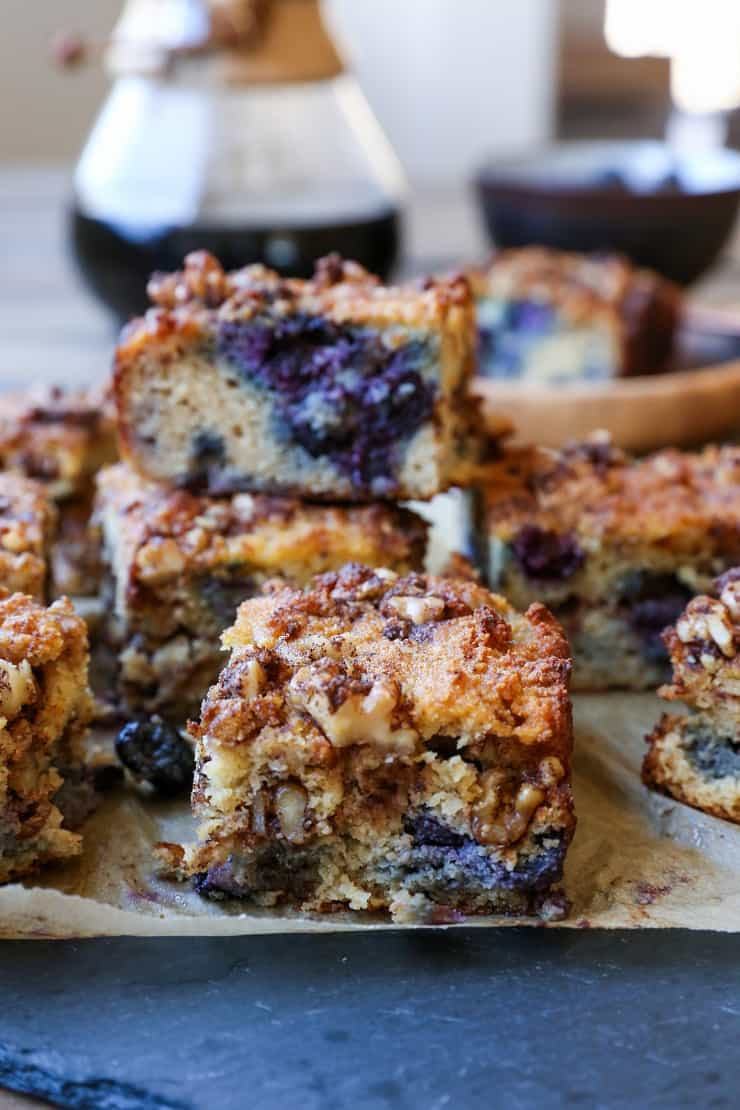 Word to the wise: Allow the coffee cake to sit until it cools all the way to room temperature once it’s out of the oven. It will hold together much better after it sets up! Of course, coffee cake is designed to be crumbly, so a little crumbliness is normal, but you want to make sure you can cut nice big hunks of the cake without it falling apart.

One quick note: In the past, when I’ve posted coffee cake recipes, I’ve gotten the question, “where’s the coffee on the ingredient list?” question, so I figured I’d clarify: coffee cake doesn’t traditionally include coffee (although, you can definitely add instant espresso if you wanted to give it a coffee flavor), but rather is designed to be a goody you enjoy alongside your coffee. Just wanted to point that out to avoid any confusion when you take a gander at the Ingredients list 😉

Like always,  there’s room for changes/improvement/what have you’s, so here are a few ideas for adaptations: 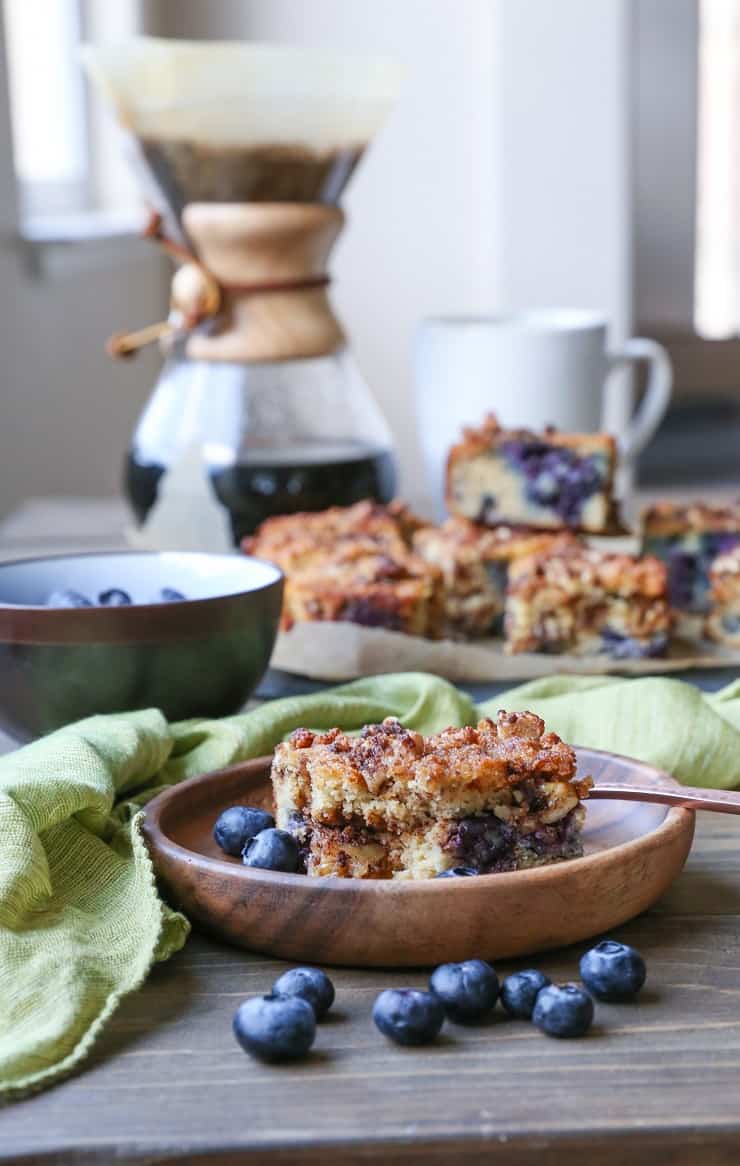 My favorite part about this coffee cake is it goes so well with life in general. I love eating it as an afternoon snack with tea, but it’s also a great breakfast or brunch item. Dessert? Youuuu betcha! Make it a part of your stolen moment session!

If you make this Paleo Blueberry Coffee Cake, please feel free to share a photo and tag @TheRoastedRoot on Instagram! 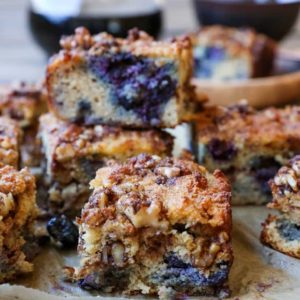 Broccoli Beef (or Mongolian Beef) made quick and e