Thanksgiving stuffing (or dressing) made healthy with Indian-spiced lentils, quinoa, parsnips, toasted pine nuts, golden raisins, and more! A healthful side dish for your holiday gatherings. 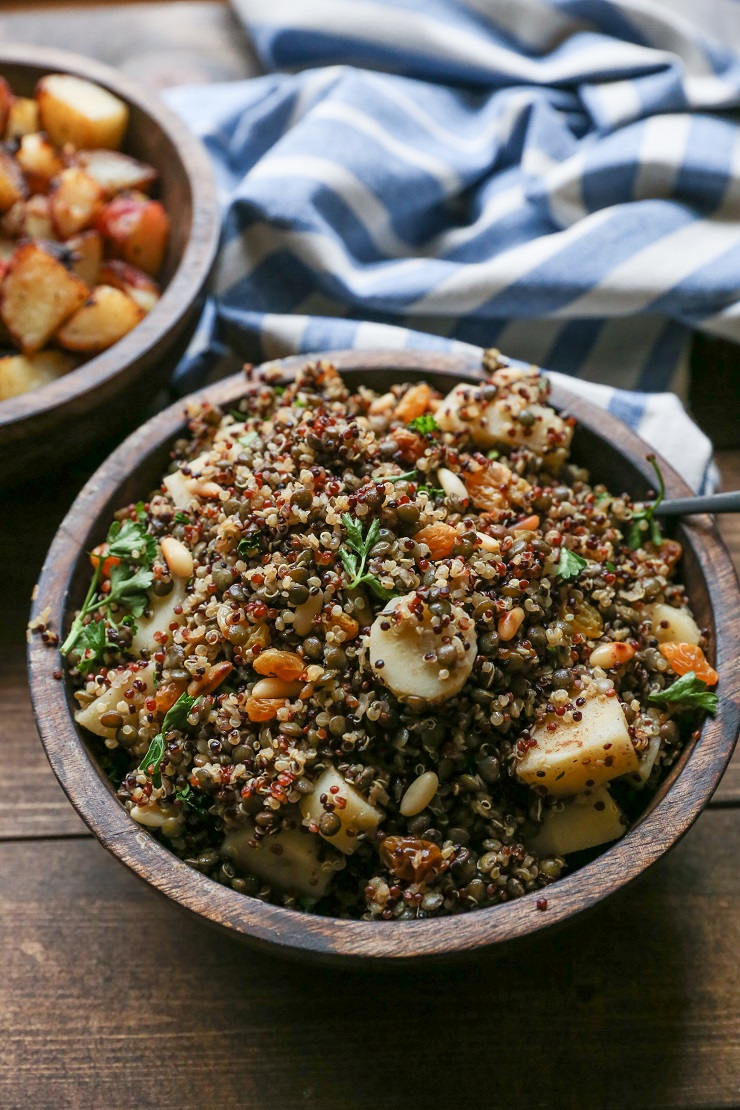 Thanksgiving is quickly approaching and I’m sure those of you who are preparing or contributing to a feast this year are already planning your menu, right? Right? Because you’re an all-star planner McPlans-a-lot, and not at all a procrastinator like me? Right? Great! For those who are in need of a healthier stuffing (or “dressing”) recipe and want a change-up from the ush, I’ve got quite the adventurous dish here.

While I’m all about the Wild Rice Stuffing with Butternut Squash, Pears and Pecans I showed you last year, I thought I’d take a different approach this year. As it turns out, quinoa and lentils spiced with cumin, cinnamon, coriander, and fresh ginger makes for a lovely, healthful stuffing. Add a steamed parsnip, some golden raisins, and pine nuts and you’re slated for a crunchy, flavor-infused dish. 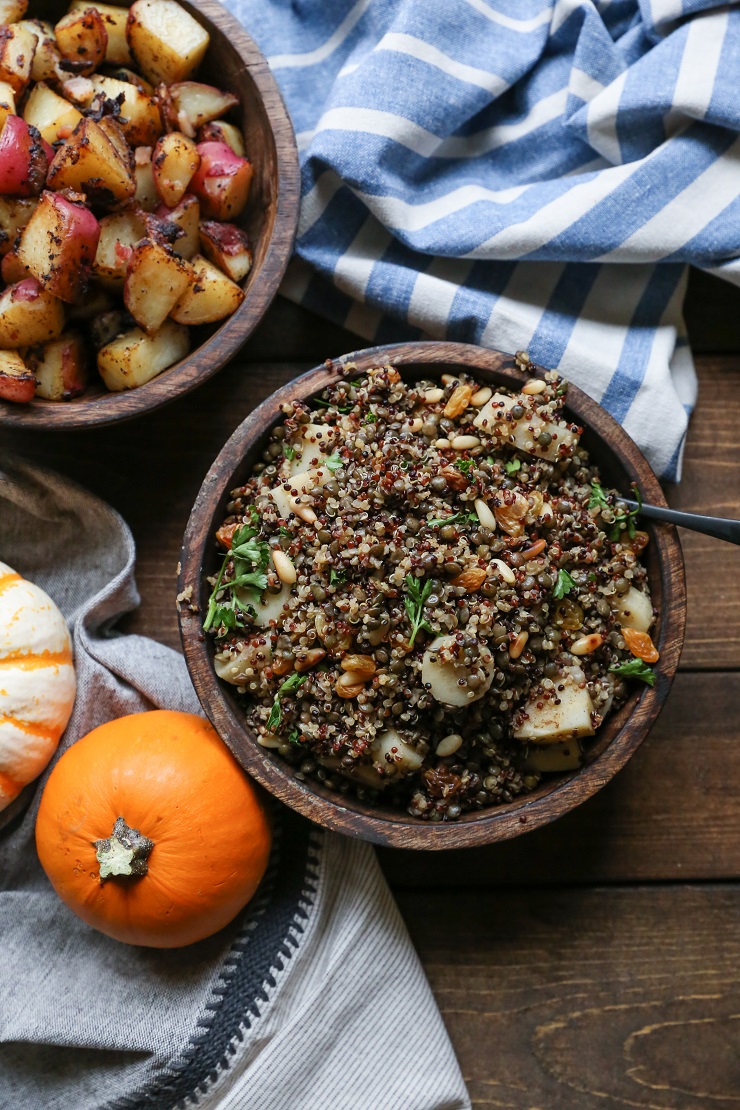 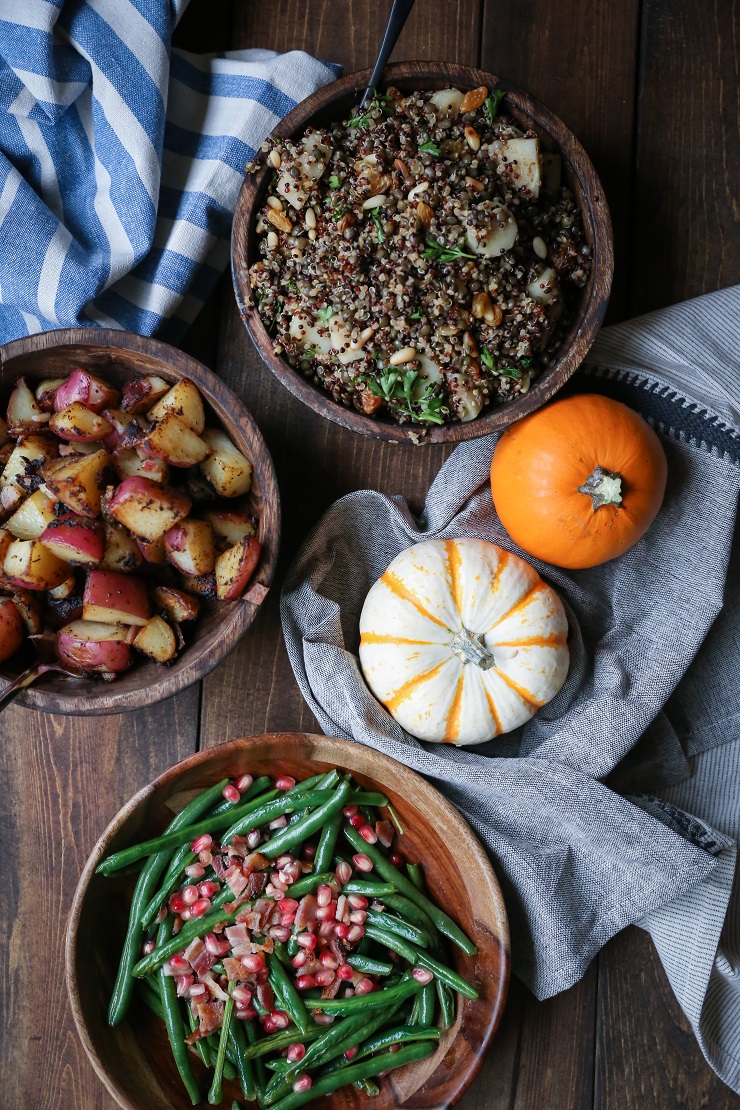 I made this dish as part of the Thanksgiving feast I prepared a few weekends ago, and loved how it rounded out the meal. Having a nutty, light, yet flavorful legume dish was just the ticket for balancing out the carby kabocha squash mash, and paired nicely with the turkey and green beans.

When I prepare quinoa, rice, risotto, lentils, beans, etc., I like to use a high-quality broth for the steaming process in order to maximize flavor, rather than just using water. When it comes to stuffing, using broth is an absolute MUST. I find using broth for cooking quinoa and lentils effortlessly yields marvelous flavor, so that is what I’ve done here. I cooked the quinoa and the lentils in two separate pots (for optimal texture) in Pacific Foods Organic Chicken Bone Broth. 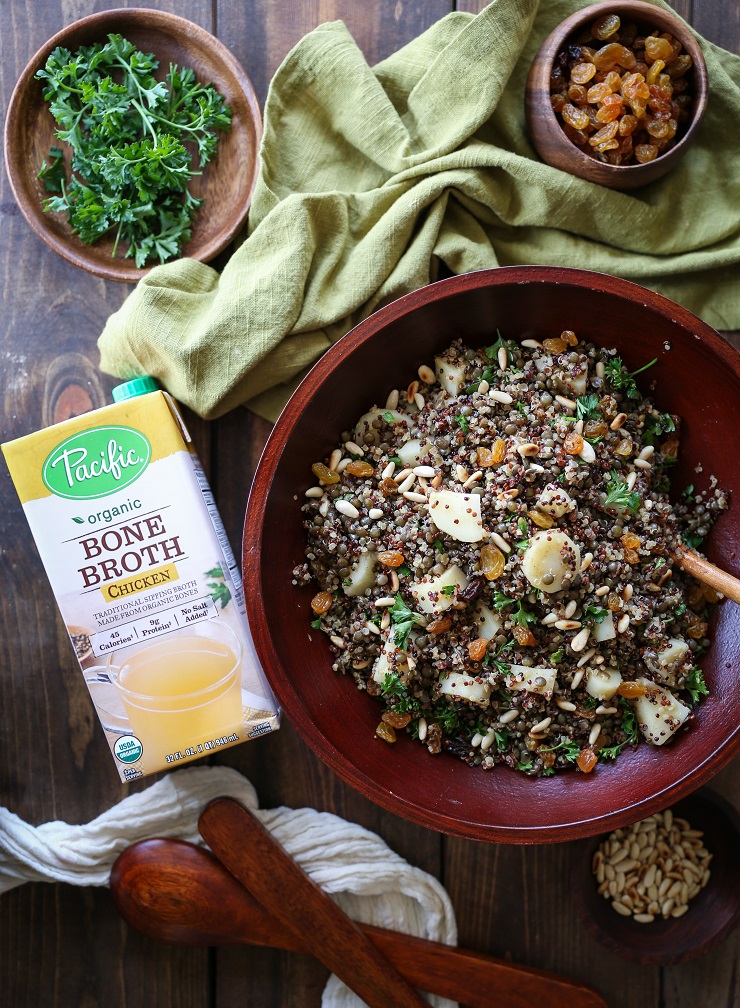 Are you game for this stuffing? Pretty please, vote for it! Pacific Foods is hosting a friendly competition among bloggers, wherein you can vote for your favorite recipe and also have a chance to win prizes. Head over to Pacific Foods Facebook and Instagram page to cast your vote, and enter for a chance to win! 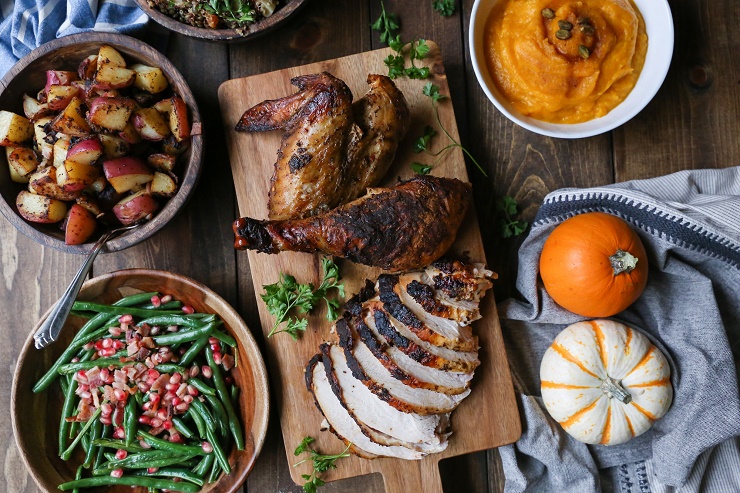 I wish I could say I have everything planned, but I'm getting there! I love that you made stuffing with lentils and quinoa, and those Indian spices sound delicious! Pacific Foods is my go to store bought stock, but I haven't tried the bone broth yet. I need to grab some of that!

This looks delicious! I love the indian spices and the hearty lentil and quinoa combination- tons of protein and flavor :)

So happy you like it, Medha! It's definitely a fun dish and I love how light and healthful it is compared to traditional stuffing ;)

Thanks so much, Alyssa! It's definitely been one of my favorite sides lately. It's so nice participating in this campaign with you! Love your cornbread stuffing, as well! xo