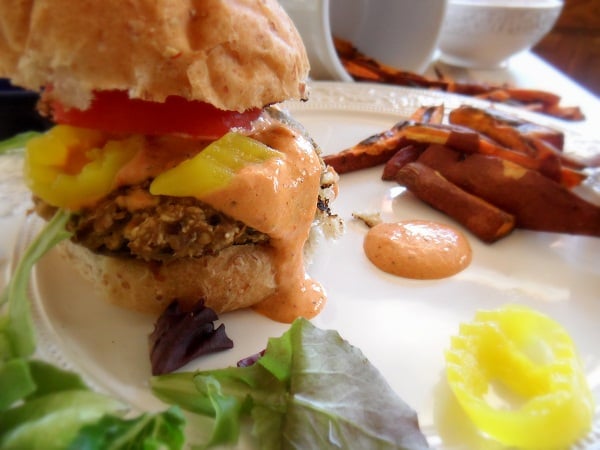 And it came in the form of 75 in a 55.  I’ve always been a speeder. I’m antsy, I’m always in a hurry, and I constantly think I’m late even if there is no deadline for where I need to be.

So there I was, driving like a bat outta hell through the mountains on my way home from work; the sheriff was conveniently parked just after a long stretch of straight downhill so that I could really, reeeeaaally pick up some speed before doing the double, triple, quadruple is-that-a-cop-car-break-tap take (you know, cause if it wasn’t, there’s no way I’d be slowing down).

I was lucky to get a nice sheriff who didn’t give me the reprimanding what-the-hell-were-you-thinking routine…I have two parents and a boyfriend, I don’t need any more of that, thankyouverymuch.

He was cordial. He even laughed and made nice when I pulled a huge stack of Starbucks napkins out of my glove box (what I crook I am) and said he does the same thing to wipe moisture off his windshield in the winter time.  Nice man. Not so nice legal system.

My advice regarding speeding tickets is when you know you’re going to get one, don’t speed (or just avoid speeding in general…I guuuuuuess).

When you know it’s your turn, do a little preventative maintenance.  And if you get a speeding ticket, console yourself with an eggplant burger with red pepper aioli.

It’s delicious, flavorful and comforting without making you feel like gravity weighs you personally at -20.00 m/s² as opposed to -9.81m/s².  This burger does require a bit of time to make, but you can easily walk away from the kitchen and multi-task while the eggplant is on the stove.

For the Red Pepper Aioli

For the Eggplant “Burgers”

This recipe was adapted from Little Gem by Megan Scott

To Make the Red Pepper Aioli:

Preheat the oven to 425 degrees. Lightly oil the red pepper halves, sprinkle with salt and pepper, place on a cookie sheet. Wrap one clove of garlic (skin on) in tin foil and place on the cookie sheet with the bell pepper.  Roast in the oven for 25 to 30 minutes, until bell pepper flesh is soft and the skin is dark brown and flaying away from the flesh. Allow to cool.

When cool enough to handle, separate the skin from the flesh of the bell pepper and discard the thin layer of skin.  Chop the red pepper flesh. Remove the garlic from the foil, remove the skin and chop finely.  Allow red pepper and garlic to cool completely if they are still warm.

Place the yolk in a mixing bowl. Add the vinegar and whisk well. Have a half cup of grapeseed oil ready, and begin adding the oil a teaspoon at a time, whisking vigorously with each teaspoon.

This is somewhat tedious, requires an arm workout, but you will see results pretty quickly.  Once all of the oil is incorporated, the aioli will be thick.

Add the salt and refrigerate until the red pepper is finished roasting (refrigerating will allow the aioli to thicken more).  In a food processor or blender, add the aioli, the red pepper and the garlic.

Blend very well until there are no more red pepper chunks.  Your aioli should be thick and if you would like for it to be thicker, simply refrigerate for a couple of hours.  Serve with sweet potato fries, spread on a sandwich or drizzle over a burger.

To Make the Eggplant Burgers:

In a food processor or blender, pulse the oats until they are more like a flour but still hold some shape.  Set aside.  In a medium-sized skillet, heat one teaspoon of olive oil over medium-high heat.  Add the finely chopped onion and sauté until the onion is fragrant and just beginning to soften, about three minutes.

Add the chopped eggplant and sauté about 2 minutes until eggplant begins to brown on the outside.  Reduce heat to medium-low, cover and allow eggplant and onion to cook for about an hour, stiring

frequently.  You will not need to add any liquid.  At about 40 minutes, the eggplant should begin to lose its square form.

Using a wooden spoon, you can begin to smash the eggplant so that it becomes mushy.

The eggplant is finished when there it has no form, is brown and sticky.  Add the salt and red pepper flakes to taste and stir.  Add the oats and stir to incorporate.

In a different large skillet, heat 1 tablespoon of grapeseed oil over medium-high heat.  Using your hands, separate out the eggplant into three equal portions. Take one portion and form a ball in the palm of your hands, then smash it into a patty.  When skillet is hot, place patties spaced apart and cook for 4 to 5 minutes.

Flip and cook an additional 3 to 5 minutes. The “burger” should be browned on either side and should maintain its form, though you’ll need to be a little careful when flipping.  Serve on a toasted bun. Drizzle the red pepper aioli over the “burger” and serve with your favorite toppings, such as tomato, lettuce, pepperoncinis, a slice of cheese, avocado, etc.

This recipe was adapted from Little Gem by Megan Scott

The recipes look really great, except for in this one, the egg disqualifies the dish from being called 'vegan'. Vegan dishes don't use any animal products !