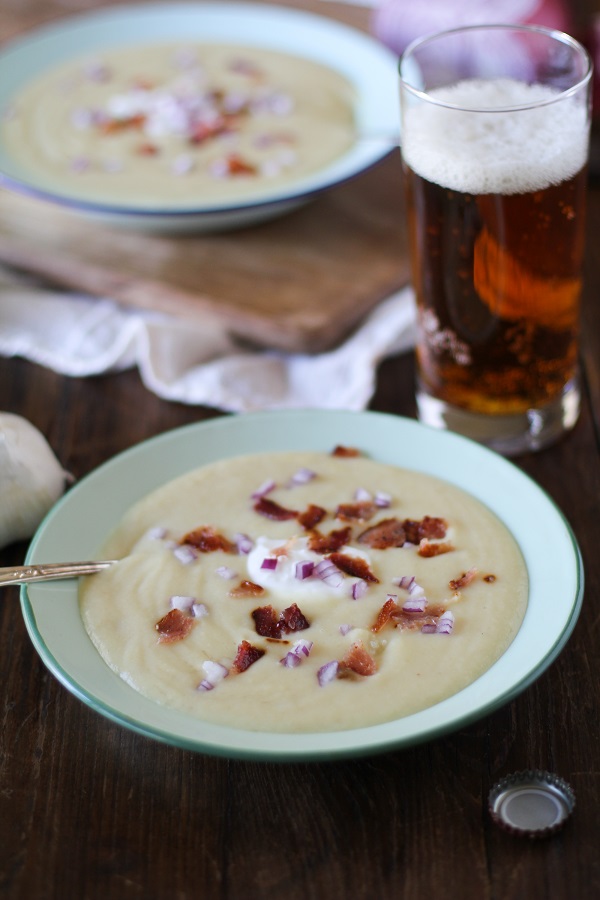 Can we check in? How was your weekend? Did you watch some football?

Did you roast things in your easy bake oven? Eat some cheese or potatoes, slash cheesy potatoes? Drink a beer or twelve? Have a slice or six of bacon? Wish to yourself that you could blend all those things together and slurp them through a straw simultaneously?

Alright, enough about you. In the words of Toby Keith, I wanna talk about me.

Kidding. I just wanted to quote Toby Keith. It won’t never happen again. Until it does. 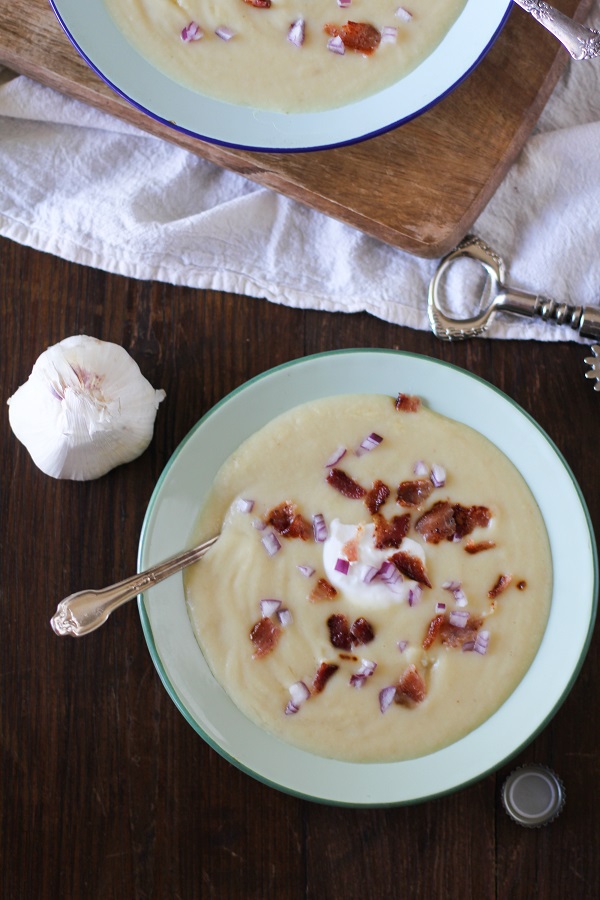 There is nothing that is not in this soup. This soup is your everything, ya dig?

Have I mentioned that anything you could possibly want (short of a cheeseburger with fries and chocolate milkshake) is in this soup? 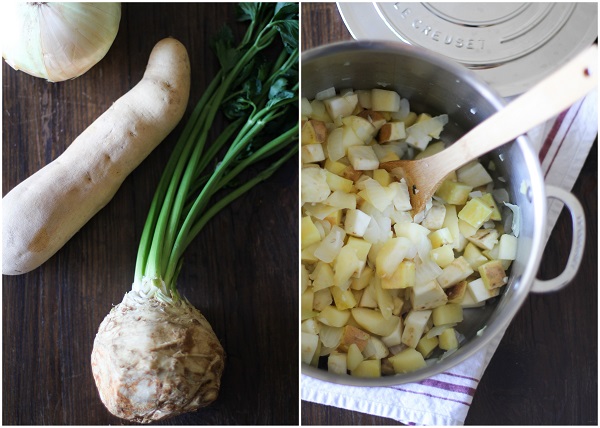 This soup is THICK. And creamy! Like, I actually put half and half AND cheese in it. Which, as you know, never happens.

It’s like the wind blew a certain way last Tuesday, and I was all, “maaaw ffff it, I’m just gonna put ee’erythang in this gawwforsaken soup.” So I did. And that included dairy. And bacon. And beer.

What was I saying?

So what I’m trying to say is, if you make this soup. Pretty please follow the recipe for reals. UNLESS you believe your soup is too thick, in which case, you can add some more chicken broth. But not too much more beer. You wouldn’t want this soup to taste like IPA…cause that shit’s disgusting. Just saying.

Why am I still talking?

*I used Redbridge gluten-free beer, which was great in the soup but not great for drinking (just my opinion, folks, just my opinion). If you use a different beer, I wouldn’t recommend using anything too hoppy, like an IPA. Hops do not a good soup make. The end. 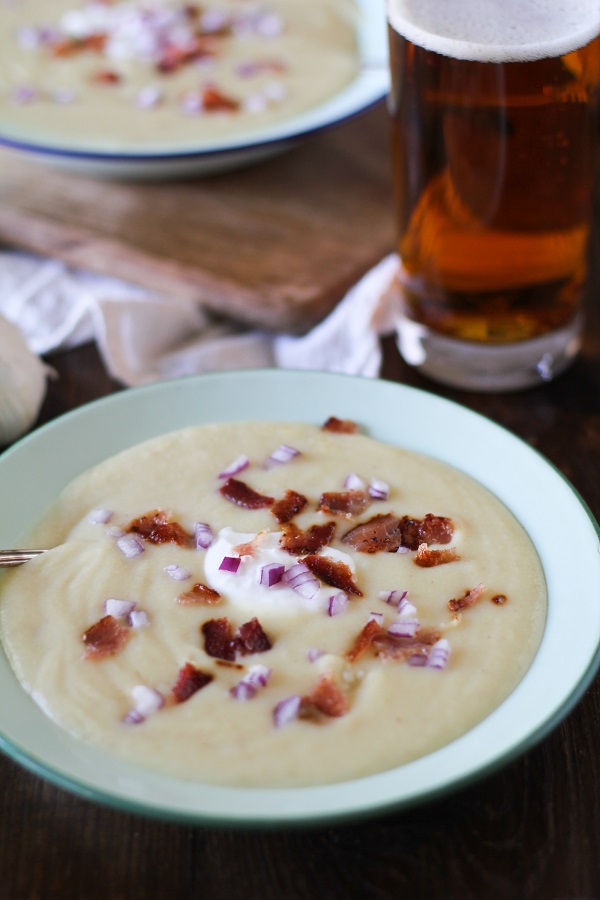 Read the recipe twice, when is the apple added? It's listed in the ingredients but the recipe doesn't have when to add it. I assume with the sweet potato and celeriac.

Sorry about that, Bobbi! You are correct - add the chopped apple to the skillet with the sweet potato and celeriac :) Hope you enjoy! xo

This soup had me at "beer." Soo want to make this now.

This sounds wonderful and want to make it - have everything but white sweet potato-can I use red sweet potato? Would it alter anything? Thanks for a rich, creamy gluten free soup. I will keep following.

Just read all the comments and you answered my question already. thanks.

Thicker is always better. Soup, stuff other than soup, all things. I want to slurp this so hard.

Now that is the ultimate fall soup!!

So glad you like it, love! It's definitely warm, cozy, and filling :D