It’s hot outside. You don’t want soup. Unless it’s chowder. This chowder. 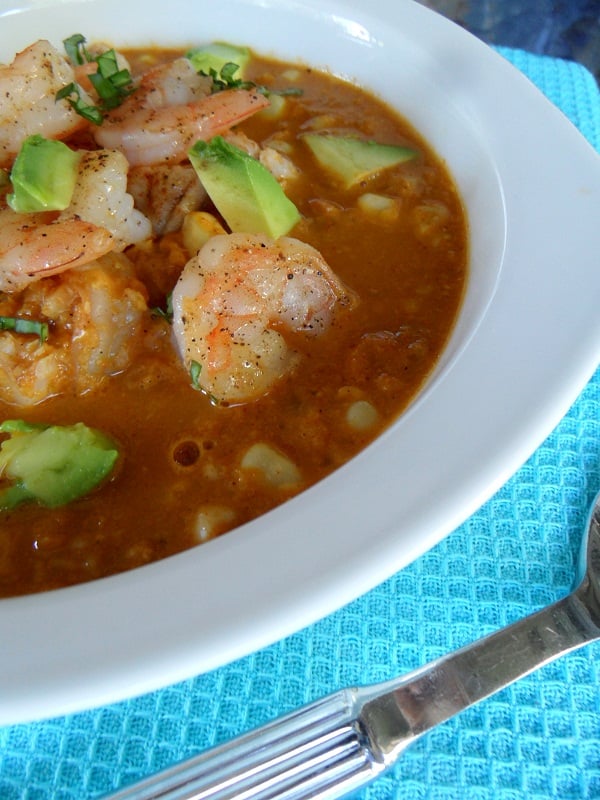 A couple of weeks ago, my boyfriend and I had finished up a mountain bike ride and were ready to ravage a healthy, satisfying dinner. Tired, in need of something quick, and not feeling particularly interested in creating a new recipe, I pulled up my trusty “To Try” Pinterest board. I plopped my laptop in front of Garrett and it took him half of a second to say, “That one!” pointing to a lovely photograph of Bev Weidner’s Smoky Corn Chowder with Shrimp recipe which I had pinned a couple of days prior.  In record time, I agreed with his decision and we set off to the store to pick up some shrimp.

You know Bev, right? Of course you do! She makes delicious savory meals using all sorts of fresh ingredients.  I’d make anything from her website, case closed. I made a few small changes to Bev’s corn chowder recipe, adding a lot more garlic and paprika, cutting back just a tad on the cream and using sole filets in place of bacon (only because we have bacon almost daily although I imagine the bacon would have been wonderful).

I could not have been more happy with the chowder. It was my first homemade chowder experience; I would make this recipe over and over and over. It took about 45 minutes to make from start to finish, produced heaping portions plus leftovers and put the cherry on top of an already wonderful day.  Eat this stat! Bev agrees. 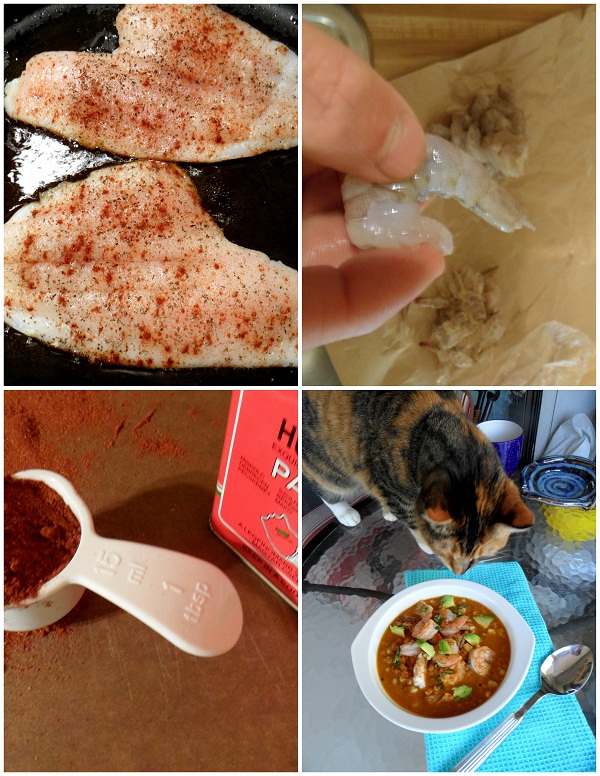 In a large pot, heat one tablespoon of grapeseed oil over medium heat. Add the chopped onion and sauté until translucent, about 8 minutes. Add the garlic and sauté another 3 minutes. While onion and garlic are sautéing, shuck the corn and carefully remove the kernels with a sharp knife. Add the corn kernels to the pot and sauté another 5 to 8 minutes. Add the paprika and stir.  Add the chicken stock and half and half. Bring pot to a boil (increase heat if necessary). Once the mixture has come to a full boil, reduce the heat.

Using a large measuring cup, scoop about half of the soup mixture out of the pot and put it in a blender or food processor. Emulsify until smooth. Pour the blended soup back into the pot. Cover the pot and allow the soup to simmer about 20 minutes. While soup is simmering, prepare your fish.

Sprinkle salt, pepper and paprika on the sole fillets and shrimp. In a skillet, heat 1 tablespoon of grapeseed oil over medium high heat. Place sole fillets in the skillet and cook about 2 minutes on each side. Place on a plate and set aside. Using the same skillet, cook the shrimp about 30 seconds to a minute on each side.  Place the shrimp on the plate with the sole and set aside until chowder is finished simmering. Chop the sole filets into 1.5” pieces and add them to the chowder. Add the shrimp to the chowder. Stir and cook an additional 3 to 5 minutes.