Paleo-friendly and Whole30 compliant Pad Thai made with spaghetti squash noodles in place of rice noodles, and a delicious cashew ginger sauce. An un-traditional yet delicious take on classic Pad Thai 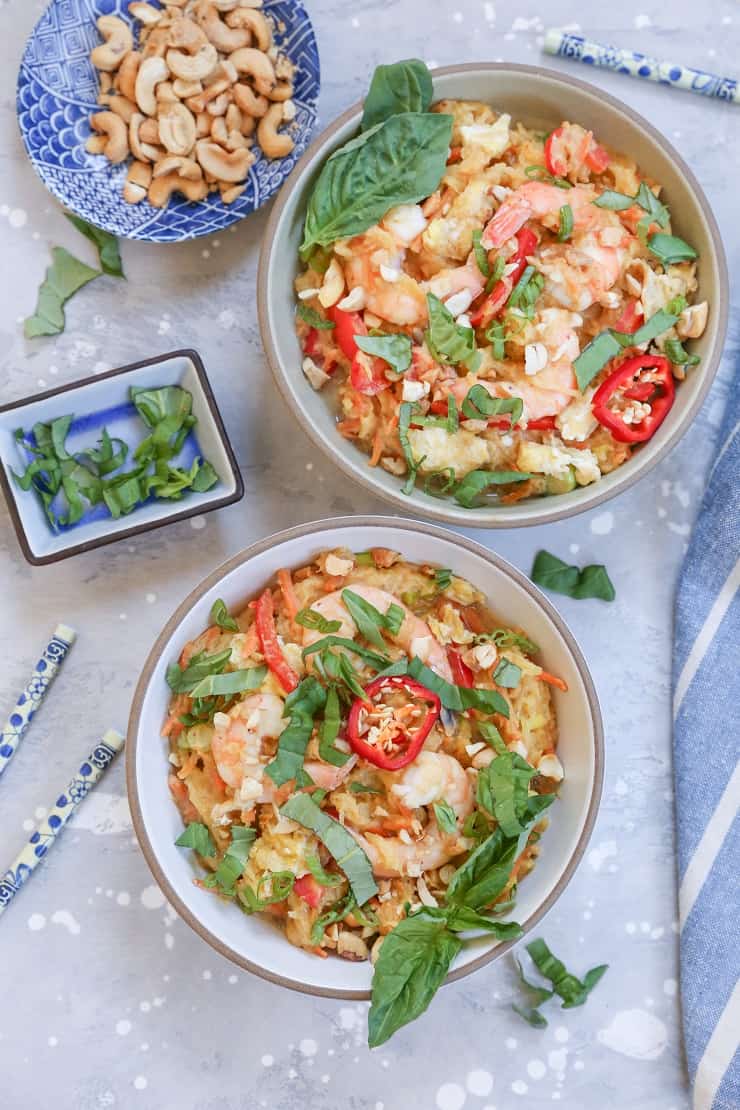 Roughly 67.3% of my diet circa 2000 consisted of Pad Thai. I had the blinders on so hard, I could barely see straight, much less acknowledge other foods. I’d rate Thai restaurants based on the quality of their Pad Thai alone. Too dry? Too oily? The perfect chicken-to-shrimp ratio? Al dente noodles just the way I like? All the right sauce in all the right places? I practically had a score card.

But true to form, the high volume of Pad Thai I consumed eventually yielded diminishing returns until I basically lost interest. It had been a several-year stint since I had eaten the noods…but then one of my girlfriends made a spaghetti squash Pad Thai for dinner, and I about blew a gasket. In a good way, people. In the best way. Visualize it? Yeeeeah! 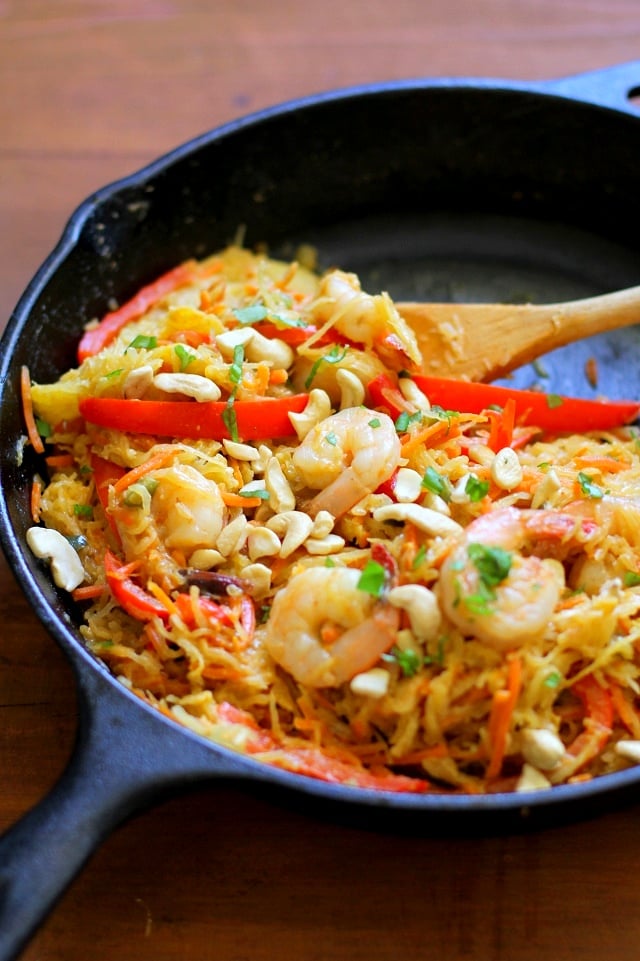 Normally, Pad Thai is made with rice noodles and includes bean sprouts, chicken, scrambled egg and a peanut sauce. So basically, this recipe bears little, if any, resemblance to the real deal. But titling it for what it is: Spaghetti Squash with Sauteed Shrimp, Bell Pepper, and Cashew-Ginger Sauce just seemed to downgrade the meal from awesome status. Ergo, here is my extremely loose interpretation of the classic dish. If you are looking for a more traditional recipe using actual rice noodles, check out my 30-Minute Chicken Pad Thai recipe. 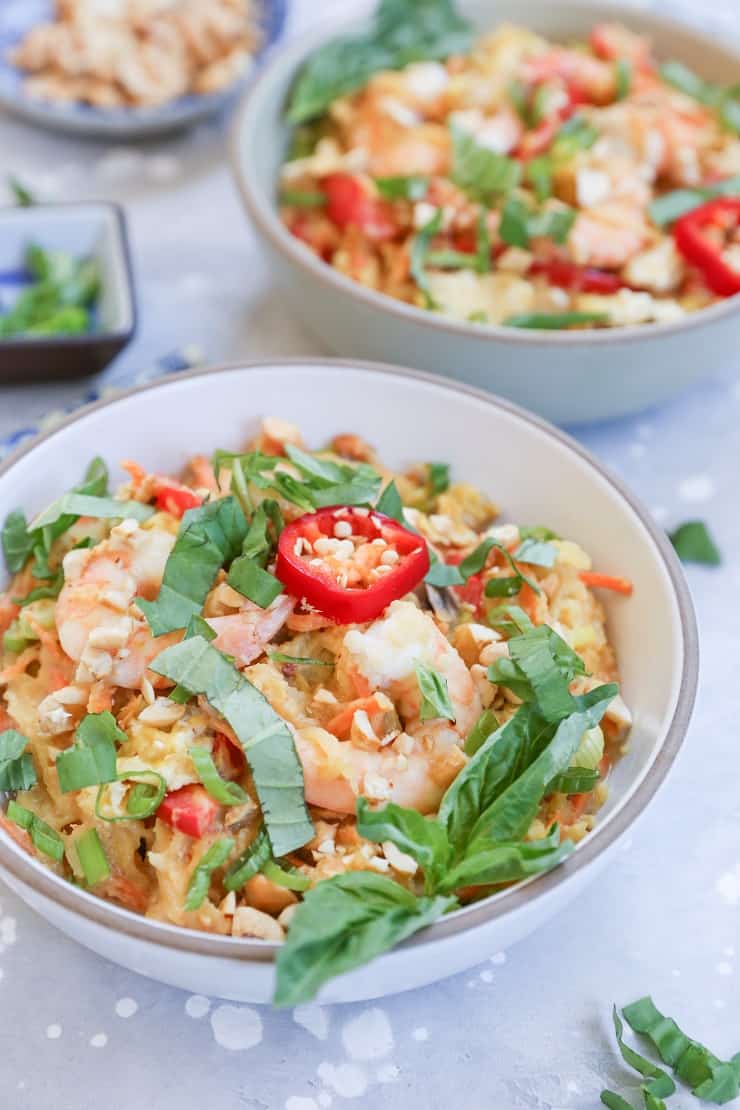 The important features you need to know are the following: 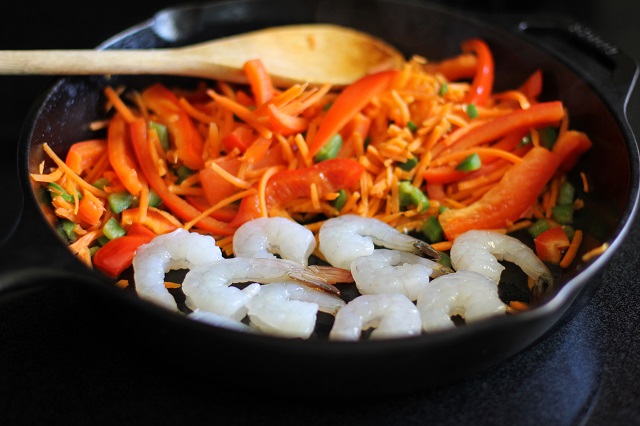 Preparation deets? It takes a bit of time on account of the squash roasting, but it’s fairly simple. If you’ve never roasted a spaghetti squash, follow my tutorial on How to Roast Spaghetti Squash. While the squash is in the oven, you can make the rest of the recipe. Saute the veggies, scoot them to one side of the skillet, then sear the shrimp. Once that portion is finished, whiz up the cashew-ginger sauce in a little blender. Spaghetti the squash, then add it to the skillet with the veggies and shrimp. Pour in the sauce and BINGO we’ve won the awesome meal lottery. 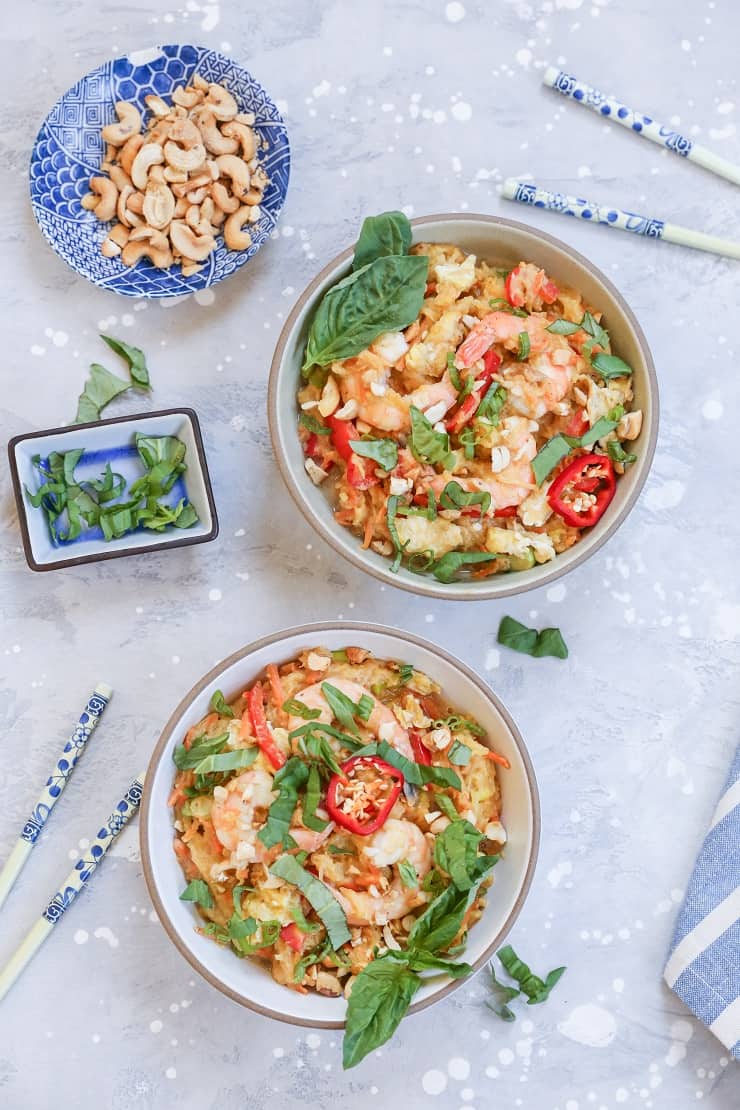 Made this and my family loved it! (even my 4 year old!) The first time we had it, i overcooked the squash so we substituted whole wheat spaghetti noodles and it was delicious. Love the flavor of the sauce! Making it again as we speak :) Thanks for the recipe!

Made a variation of this for dinner last night and I CANNOT get over how delicious it was! That sauce is amazing! Versatile too, I used what I had on hand which was peanut butter instead of cashew, chicken instead of shrimp and shredded cabbage instead of carrots. Was a little afraid of that last substitution but it turned out so. dang. good. Thanks for the inspiration, this will definitely be my go-to spaghetti squash recipe.

I made this tonight for my boyfriend and myself. It was incredible! I had to use almond butter because I ran out of my raw cashew butter...and it was still perfect. I will most definitely be making this again! Thank you :)

YUUUHS I'm so happy to hear it, Erika! I'm glad the almond butter worked out, and thank you for your sweet note!!

Hi, I regular top blog readers, and your blog is in my one of top blog reading list, I really love and like reading your blogs! And I really liked this post as well.. All the best keep writing.

Pad Thai is one of my FAVES, and I would've never thought to use spaghetti squash in it! Totally giving this a go soon because holy cow, we love pad thai!