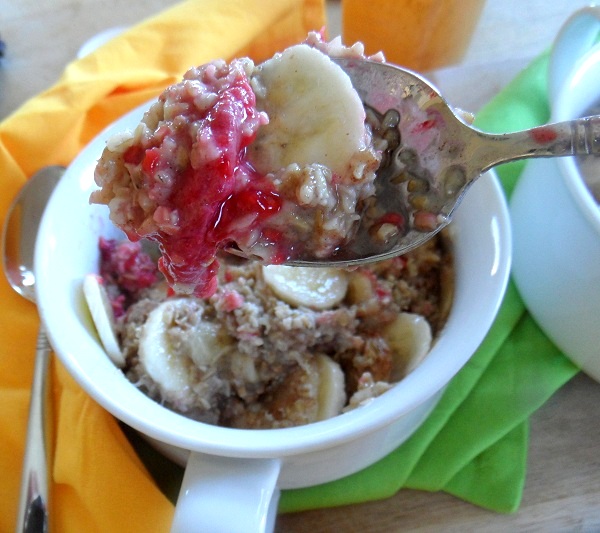 Karma really comes around full circle to bite you in the ass. No joke. It may take a while, but it does. And it did to me yesterday. 5 times in a half an hour.  Took roughly 6 years to come back to me, but I finally got my karma. Here’s the deal: on a number of occasions, I have been lucky enough to witness someone falling off a treadmill.  Kay? Falling off, no joke…it’s mean; I laughed, but I saw it happen more than once and it tickled me pink. Pink I tell ya.

My gym got new spinner bikes. Schwinn. Really nice, oiled up…they track rpm, kilometers, time, the whole bit.  I love a good spinner bike.  But I was so used to the old ones….that had broken rpm meters…that made noise when they’d spin…that had different pedals.  Different pedals. This is where karma bit my ass.

I do intervals. 2 minutes up mashing away, 2 minutes down on the booty. Repeat 5 to 7 times, depending on my energy level. So the new awesome Schwinn spinner bikes have different pedals than my oh-so-accustomed feet are used to. I stumbled on all five intervals that I did during my workout yesterday. All 5. One was pretty bad, the other 4 I tried to pass off like I was stopping for air then re-starting. Yeah right, I fooled no one.  I didn’t fall all the way off the bike, but anyone who was viewing my lack of graceful spinning was probably tickled pink. That’s okay, they’ll get theirs.

Case in point: people are creatures of habit. And muscle memory remembers.  Breaking a habit (with the old crappy pedals) can be so tough sometimes that I don’t even want to use the new souped up spinner bikes today. No desire. I’ll take a wander on a hiking trail instead, mmkay thanks.

So how about some baked oatmeal? It won’t make you fall off a treadmill or make you stumble on a new spinner bike, but it may just tickle you pink.  I love oats. Oats, oats, oats. I refuse to eat them unbaked now. I turn my nose up to oats that haven’t been baked in the oven.  If you like oats, follow me into the land of baked oats. They love you, you’ll love them. And after karma comes to get you, this bowl of steel cut will be there to console you. Every time. 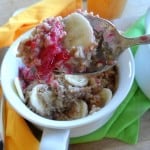 Keep in mind, I tend to use banana as my "sweetener" in oatmeal, so feel free to adapt this recipe to include brown sugar, agave, honey, or your sweet of choice. Cut out the banana if you're not a banana person.

A complete tutorial on How to Make Chocolate is ne

Creamy Cauliflower Casserole for everyone gatherin

Ground Turkey and Vegetable Soup has been blowing

This week’s meal plan is up on the blog! It incl

I’ve been busy behind the scenes whipping up sid

Grain-Free (Paleo) Apple Muffins made with no adde

One of the easiest methods for preparing salmon is

If you’re trying to get prepared for the coming