This is a sponsored post but all opinions are my own.

When you spend a great deal of time in the kitchen, you form bonds with your various cooking utensils and appliances. You have a favorite wooden spoon, mixing bowl and casserole dish. And your cast iron skillet? Forgeddaboutit.

If my cast iron skillet were a person, he’d be Sean Connery. Well-seasoned, smart, and always knowing the right thing to say. For instance, I may ask him, “what should we make today, Sean?”

His response may be an immediate and without hesitation, “cheeseburger.” Or with one eyebrow raised and the look of a smoldering temptress, “cake.” Thanks, Connery. You sure know how to put a smile on a girl’s face, you cheeky skillet.

This cake…It’s a straight up hootenanny. Here’s what you need to know: It’s vegan, made in a cast iron skillet, and it’s the way you should eat all your oatmeal.

I used two vegan flax “eggs” to make the cake. Flax eggs are not a eggs at all – they’re just water mixed with ground flax seed.

This cake is a bit of a process, but it’s worth every step. You end up with a crispy-around the edges, moist and oat-y, blueberry-studded, suitable for breakfast CAKE. Don’t get me started on the coconut drizzle. It is the rum to your raisin. The muffin to your top. The love to your handle.

For the Coconut Drizzle

To Make the Cake:

To Prepare the Coconut Drizzle: 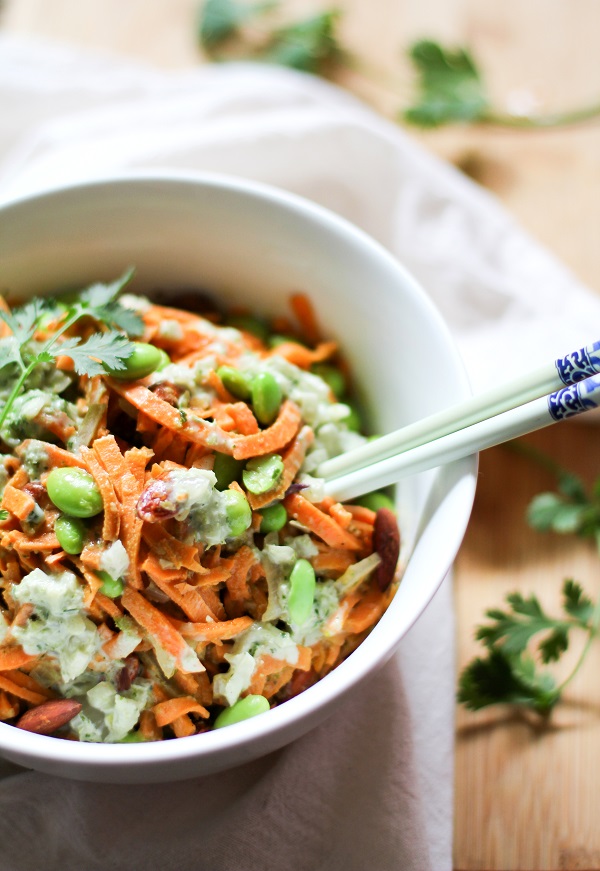 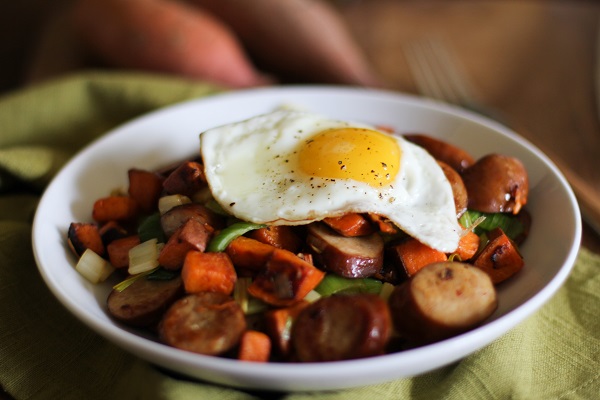 ummm, you are hilarious. not sure why i havent been following you sooner (thanks for the tip, Alexis the Hummusapien!). also, this looks amazeeeee. i might be drooling at my desk. i am way too lazy to make this, but maybe for a brunch or something ill give it a go. first, i need a cast iron skillet. i need to find a healthy talented chef boyfriend who will make this for me. and feed it to me while fanning me with a giant feather and telling me how beautiful am. now THAT would be perfection. :)

Hoooooollllyyyyyy moly. When can I come over for breakfast?!?! This is seriously the stuff of dreams! That coconut drizzle was the perfect touch. Faceplant!

I just got a cast iron skillet for our wedding shower and have yet to use it! Now I know what I'll make :) This breakfast cake looks super duper tasty! Blueberries AND coconut drizzle. YUM! :)

My cast iron skillet and I are buddies. This cake looks down right tasty. I'll take a jumbo hunk with extra drizzle. Pinned.

I eat oatmeal everyday for all the days, but sometimes I need a new way! I don't have a BIG skillet...but I have two of those cute little minis...so I can make this in those. I just can't guarantee that coconut drizzle will make it to the oatmeal. I want it pour it all over my feet, my hair, my face. Like everyone else....cake for breakfast? YES. Pinned!

How CUTE would mini skillet oatmeal cakes be? You MUST try the recipe using your mini cast irons and send me a picture. Yes, I want to bathe in the coconut milk drizzle. It's what dreams are made of